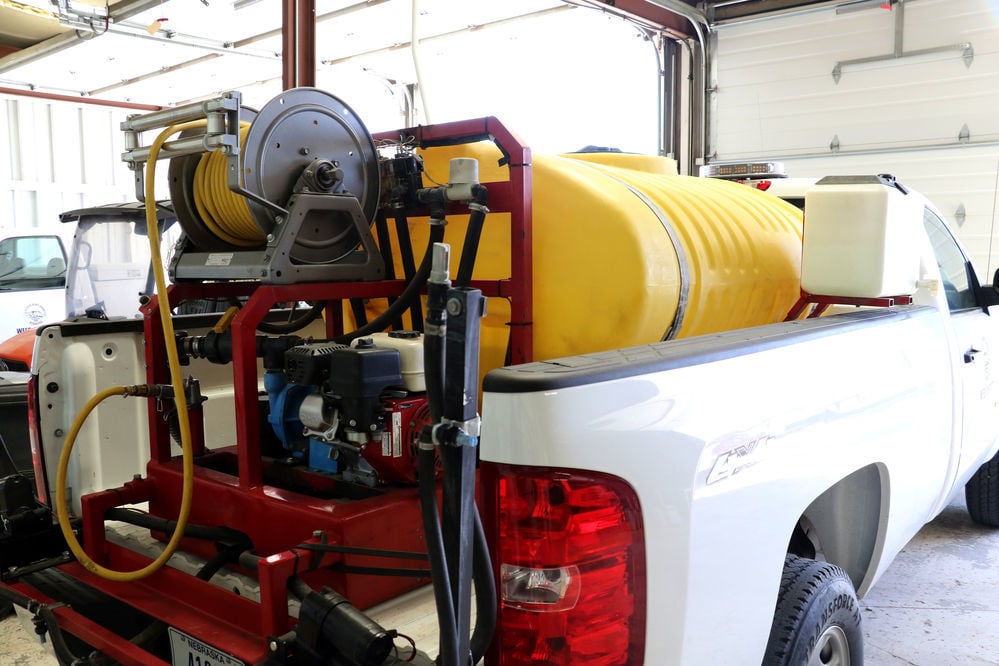 Scotts Bluff County weed control spraying equipment has been put to heavy use during this season of noxious weed growth. 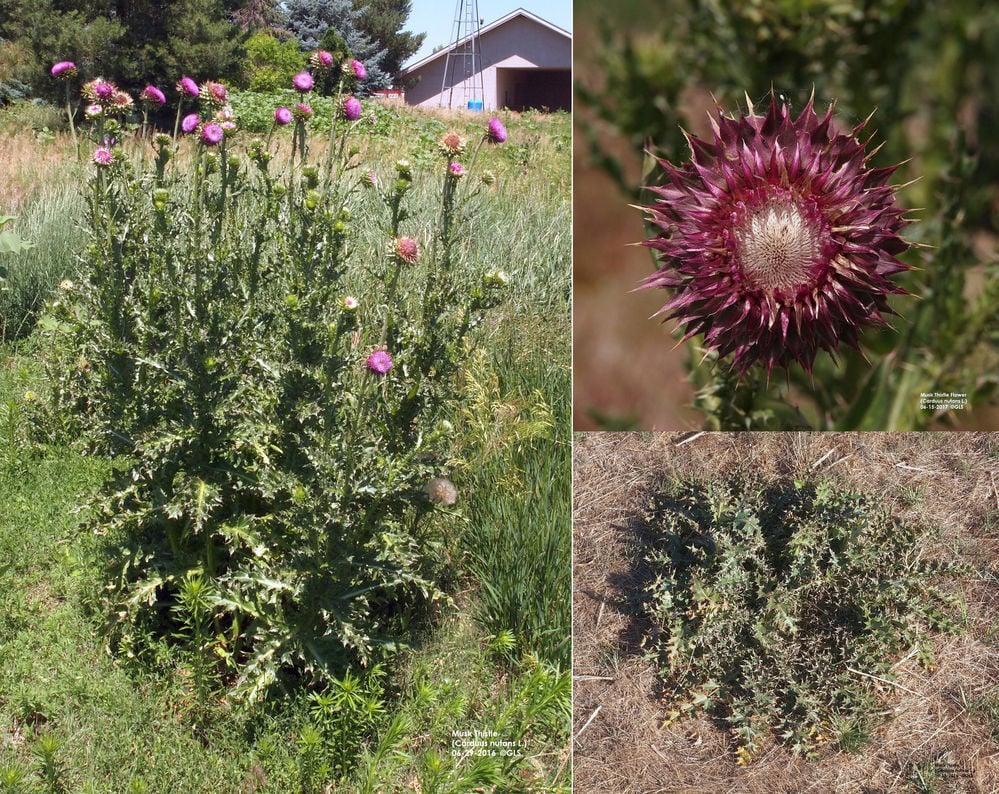 Scotts Bluff County weed control spraying equipment has been put to heavy use during this season of noxious weed growth.

“Most of our stuff that we see where there is a significant problem is in pasture land or in unfarmed areas, down along the river,” Schledewitz said, “We were down on the river by Henry today and there are some terrible issues with Canada and Musk thistle in those areas.”

As the county’s weed superintendent, Schledewitz and his department follow a list of noxious weeds from the state, largely made up of non native plants which tend to out compete native grasses, therefor depleting livestock and wildlife resources in the state and local areas.

But the risks of noxious weed growth do not simply impact land owners, Schledewitz said, as most noxious weeds get spread through a variety of movements of equipment, machinery, wind, grain and hay production among other variables, and can easily spread, impacting large area of surrounding land.

“If a land owner calls us they know they have a problem, I would like to go out and visit with them and help them through that and provide some technical assistance,” Schledewitz said.

Schledewitz said, most agriculture producers he works with are extremely knowledgeable about noxious weed growth as controlling those weeds are largely in the producers best interest.

But, if land owners do not take action in killing noxious weeds, county weed control takes action to eradicate growth.

“If we issue a 10 day permit, the land owner has ten days to comply with that law and if that doesn’t work we will do a forced control spray and send the land owner the bill,” Schledewitz said.

Schledewitz said, the variety of herbicides sprayed to control weed growth are not harmful to ground water and a long list of precautions are taken by all members of the weed control department to ensure contamination does not occur.

Due to contamination risks and the movement of herbicide during certain temperatures and wind speeds, Schledewitz said, the times when spraying can be done are very specific, in order to ensure safety of surrounding land and crops.

In his 19 years of work with weed control, unintentional plant injury has only occurred in three instances, Schledewitz said.

Schledewitz said, this summer season marks a challenging and extremely busy time for the weed control department due to a dry season, causing rapid weed growth.

“With a lot of these pivots going in there are a lot of unfarmed pivot corners, a lot of times guys forget about that stuff and you have to pay attention to those areas,” Schledewitz said.

He encourages producers to be aware of the corners of fields and of overall weed growth across pastures and ranges and to be concious of grazing efforts due to issues of overgrazing bringing along rapid weed growth in the place of over grazed grasses.

As the counties weed superintendent, Schledewitz said, he wants the public to know he is ready to help anybody in terms of technical and practical weed prevention.