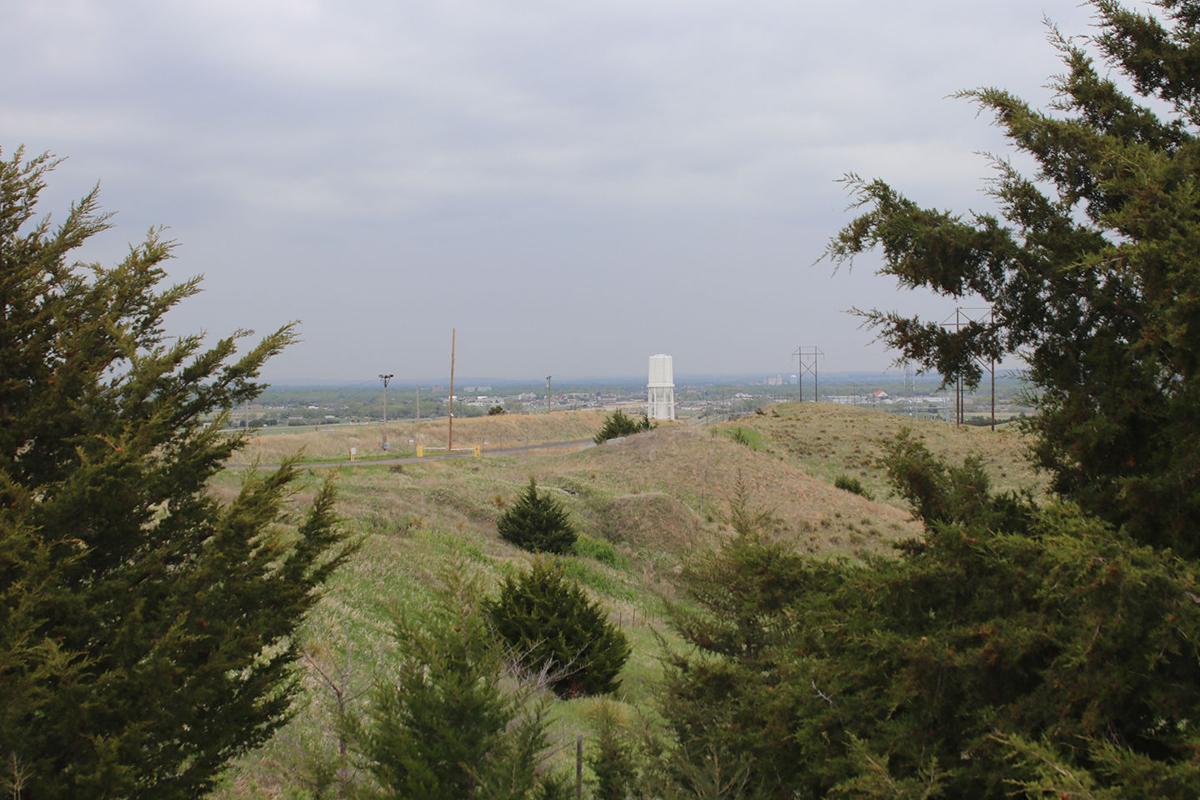 Dodge Hill, just east of U.S. Highway 83 south of North Platte, offers a broad vista of the city and the broader valley where the two Platte River branches merge and continue east. The hill was also referred to as “Inspiration Point” into the 1930s. 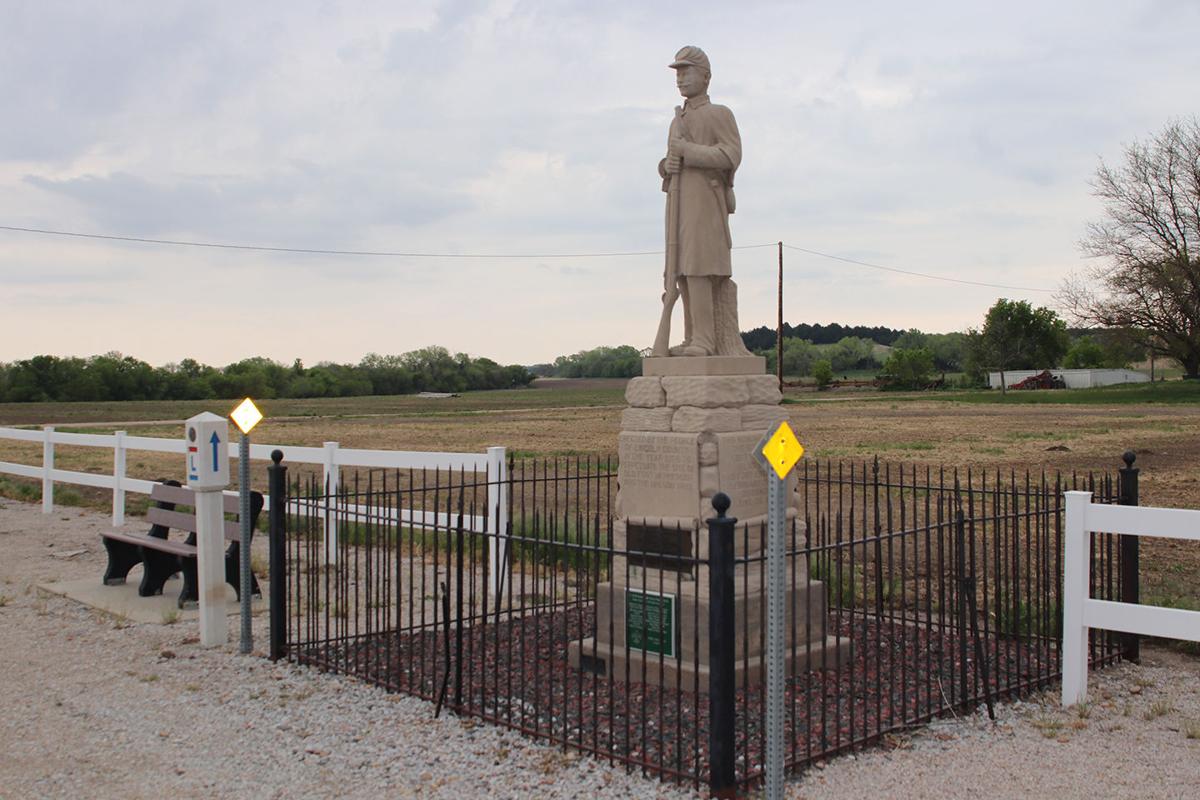 Two historic markers along Fort McPherson Road, southeast of the namesake national cemetery near Maxwell, mark Lincoln County’s first white settlement at Cottonwood Springs. The statue in this one, erected in 1928, marks the location of the original flagpole at Fort McPherson, an active U.S. Army post from 1866 to 1880. The Lincoln Highway post near the fence notes the site’s location on the first transcontinental highway’s original 1913 route through Lincoln County. 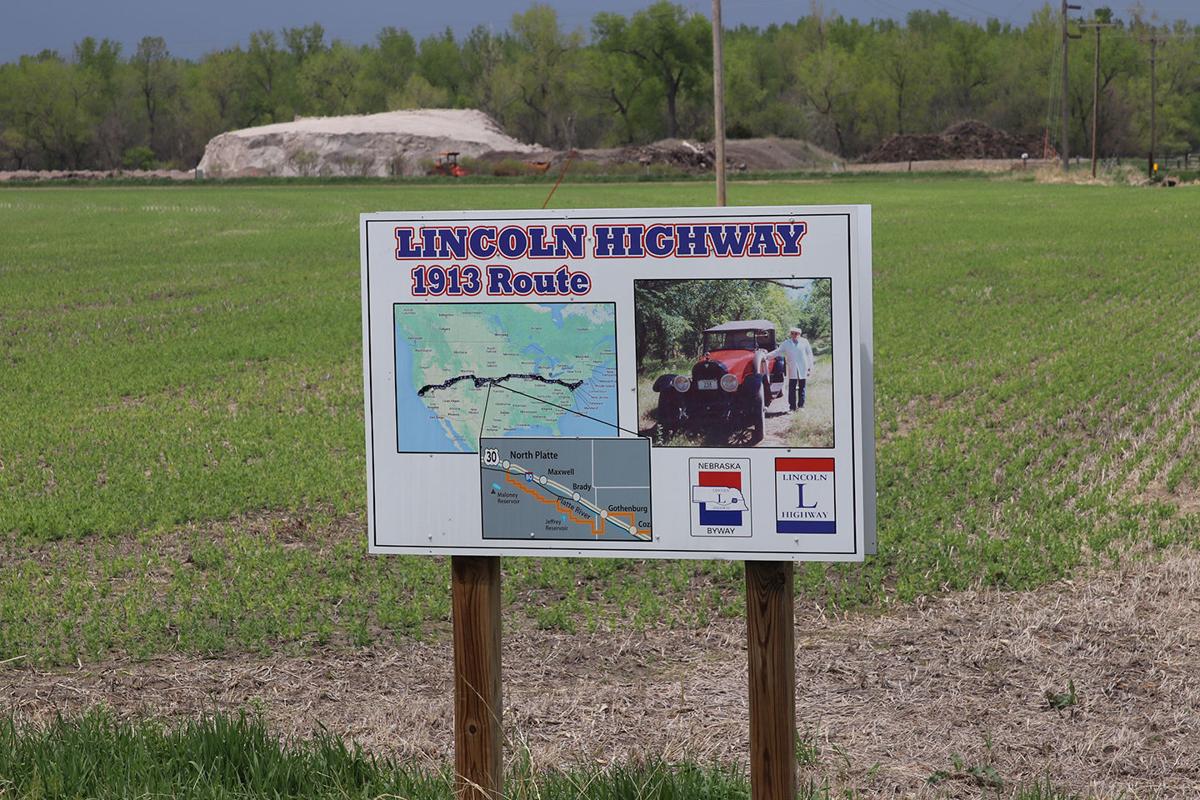 This sign along Nebraska Highway 47 south of Gothenburg marks the eastern end of the 43.8-mile stretch of the Lincoln Highway that followed “stairstep” county roads west and north to North Platte when the first transcontinental highway was designated in 1913. The route follows Dawson County Road 764 to the county line, then becomes Banner Road, Fort McPherson Road and East State Farm Road. Historic “1913 Route” signs with the Lincoln Highway shield mark the way. 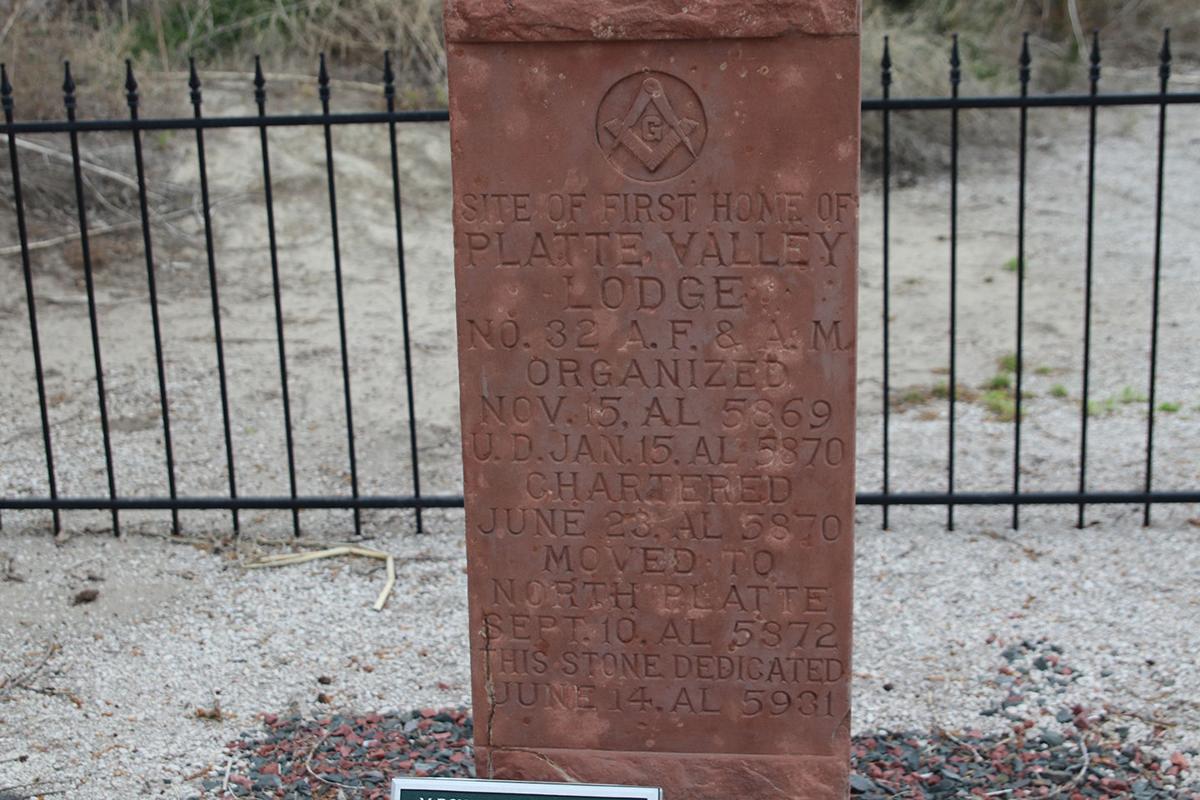 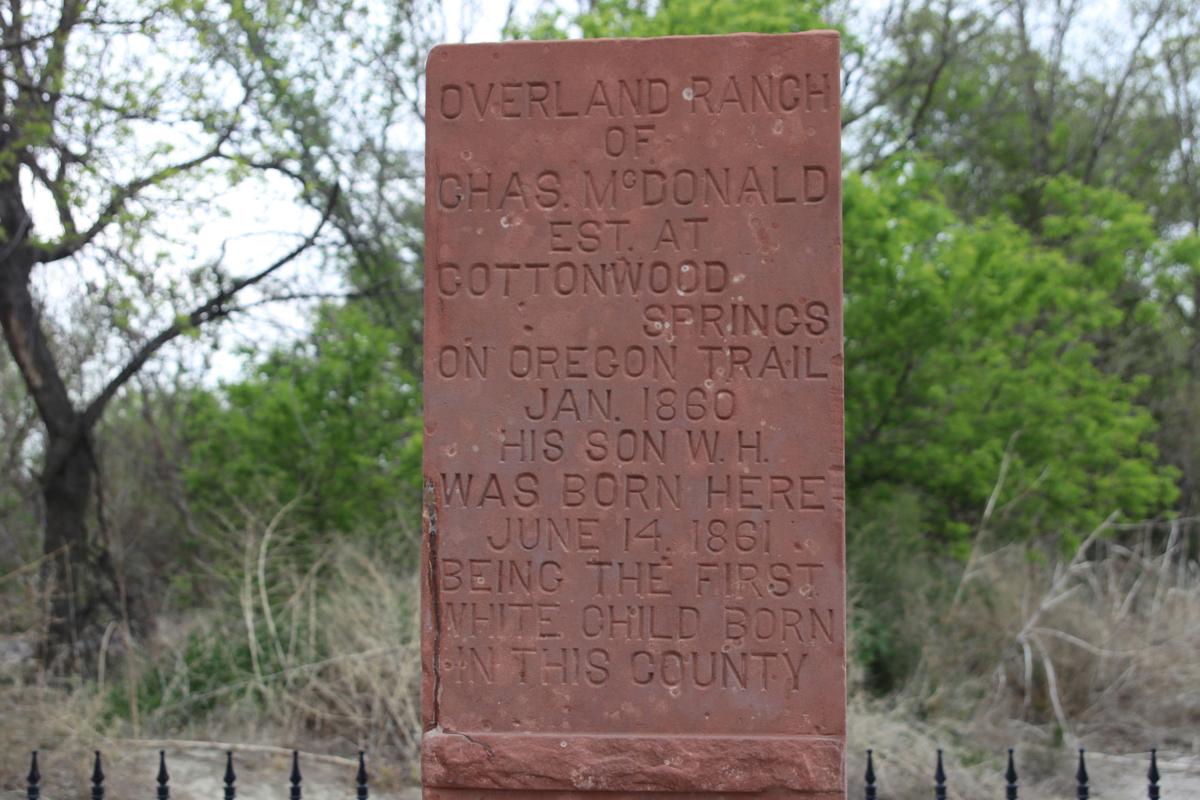 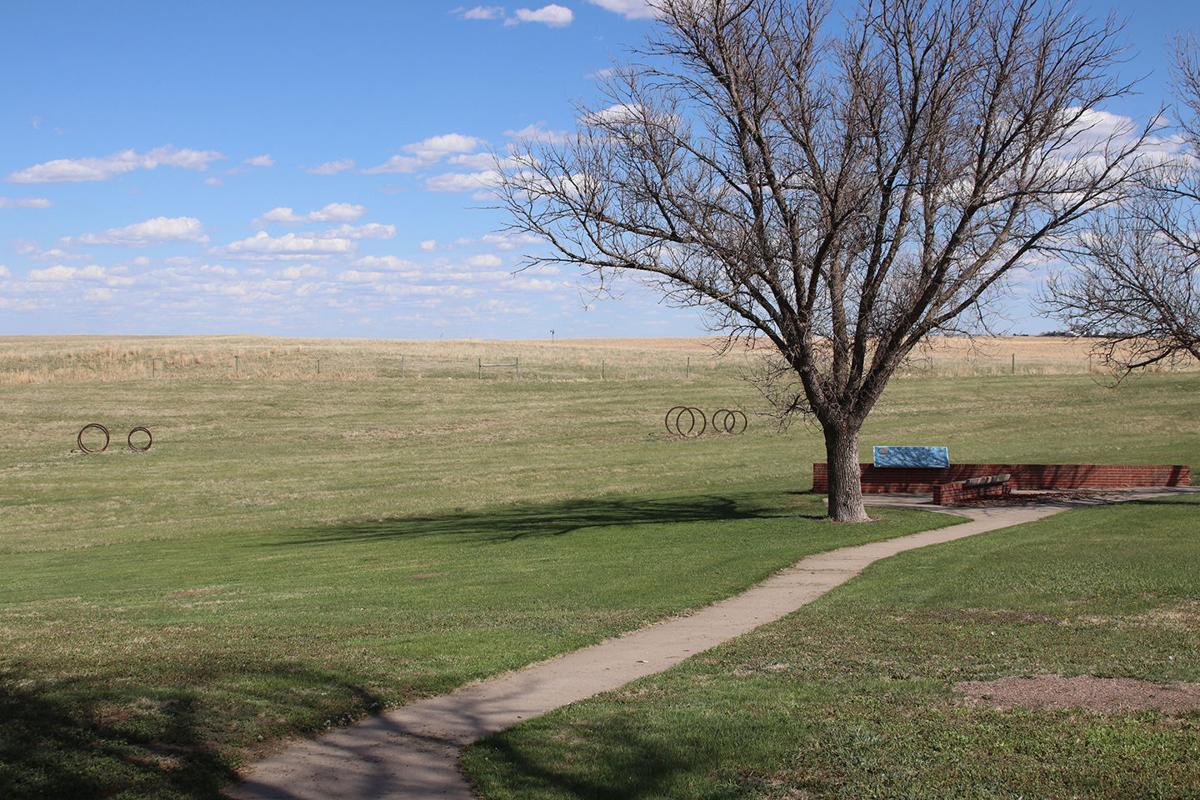 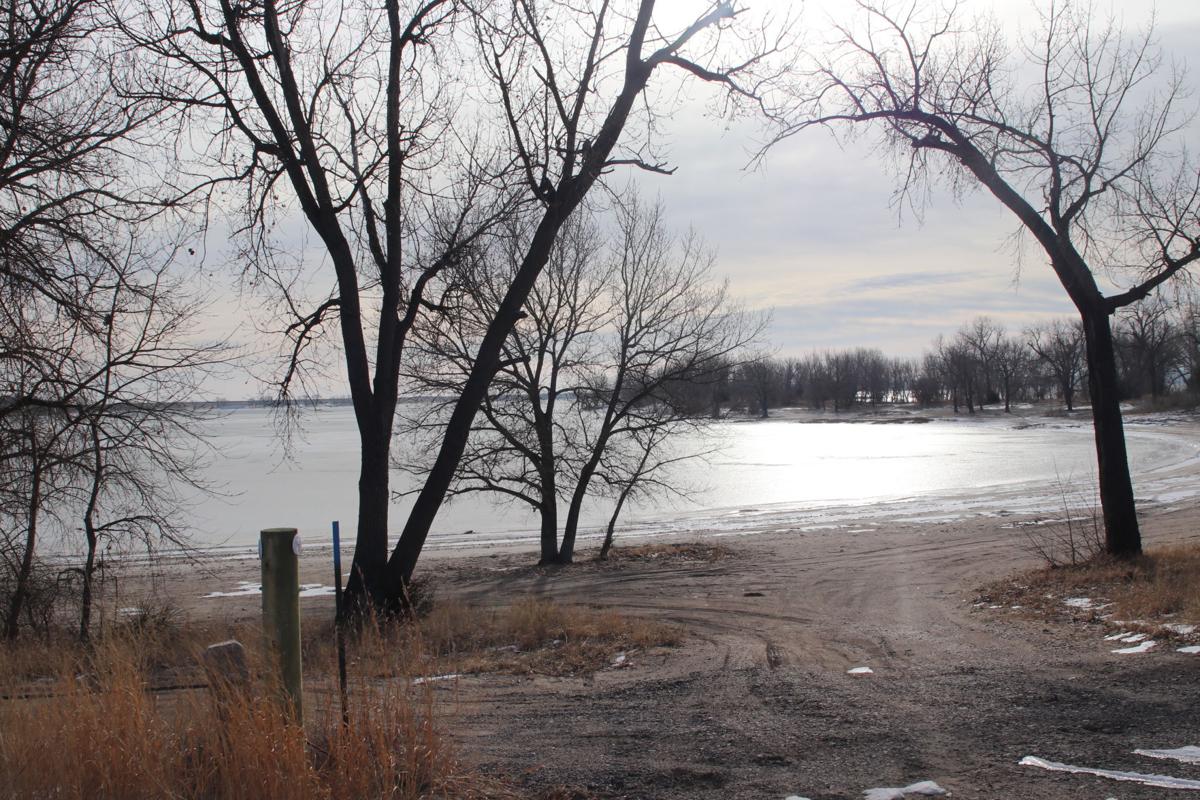 The northwest side of Martin Bay, on Lake McConaughy's northeast side, is shown Jan. 16. 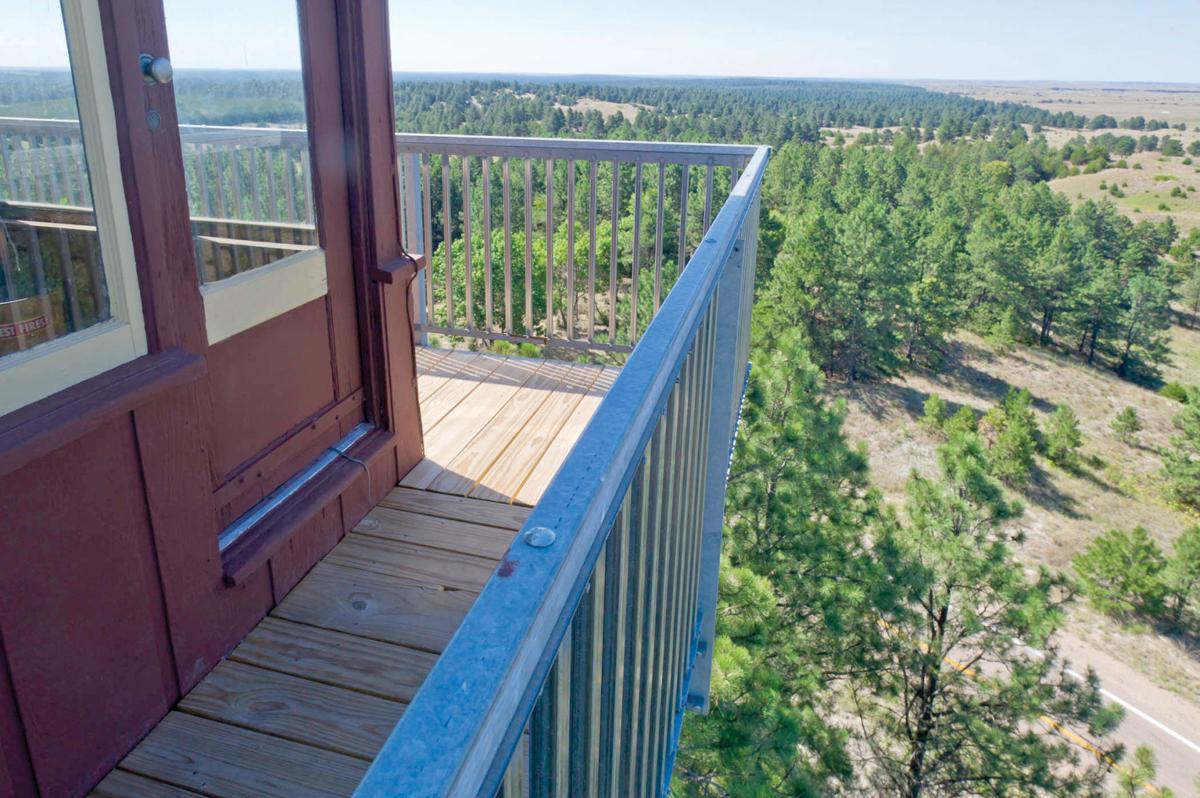 The Scott Lookout Tower, built in the 1940s, looks out over the 222 square miles of the human-planted Nebraska National Forest near Halsey. It’s Nebraska’s only working fire lookout tower.

This sign along Nebraska Highway 47 south of Gothenburg marks the eastern end of the 43.8-mile stretch of the Lincoln Highway that followed “stairstep” county roads west and north to North Platte when the first transcontinental highway was designated in 1913. The route follows Dawson County Road 764 to the county line, then becomes Banner Road, Fort McPherson Road and East State Farm Road. Historic “1913 Route” signs with the Lincoln Highway shield mark the way.

Since statehood, that is. (Actually, one could take that date back to 1854, when Nebraska Territory was established.)

That seems appropriate to remember during this most unusual of Memorial Day weekends in west central Nebraska, where COVID-19 is real but populations are lower and distances between towns are longer.

Even under state “directed health measures” — social distancing, limited gatherings and the rest — the outdoor glories of a Nebraska spring are still there to be enjoyed with just a relatively short drive.

More of our area’s traditional summer activities may become possible in June, July and August. For now, though, we’ve got some ideas — along with some cautions — for getting out of the house next weekend.

It’s a good-news, bad-news situation when it comes to COVID-19 restrictions at the Nebraska Game and Parks Commission’s recreation areas.

Then again, if you love Lake McConaughy but hate the big out-of-state crowds, even the bad news might be good news with travel between states still discouraged.

Game and Parks will allow limited RV camping — mainly at recreation areas that have established RV pads — beginning Wednesday. Reservations should be available beginning Sunday on the Game and Parks site.

Reservations will be limited to seven-day stays, and visitors must have a “self-contained” RV and maintain a 25-foot distance between campsites.

Other types of camping, cabins, lodge rooms and group shelters remain closed through at least May 31. Playgrounds and play structures are closed until further notice.

Even so, Game and Parks says, state parks and recreation areas remain open to “day use” fishing, hiking, bicycling, wildlife viewing “and other recreation that provides adequate room for proper physical distancing among guests who are well.” (Sorry, entry permits and fishing licenses are still required.)

Unfortunately, that doesn’t include state-designated beach and swimming areas, due to “recent incidents involving large gatherings and lack of social distancing at multiple state park venues.”

Some undesignated beach areas remain open for walk-in access and fishing — as long as “social distancing and the 10-person gathering size limit are maintained,” Game and Parks says.

Long story short: If you’re headed for Lake Mac, be smart and keep your distances.

But there are breathtaking McConaughy vantage points that don’t require a Game and Parks permit: the parking area at Kingsley Dam’s south edge, for example, or the overlook up above it at Hill Top Inn.

If you don’t want to chance McConaughy at all, don’t forget about Game and Parks areas like Lake Maloney and Sutherland and Jeffrey reservoirs in Lincoln County. Be health-smart going there, too.

COVID-19 or not, it’s hard to “get away from it all” day trip if lots of people get the same idea you do.

Here’s a couple of ideas that don’t involve more than a two-hour round trip from North Platte but include some places you may not have seen for a while — or ever:

» Interstate rest areas: Even if you regularly drive I-80 from North Platte to Ogallala — or vice versa — you probably don’t stop at the rest areas in between unless you need a quick pit stop.

The westbound Sutherland rest area, like all the ones border to border on I-80, offer picnic tables and walking paths.

And at the westbound rest area just past Roscoe, you’ll find one of Nebraska’s I-80 “bicentennial sculptures” commissioned for the nation’s 200th birthday in 1976.

» The original Lincoln Highway: In this case, we don’t mean U.S. Highway 30, which covers most of America’s first transcontinental highway.

The original route designated in 1913 made use of whatever roads were available. U.S. 30’s direct route from Gothenburg to North Platte wasn’t built for several years.

Today’s U.S. Highway 30 — a much more direct route — had to be built between North Platte and Gothenburg before the Lincoln Highway officially moved onto it in 1916.

Fortunately for car and history buffs, “1913 Route” signs with the Lincoln Highway’s “L” shield have been posted along the original stairstep route.

Dodge Hill, off the east side of U.S. 83 between North Platte and Lake Maloney, was called “Inspiration Point” by earlier generations of residents.

Dodge’s father had a trading post at Cottonwood Springs, which Dodge visited before the Civil War when he was already thinking about an ideal route for what became the Union Pacific.

If you drive north of North Platte, take U.S. 83 a couple of miles past the Nebraska Highway 97 interchange, turn around and look back toward the river valley.

On sunny days, one can see more than 20 miles around — and spot Nebraska Public Power District’s Gerald Gentleman Station, far to the southwest.

If you’re ready, willing and able to make a longer day of it, Memorial Day weekend offers chance to see the Sandhills and southwest Nebraska at its greenest time of the year.

Online visitors can click on any marker for a Google Earth view of the site and Google Maps directions to the marker.

The Oregon-California and Mormon trails naturally lead the region in markers and other outdoor sites to visit, from the Plum Creek area near Lexington to Ash Hollow near Lewellen.

Southwest Nebraska boasts a few historical markers along the northern end of the Texas Trail, including one at Boot Hill cemetery in Ogallala, the trail’s terminus.

» If you drive north on U.S. 83 into Thomas County, you’ll find a great scenic-view turnoff at the Dismal River between Stapleton and Thedford.

If you drive that far, of course, you’ll have to drive back. The Nebraska National Forest’s hand-planted forest lies near Halsey. Or pick a highway or two through the Sandhills and enjoy the rolling green inland ocean.

More of our area’s traditional summer activities may become possible in June, July and August. For now, though, we’ve got some ideas — along with some cautions — for getting out of the house next weekend.