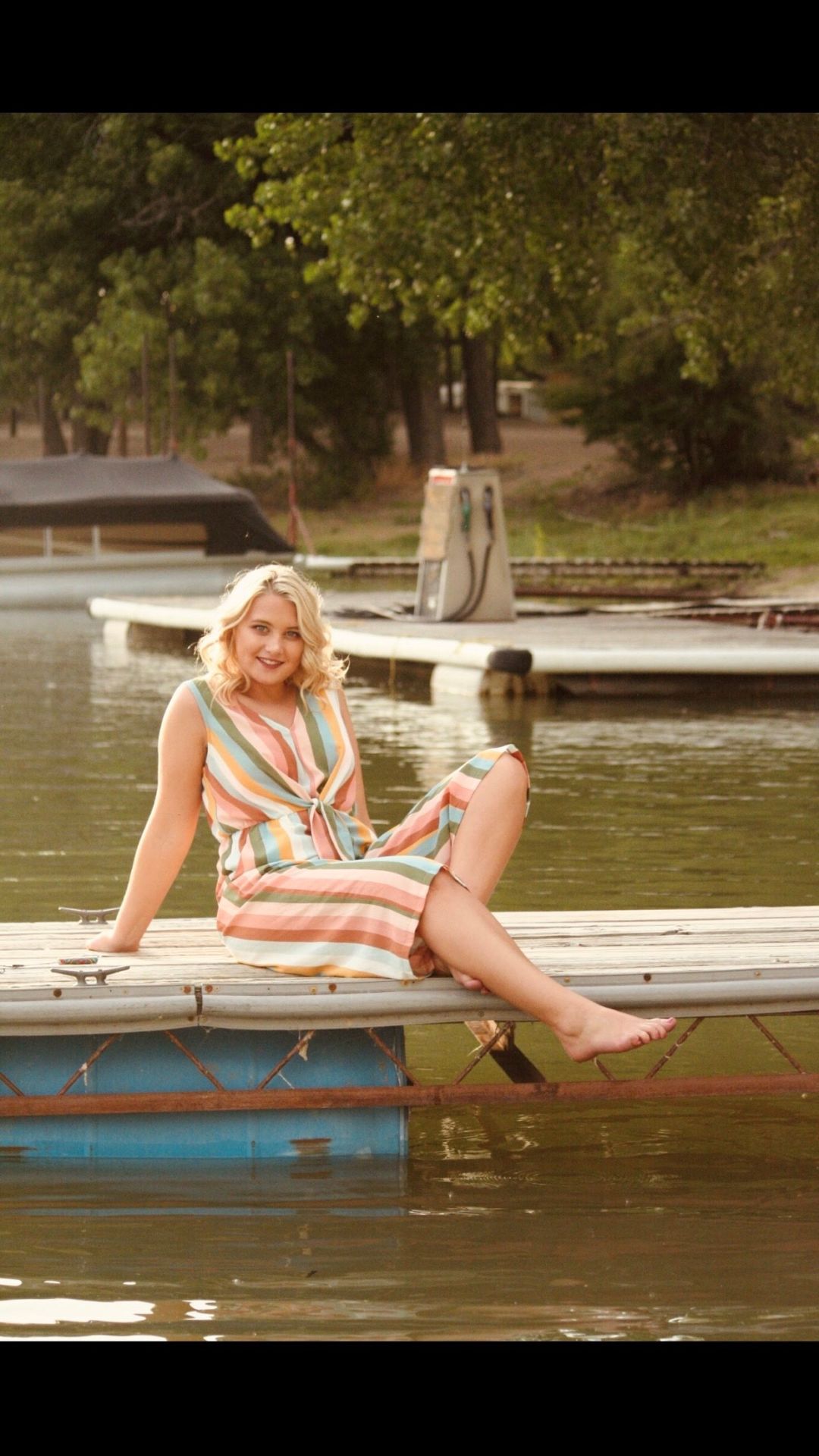 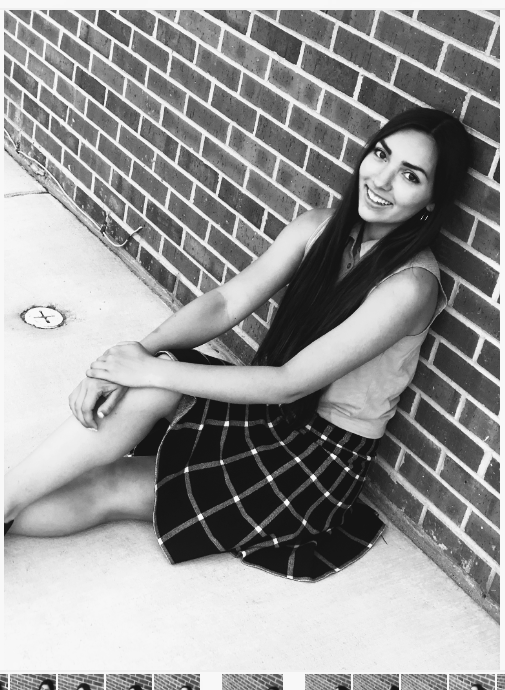 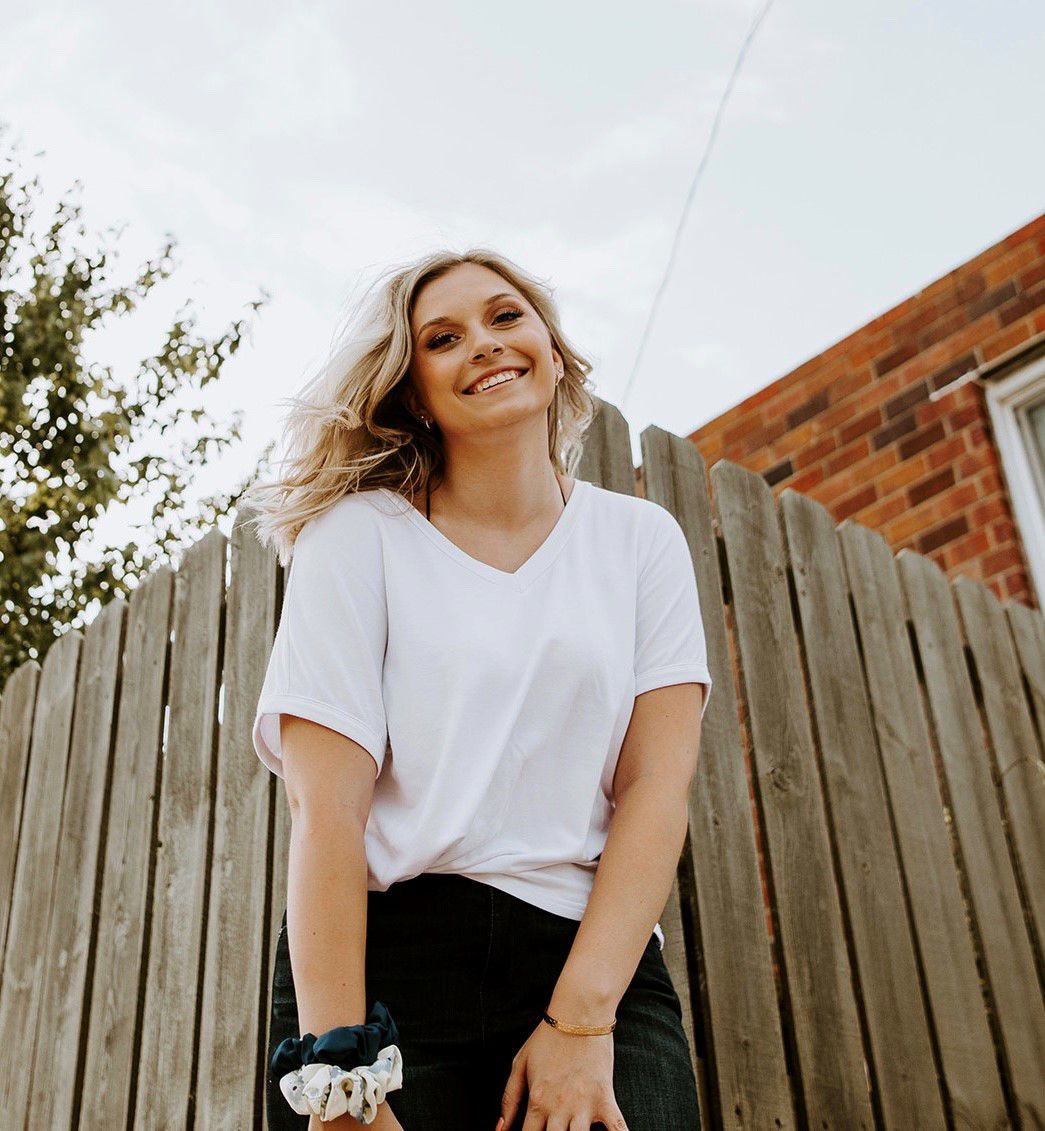 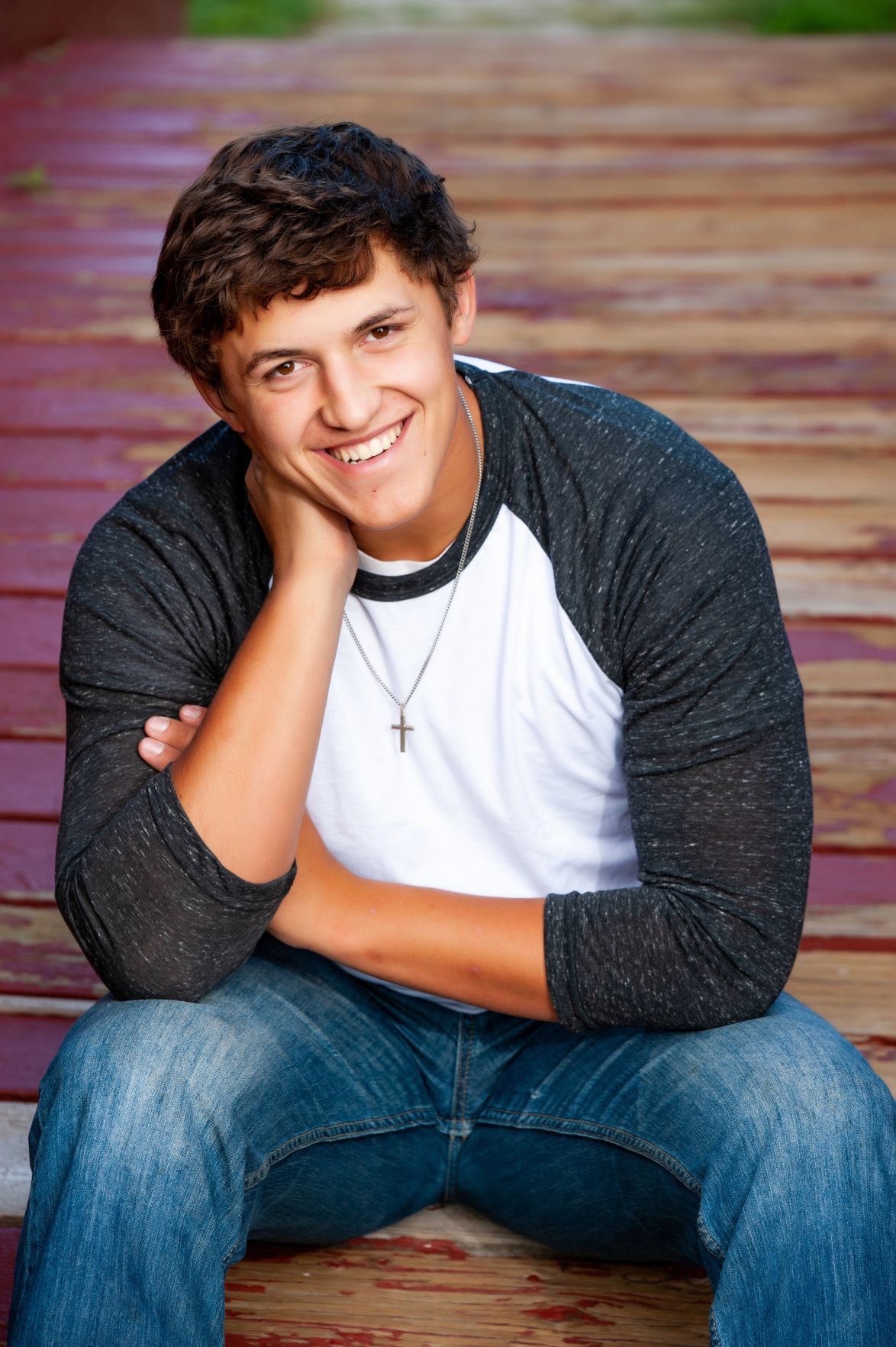 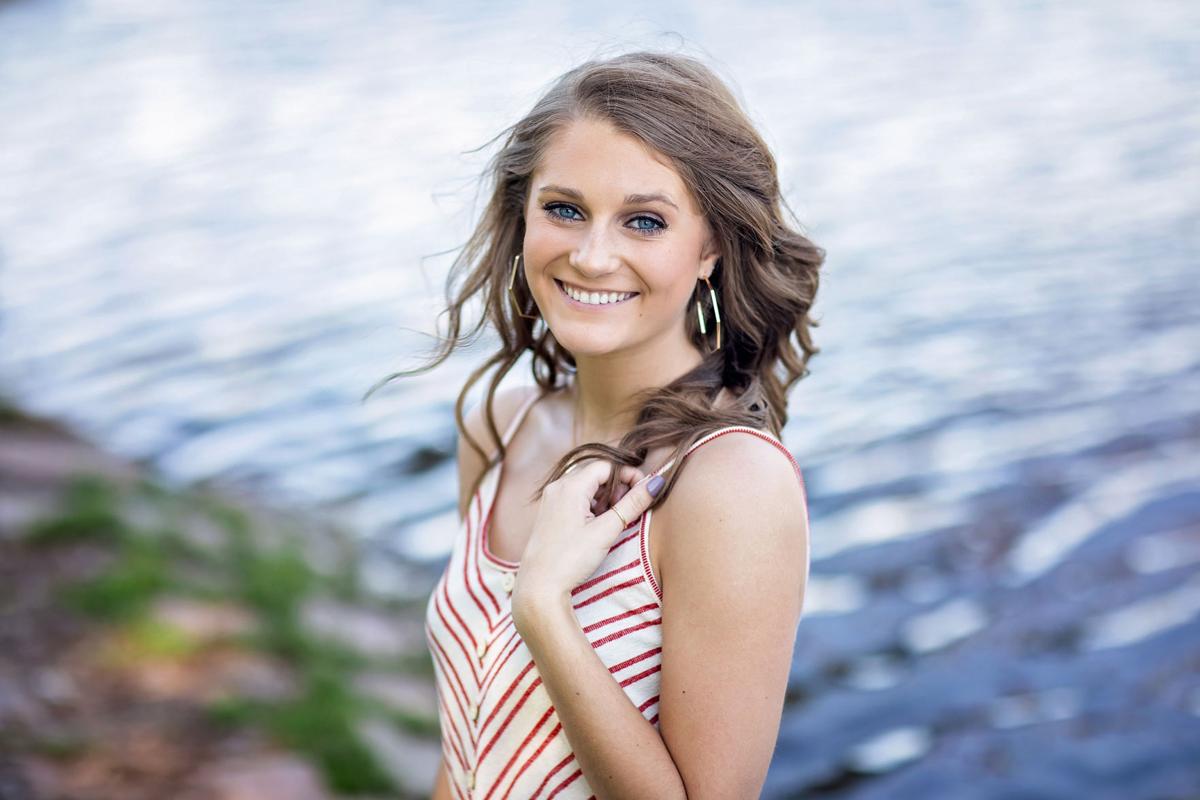 The students are: Bonita Naughtin of Sutherland, Anna Huffman of Ogallala, and Brittany Kava, Tatum Lange and Elliott Purdy , all of North Platte.

If the ceremonies hadn’t been altered because of coronavirus concerns, Naughtin would have walked at the college’s commencement in North Platte on May 8 and at her high school graduation May 9.

“I’m proud of all I accomplished,” Naughtin said. “I found out that I can do a lot more than I thought I could, and I learned a lot of useful skills such as time management. I’m really excited to have a start on a science career thanks to the classes I took at MPCC. The path I’m pursuing will take a while, and it’s nice to have some of it behind me so that it’s not so daunting.”

Naughtin plans to transfer her credits from MPCC to the University of Nebraska at Kearney where she will major in biology with an emphasis in health care.

“I took my first MPCC class the summer after my freshman year of high school,” Naughtin said. “It was so convenient to be close to Mid-Plains and wonderful that the college offered so many online options. I got to work with some excellent instructors. Because there were only 20 students in my high school graduating class, MPCC offered a gradual transition into a university system.”

Naughtin’s goal is to obtain a bachelor’s degree from UNK then enter a medical program. She hopes to one day become a practicing physician in a rural area.

Huffman recently moved to Lincoln so that she can begin radiology technology classes at Southeast Community College.

“I will only have to take three prerequisites before entering the radiology program because of all the dual credit courses I took through MPCC,” Huffman said. “That puts me almost a full year ahead.”

She took her first dual credit classes the second semester of her freshman year of high school.

“I had a friend who said she was going to take them, so it became kind of a competitive thing,” Huffman said. “I became determined to take some, too. I visited with my guidance counselor, who had an overload of information. I signed up for the classes he recommended that would best put me on the path to my degree.”

Huffman took courses both online and in her high school classrooms.

“Although still challenging, the college classes were easier than I thought they would be,” Huffman said. “The feeling at the end, the accomplishment, is more than I could have ever imagined. Dual credit put me so far ahead that the benefits are extravagant. Every dollar I saved per credit hour, adds up.”

Huffman earned an Associate of Science Degree from MPCC. She plans to practice in a rural area after her radiology program is over.

Kava’s graduation from North Platte High School would have been May 17 — more than a week after obtaining an associate degree from MPCC.

Her first dual credit class was anatomy and physiology her junior year.

“I took a total of three dual credit classes that year, but by my senior year, all of my classes were dual credit except for one,” Kava said. “I also took two online classes through Mid-Plains.”

While she found the college classes to be a bit more advanced than she was used to, it was nothing she couldn’t handle.

“It was completely worth it — especially since I already knew what I wanted to go into in college,” Kava said. “It cut down on the time I will need for my overall studies, helped me get a better understanding of what college will be like and saved me money. The classes and books were much less expensive through MPCC than through a university.”

Kava plans to transfer to the University of Nebraska-Lincoln where she will major in biochemistry. After that, she hopes to be accepted into medical school and become a doctor.

“Right now, I’m thinking obstetrics,” Kava said. “I really like babies, so I’m trying to decide between that and becoming a pediatrician in a children’s hospital. Because I won’t have as heavy of a course load at UNL as other students, I will have more time to job shadow and research the fields I’m considering.”

Lange’s experience with dual credit was so positive that she now wants to become a dual credit instructor, herself.

“I don’t think I would have thought about that otherwise,” said Lange.

“It was a weight class with Scott Mollring, who was my track coach at the time,” Lange said. “That same year, I started taking my ‘core classes’ at the high school, like math, science and English through dual credit. Over the next couple of years, I continued taking dual credit courses, and last fall, also added two online classes through MPCC.”

That will make Lange a junior when she enrolls at Black Hills State University.

“With the degree I’m pursuing, students can go into classrooms and start observing as juniors,” Lange said. “So, I will have the option of doing that much earlier than if I had not opted for dual credit courses. I’m grateful to the advisors at MPCC who helped me figure out what classes to take and when.”

She’s also appreciative of the cost-savings.

“The financial aspect was a really big deal,” Lange said. “I won’t have to pay full price for the same classes at the university.”

Lange earned an Associate of Science Degree from MPCC. Her goal is to one day teach health science or the advanced sciences.

“I’ve always been really involved with science and have always like labs,” said Lange. “This year, especially, the teachers I had were a big part of my life. I want to be that for someone else.”

“From that point on, probably 75% of my classes were dual credit,” Purdy said.

He received guidance on what classes to take from his mother, Leah Purdy, who teaches music appreciation in a dual credit format for MPCC, and his father, Ryan Purdy, who is MPCC’s president.

“As for the classes, themselves, my instructors were super helpful,” Elliott said. “They all had the best interest of their students in mind.”

The head start he received through MPCC will allow Elliott to enter the University of Nebraska-Lincoln as a junior this fall. He plans to double major in architecture and construction management.

“Having my generals out of the way will allow me to jump straight into career development,” Elliott said. “I will be able to get both bachelor’s degrees in two years, and then in two more years will be able to get my Master of Business Administration degree.”

Elliott’s goal is to eventually own a construction business. He’s that much closer to the dream thanks to an Associate of Science Degree from MPCC.

“If current students are even considering taking dual credit classes, I would absolutely encourage them to do it,” Elliott said. “It’s basically taking two classes at once. For example, it doesn’t make sense to take a high-level math class in high school then do it all over again in college. Dual credit is the way to go.”

More information about MPCC’s dual credit offerings can be found online at mpcc.edu.