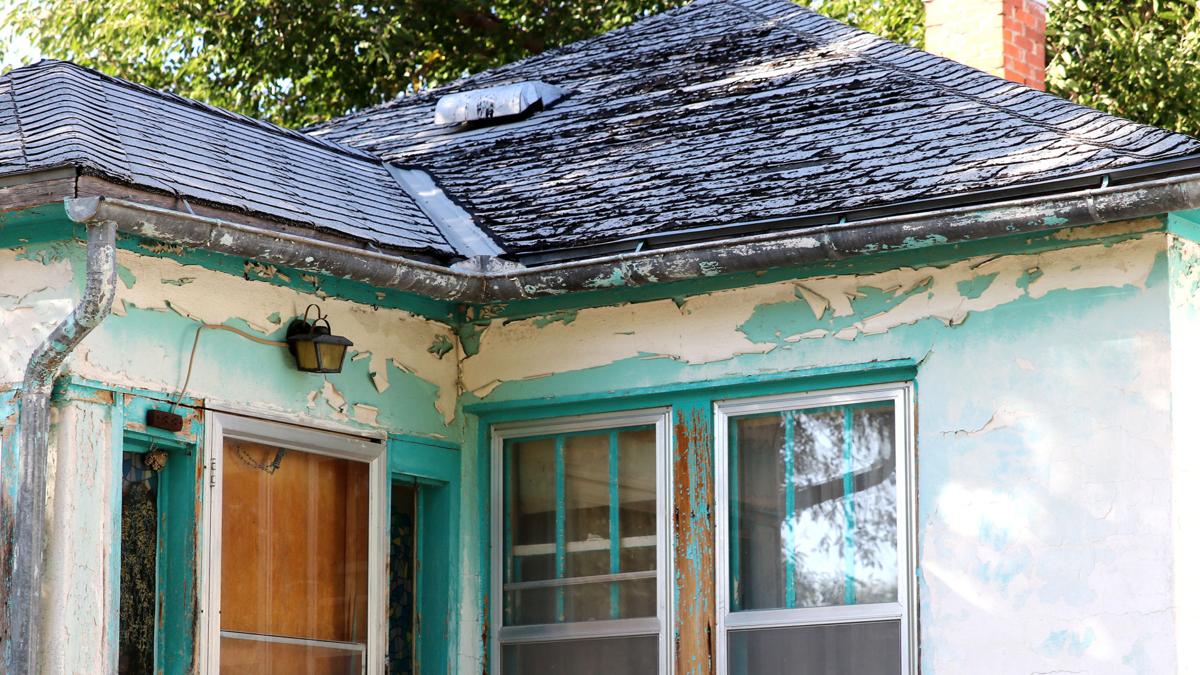 Many houses built before 1960 on both sides of North Platte’s Union Pacific tracks need rehabilitation work to make them more livable and attractive to buyers, according to the December 2018 North Platte-Lincoln County housing study. This house sits south of the railroad and west of downtown. 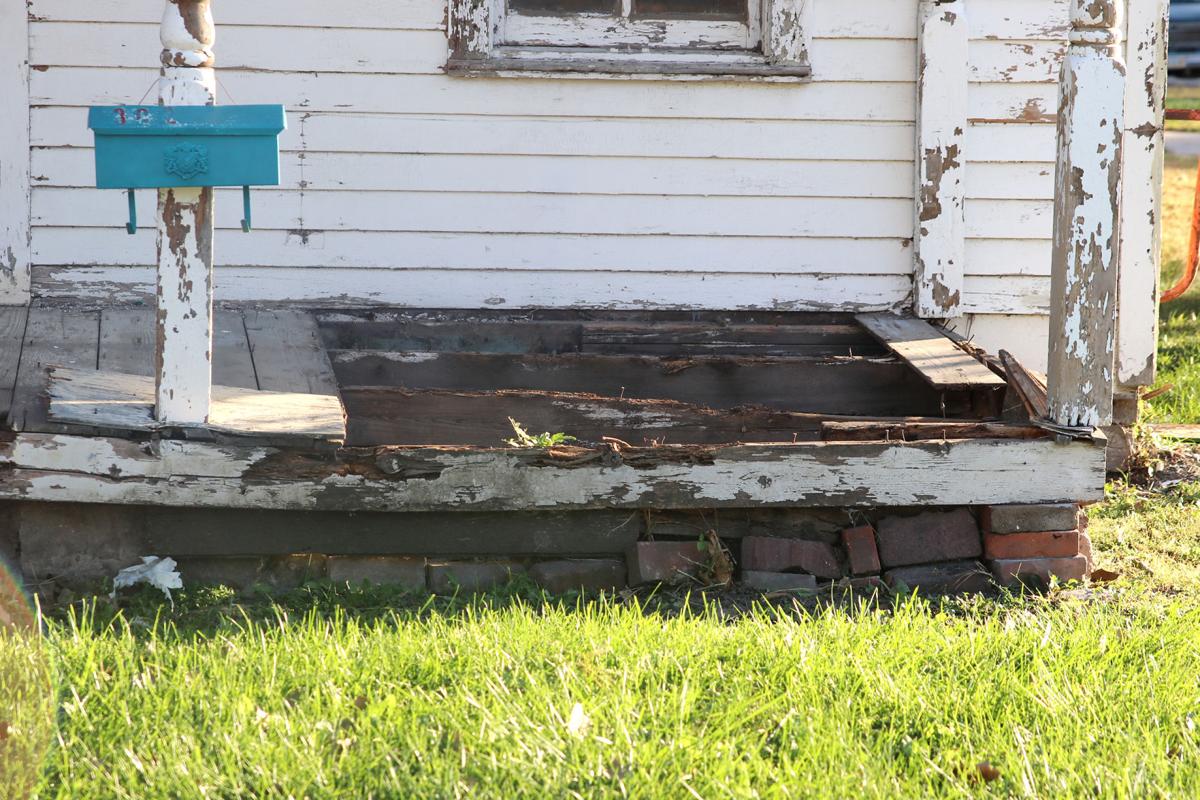 The external view of this aged house in northeast North Platte illustrates the extent of rehabilitation that many pre-1960 homes on both sides of the Union Pacific tracks need to greater or lesser degree. 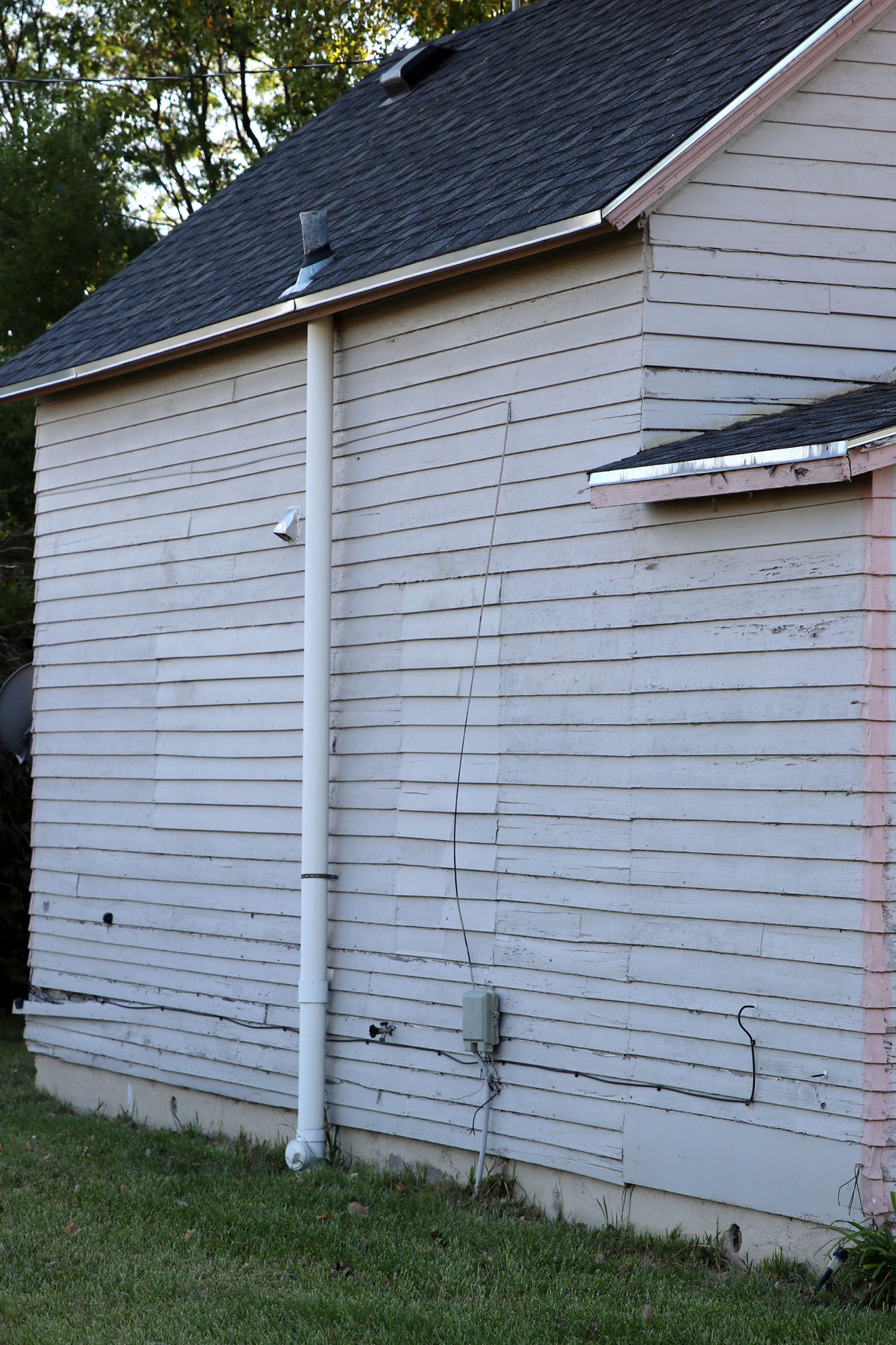 While some of North Platte’s oldest houses need substantial rehabilitation, others like this one in northeast North Platte may need less extensive repairs. Legislative Bill 1021, state Sen. Mike Groene’s “microTIF” bill, would offer individual homeowners a chance to recoup some of their costs by offering refunds of property taxes generated by the increase in taxable values due to repairs totaling $250,000 or less. 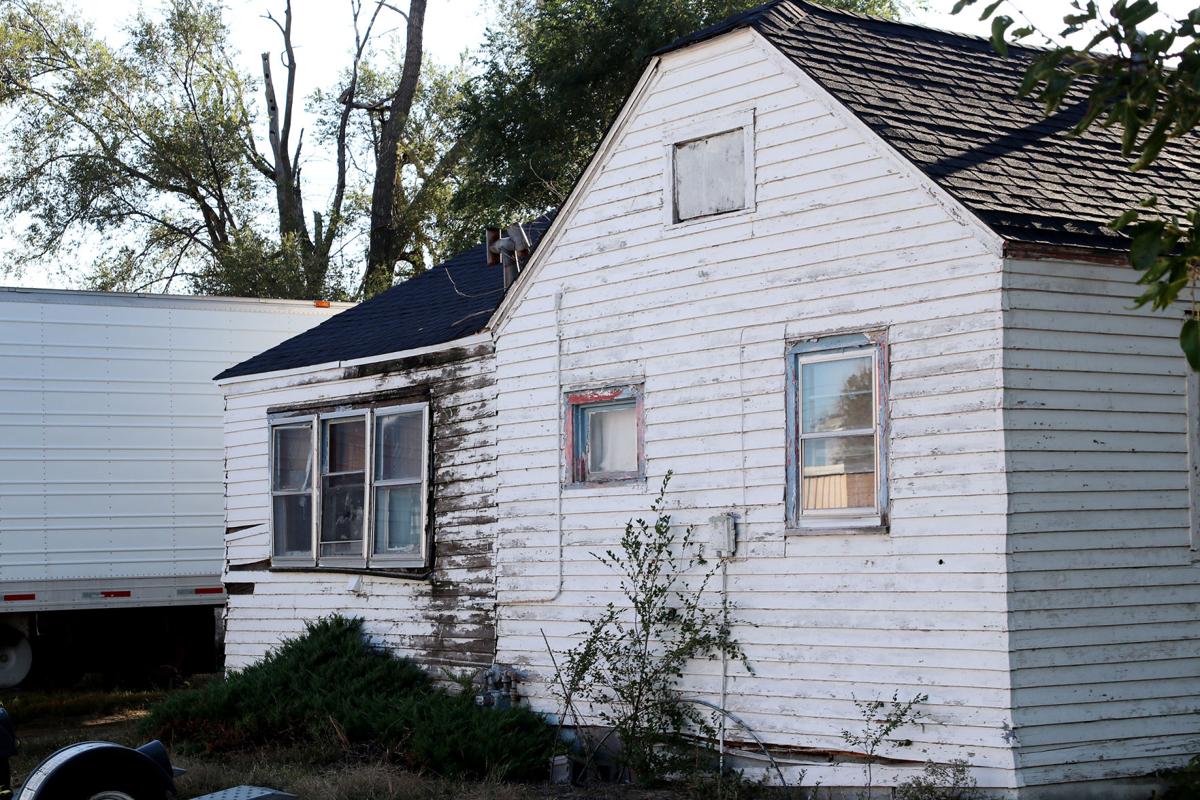 Deteriorated siding and window frames like those seen on this house in northwest North Platte offer just two examples of repair projects that state Sen. Mike Groene’s “microTIF” bill (Legislative Bill 1021) would seek to encourage. Owners of homes built before 1960 and in an area declared “substandard and blighted” would be eligible for refunds of property taxes generated by higher taxable values due to rehabilitation work totaling $250,000 or less.

Any city or town in its 154th year, as North Platte is in 2020, is bound to have its share of aging houses.

Obviously, many of those homes are bound to need work, whether a little or a lot.

Affording those repairs is another matter.

All of those points were made in the North Platte-Lincoln County housing study of December 2018, which recommended a major effort to rehabilitate North Platte’s stock of existing homes alongside initiatives to add more new homes, rentals and apartments.

To illustrate the key statistics about North Platte’s older housing stock, The Telegraph asked the Lincoln County Assessor’s Office in February to provide the raw facts for all 8,103 residential properties inside North Platte’s city limits.

Among the key findings of the newspaper’s analysis:

LB 1021 would apply to buildings 60 years old or older under a likely amendment suggested at the bill’s Feb. 18 public hearing before the Urban Affairs Committee.

» As noted in the 2018 housing study, such homes north of the Union Pacific tracks tend to be older and have lower taxable values than their counterparts south of the tracks.

» More than one in five north-side homes built in 1960 or earlier are rated from “below normal” to “very poor,” compared with 8.3% of those south of the railroad.

» However, several south-side neighborhoods have similar percentages of homes that have lower valuations, are 100 years old or older, or are in generally poorer condition.

The accompanying chart and maps present The Telegraph’s individual and combined findings for the 17 North Platte neighborhoods designated by the Assessor’s Office for its recordkeeping purposes.

They update findings that fell along similar lines in the 2018 housing study by Marvin Planning Associates of David City, which used the same assessor’s neighborhoods.

They also indicate a potentially large number of North Platte homeowners that could benefit from LB 1021 should the Legislature pass it after its enforced recess due to the COVID-19 outbreak.

If their homes fall within areas declared “substandard and blighted” — the designation that unlocks tax increment financing — LB 1021 would enable refunds of property taxes generated by their increased taxable values from fixing up or replacing them.

As introduced in January, LB 1021 would provide a streamlined application process involving no more than one building per project. Property owners would have two years to finish their project before they could start receiving refunds.

Eligible projects could cost no more than $250,000 per single-family home, $1 million for multifamily homes or commercial buildings or $10 million for a property on the National Register of Historic Places.

But LB 1021 doesn’t set a minimum value, meaning microTIF projects could be worth much less and still qualify for refunds.

Groene, who has made LB 1021 his priority bill for the 2020 session, said last week he’s using the long break to finalize amendments so it might advance to the floor once senators return.

Several testifiers offered suggestions to make the bill legally workable. Groene has said he’s accounting for them in his amendments.

The North Platte Area Chamber & Development Corp. submitted a letter to the committee supporting the basic thrust of LB 1021.

Other North Platte leaders, while noting the original bill’s technical issues, have said Groene’s bill could offer a useful tool to tackle the rehabilitation recommendations in the 2018 housing study.