Late update: Curfews fail, protests over police killings rage on in dozens of US cities 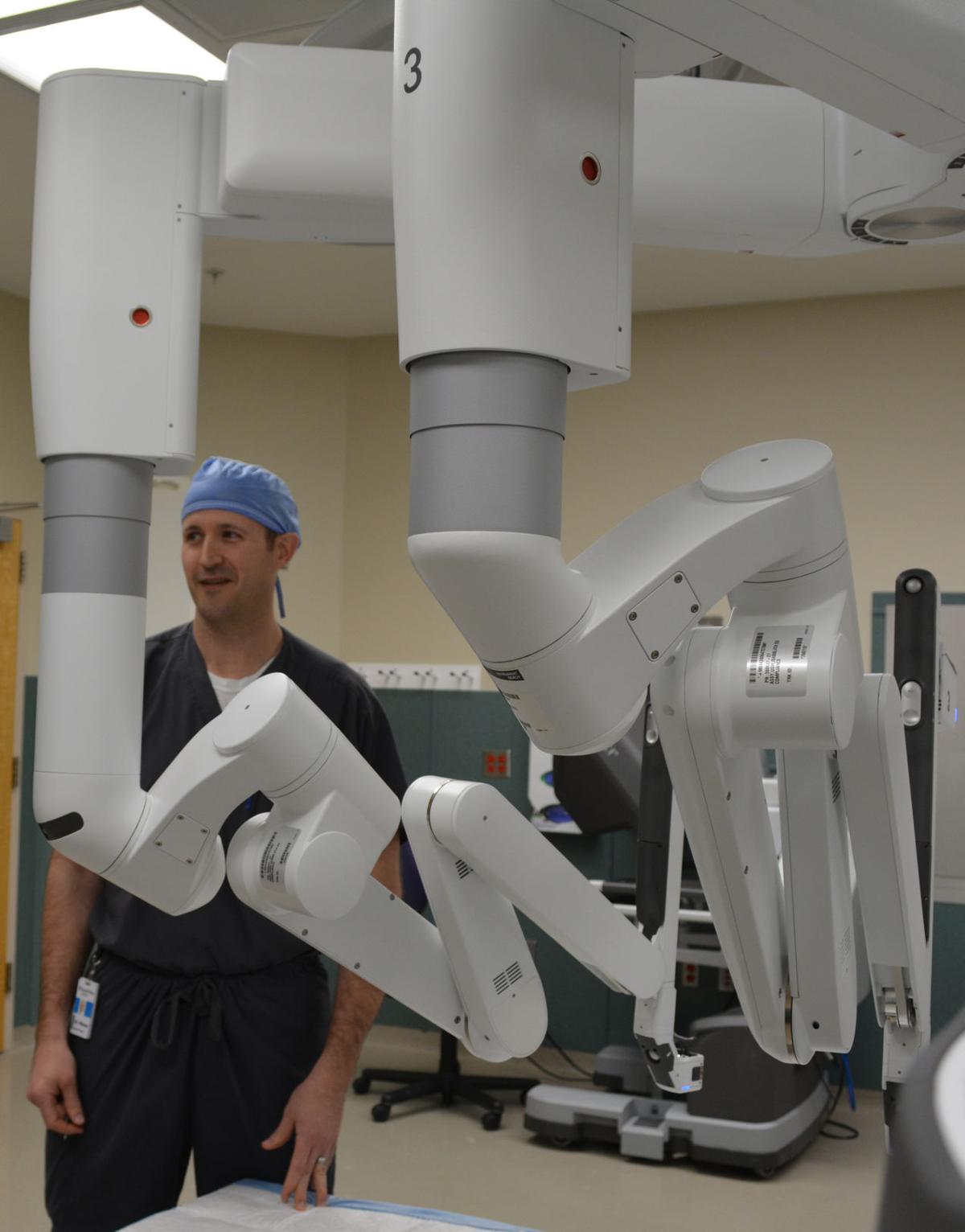 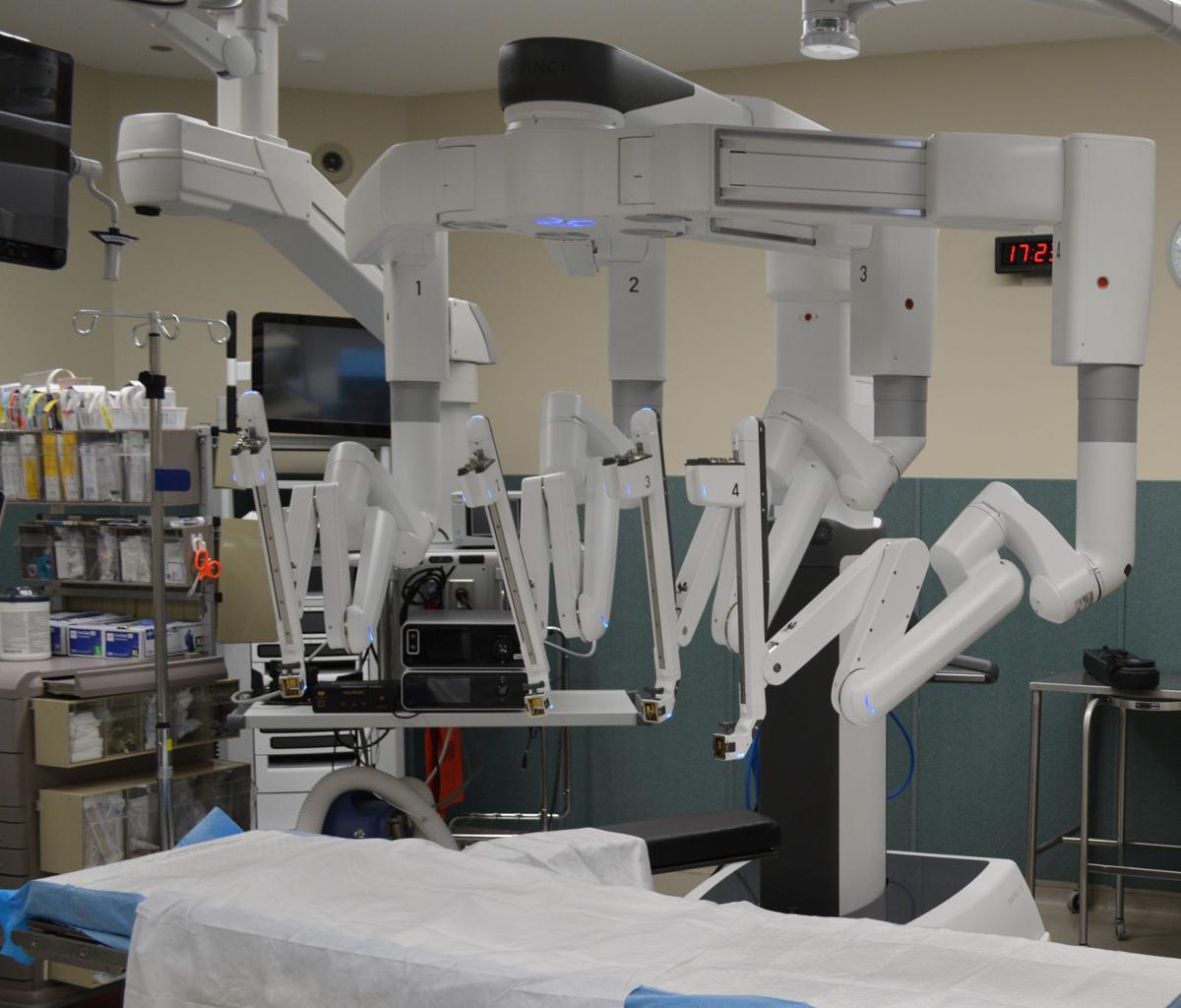 The da Vinci robotic surgery machine is set up and ready to go at Great Plains Health. The first surgery that will be done with the new technology is scheduled for Feb. 5. 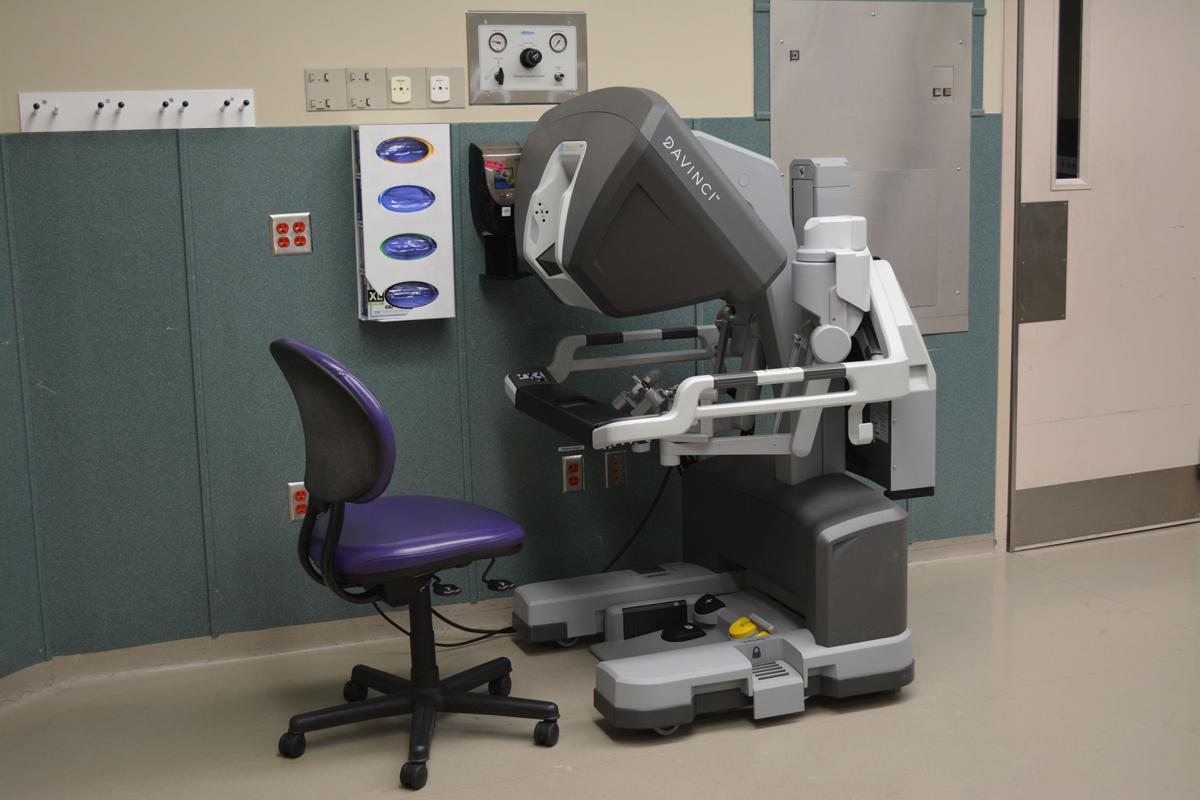 The control center for the new da Vinci robotic surgery machine sits unoccupied prior to its Feb. 5 debut. The new technology will enhance the ability for surgeons to complete procedures while viewing the work from a 3-D screen on this device.

The da Vinci robotic surgery machine is set up and ready to go at Great Plains Health. The first surgery that will be done with the new technology is scheduled for Feb. 5.

The control center for the new da Vinci robotic surgery machine sits unoccupied prior to its Feb. 5 debut. The new technology will enhance the ability for surgeons to complete procedures while viewing the work from a 3-D screen on this device.

The technology of robotics in surgery has just scratched the surface of possibilities, according to Dr. Jacob Wiesen, general surgeon at Great Plains Health.

The hospital recently purchased the da Vinci Surgical System and Wiesen will perform the first procedure using it on Feb. 5. The system cost $2 million and its use could replace many of the laparoscopic surgeries currently in use.

The da Vinci Surgical System uses robotic arms that are controlled by a surgeon through a machine with a 3D screen where he can view the procedure as the arms utilize various surgical tools.

Although laparoscopic surgery is also minimally invasive surgery, the da Vinci is more efficient in minimizing the need for larger incisions.

The first surgical procedure at GPH with the da Vinci will be to remove a gall bladder. The surgeons will be assisted by experts from the robotics company, as well as surgeons who are experienced in the use of the technology.

Wiesen has had experience on the da Vinci and said although there is still much to learn, he is very comfortable with his expertise on the device.

“The da Vinci robot will allow us to do most of the same surgeries we do laparoscopically now,” Wiesen said. “The difference is that it takes out some of the (hand) tremor and things like that. It makes things a little more intricate as far as doing surgery.”

He said the da Vinci will be used more and more in the future at GPH for more difficult and delicate surgeries.

“The laparoscopic instruments we have been using have been around a long time,” Wiesen said. “There haven’t been a lot of changes recently, so (the da Vinci) will give us a lot of options as far as what we can do.”

With laparoscopic surgery, Wiesen said, there is a higher risk of having to stop the surgery to make a larger incision.

Wiesen said the robotics will mean some patients who have had to be referred to another medical facility for certain procedures may be taken care of at GPH.

The types of surgeries, at least initially, will be what Wiesen said are considered basic for general surgeons.

“So that would be gall bladder, groin hernias, incisional hernias, belly button hernias,” Wiesen said. “We’ll start with those with the idea that hopefully soon we’ll transition to colon surgery and bariatric surgery.”

He said OB-GYN doctors will use the technology for hysterectomies.

“Then one of the other huge implications here is that this will help us recruit another neurologist to town,” Wiesen said.

There are a number of benefits for the patient as well, Wiesen said.

“The hope is that it will trend towards decreased pain medication with robotic surgery,” Wiesen said. “When you look at the big picture, not on an individual basis, but if there is a 3% to 4% decrease in the number of patients that need an open surgery, that’s a huge change for those individual patients.”

Wiesen said he had previous experience with robotic surgery while working in Fremont, “so I’ve been able to go through the learning curve.”

GPH staff will learn to use the technology together.

“The huge price to pay there will be time, that we’re spending more time trying to get the robot set up where we want it,” Wiesen said. “But once it’s set up from the surgeon’s standpoint, once we get through the first 15-20 surgeries, you get efficient very quickly.”

The really interesting thing, Wiesen said, is that the machine is really not doing the surgery.

“Gall bladder surgery with a robot is no different than doing it laparoscopically,” Wiesen said. “It’s just that instead of standing at the patient’s bedside and using instruments, you’re sitting down at the robot controls, but still doing the exact same surgery.”

It’s not as if the surgeon has to learn a new surgery, the surgeon just has to do the same surgery with a different instrument.

“The robot gives the surgeon the ability to look at it in three dimensions,” Wiesen said. “Now, we are all looking up at it on a screen in two dimensions.”

He said the surgeons are able to have better visualizations and the robot allows the surgeon to utilize “wrist” actions while inside the patient, which is not possible with laparoscopic surgery.

“With the robot inside the patient, it’s as if you have a wrist again so you can do laparoscopic sewing a lot easier,” Wiesen said. “I think it allows us to do more than what we’re doing now.”

Another benefit to surgeons is that it will likely extend the professional career of many, with ergonomic considerations.

The developers, Wiesen said, designed the robot with that in mind.

“You’re sitting in neutral positions instead of spending long hours with your neck bent in an awkward direction,” Wiesen said. “When you’re standing at the patient’s bedside, you’re having to torque and move your hands in awkward directions. That’s all eliminated by the robot now.”