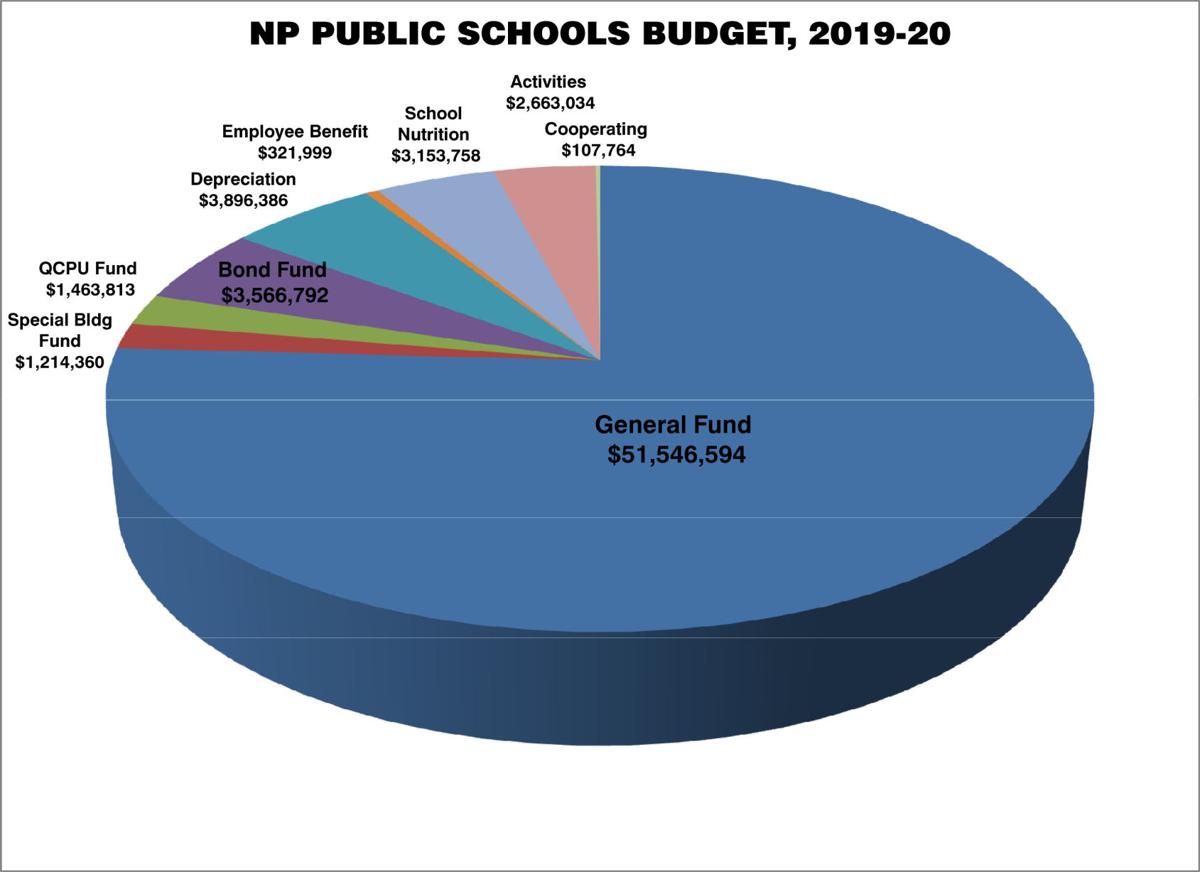 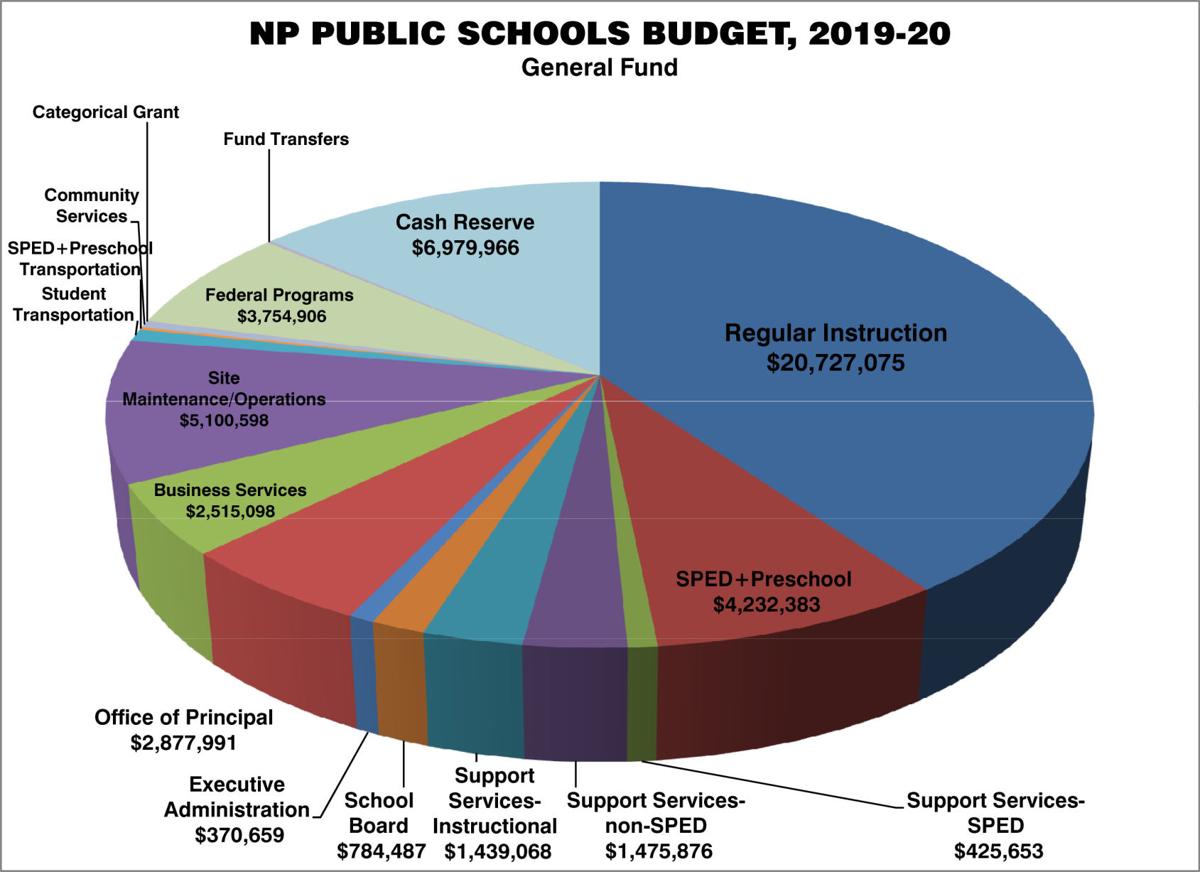 The proposed $67.9 million spending plan for all funds didn’t change from the budget administrators presented at an Aug. 29 public hearing.

The district’s combined budget, which features a 1% decline in general-fund spending to $44.6 million, would nonetheless creep upward by 0.3% from the overall $67.7 million spending plan adopted a year ago.

But a 6% boost in state aid over 2018-19 levels, plus a nearly 20% drop in the district’s bond fund, helped enable the first decline in North Platte’s overall school tax request since the 2005-06 fiscal year.

The district is asking for $28.02 million in property tax funds for the fiscal year that started Sept. 1. That’s 2.3% below the $28.67 million it received last year.

North Platte’s total school property tax rate also would fall from 2018-19, mainly due to the decline in the bond fund. The general-fund portion of the tax rate would be unchanged at just over $1.02 per $100 of taxable value.

Patrons responsible for repaying both the Lake Maloney Elementary School and North Platte High School bonds would face a combined school tax rate of just over $1.19 per $100, 3.3% below last year’s $1.23 per $100.

In other business Monday, the school board will consider approving the district’s annual safety plan and a two-year negotiated agreement with paraprofessional staff.