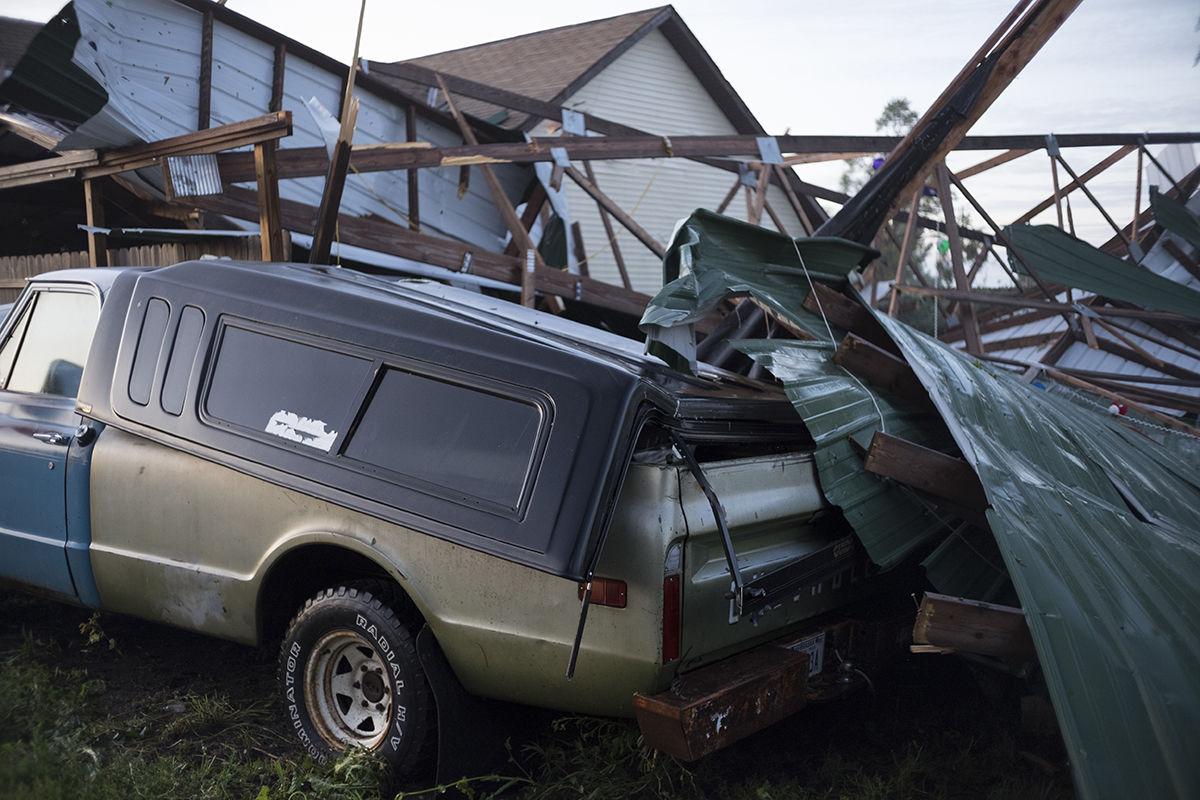 A car is crushed after Sunday's storm. In the early afternoon, storms traveled eastward from Colorado, with some becoming supercells that produced tornadoes. 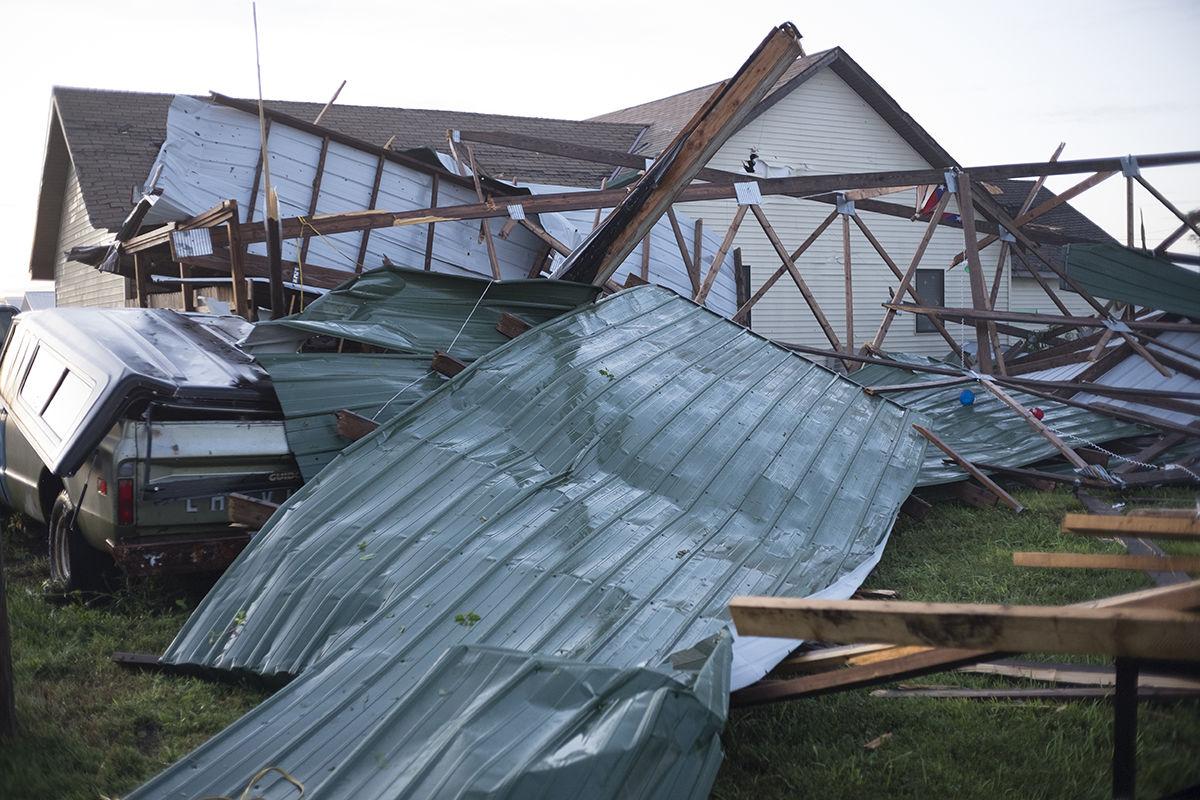 Wreckage of a building after a brutal wind storm hit Cozad.

According to Jordan Thies, a National Weather Service meteorologist in Hastings, an expansive complex of thunderstorms moved through the south central region of the state.

During the early afternoon Sunday, storms began to form off the Front Range in Colorado and track eastward. Several of these storms became supercells and went on to produce tornadoes. Most occurred in Colorado, but at least one was reported near Dundy County.

These storms started to congeal and formed a larger complex of storms during the evening hours. About 9 a.m., a storm system known as a bow echo was starting to take shape along the state line. This type of system is known for causing damage through severe straight line winds.

Thies said a bow echo forms in a line of thunderstorms under the right conditions. The downdrafts of individual storms congeal and form what is known as a cold pool. Through other processes, a pressure imbalance builds and the line of storms accelerates.

The radar return given by this storm system looks similar to an archer’s bow. Thies said a positive feedback loop is formed by these systems: The faster the storms move, the faster the straight line winds are.

Cozad was in the path of the northern edge of this bow echo. Wind speeds measured around the Cozad area ranged from 55 to 60 mph. Thies said there was a preliminary report of a gust of 81 mph on the north side of town.

The winds led to dozens of downed trees and several power lines. Thies said most of this damage occurred between 11:50 p.m. and 12:10 a.m.

Rainfall across the Dawson County area averaged around an inch to an inch and a half, but Thies said he wouldn’t be surprised if rainfall amounts were up to 2 inches between Gothenburg and Cozad.

Thies said Cozad wasn’t the only area affected by the bow echo; the southern edge hit Rooks and Phillips Counties in Kansas.

Bow echoes are fairly typical for July and August, as the atmosphere supports these types of storms during the later summer months, Thies said.