Students at Jefferson Elementary learned there are 54 countries on the continent of Africa as a drum and dance troupe from Senegal presented an energetic program at the school on Wednesday afternoon.

Oumar and his brothers introduced the students to dance, but also educated them on several aspects of their homeland.

“I’m going to tell you about Africa,” Oumar said, “because sometimes most people, when they think about Africa, they think in Africa we have lions, monkeys, snakes, tigers, zebras, elephants; they think we have all kinds of animals.”

But he told the kids that if they want to see animals in Africa, they have to go to the zoo just like in America.

“Today, I want to let you know that me and my brothers were born and raised in Africa, but we never, ever saw lions, monkeys, snakes, tigers, zebras, elephants in our entire time in Africa,” Oumar said. “The first time I saw animals was at the San Diego Zoo in California.”

The rhythms of Senegal 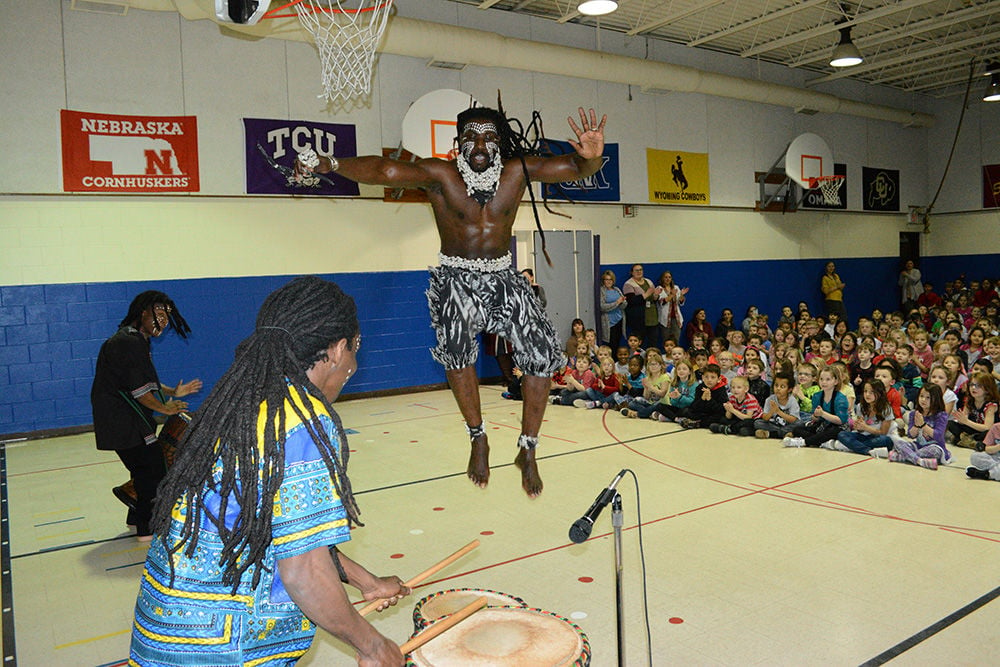 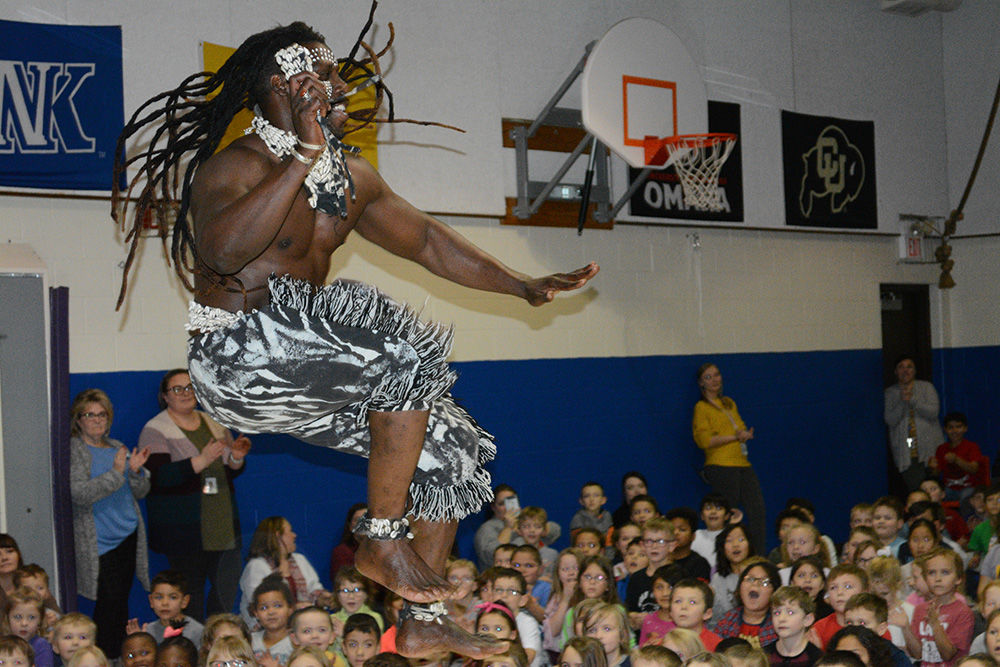 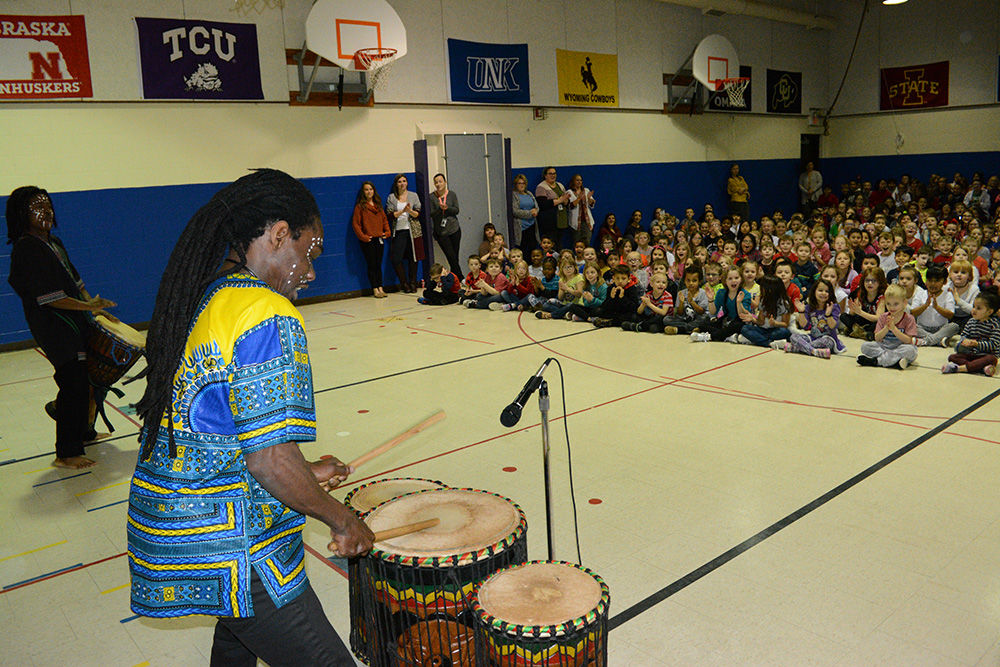 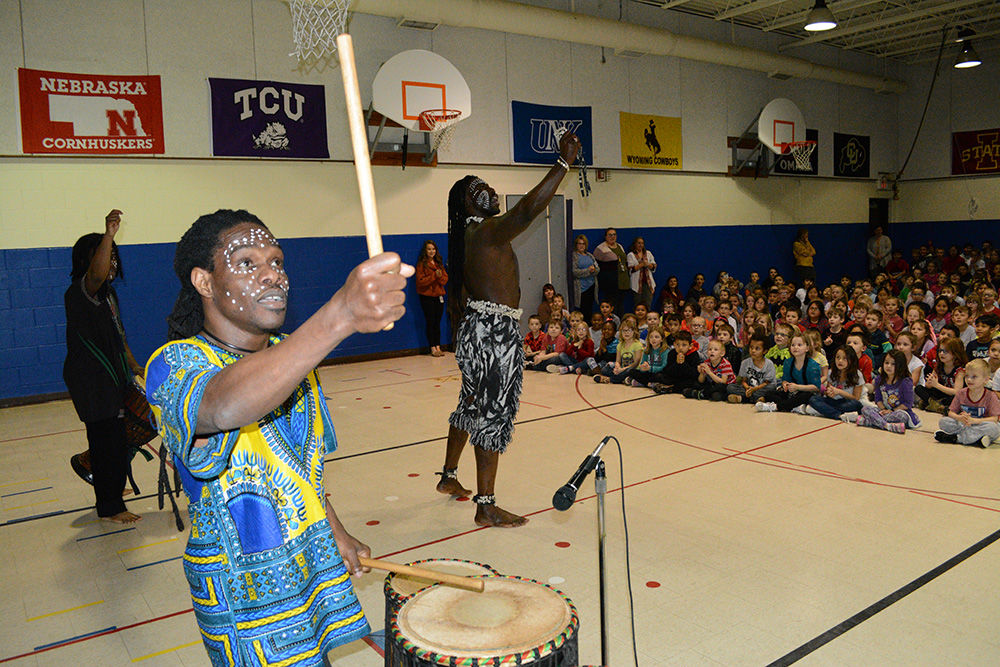 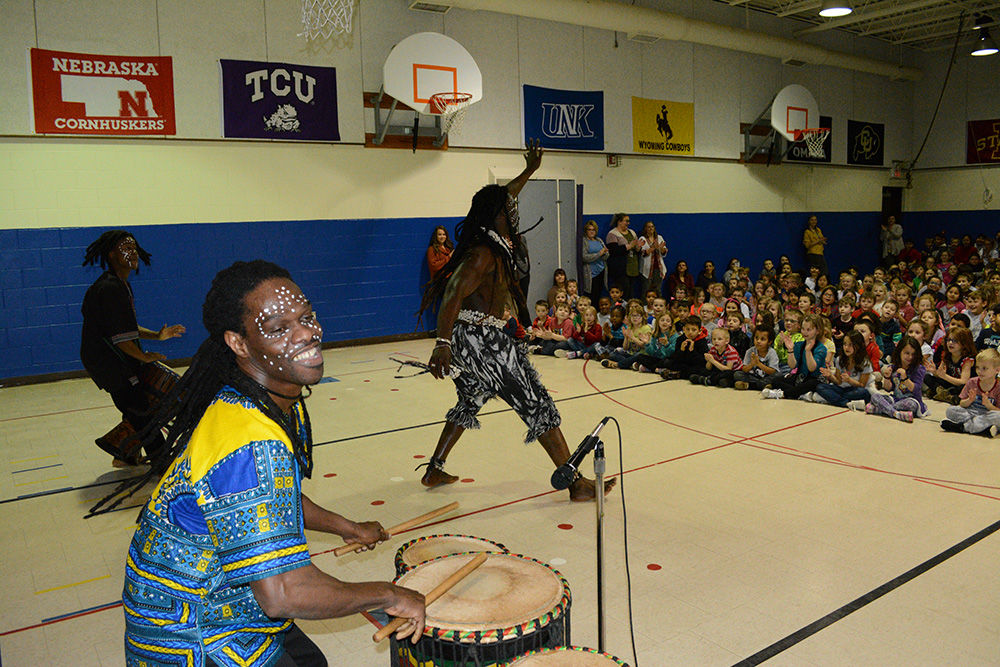 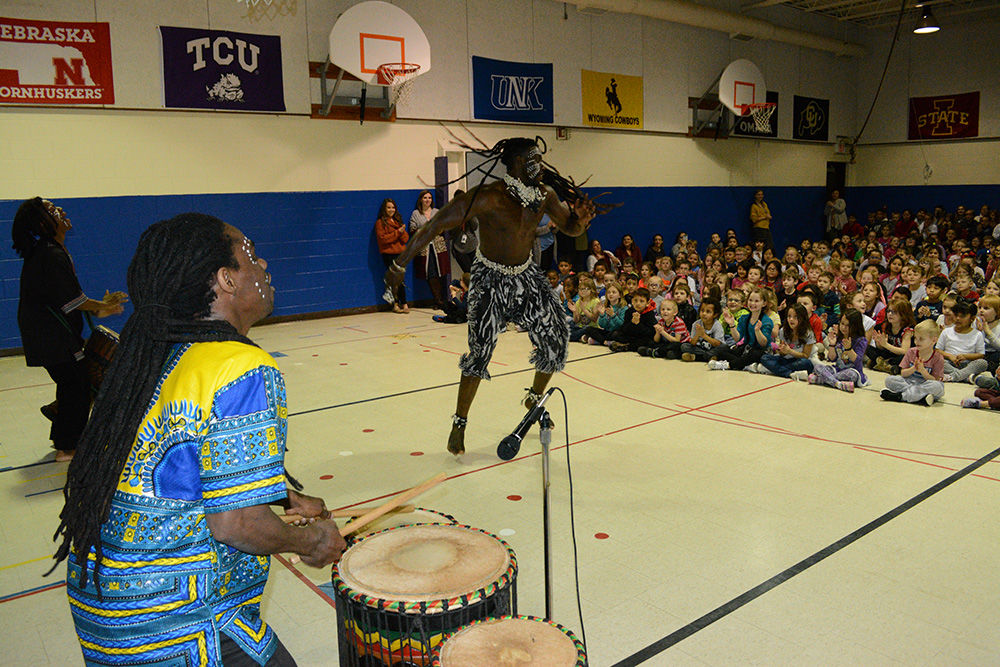 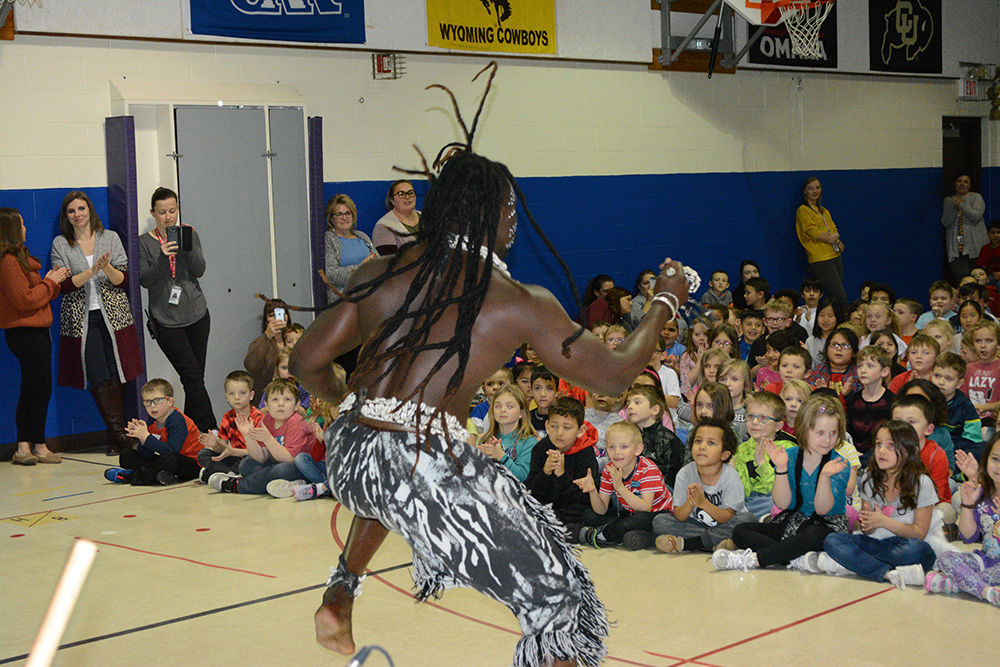 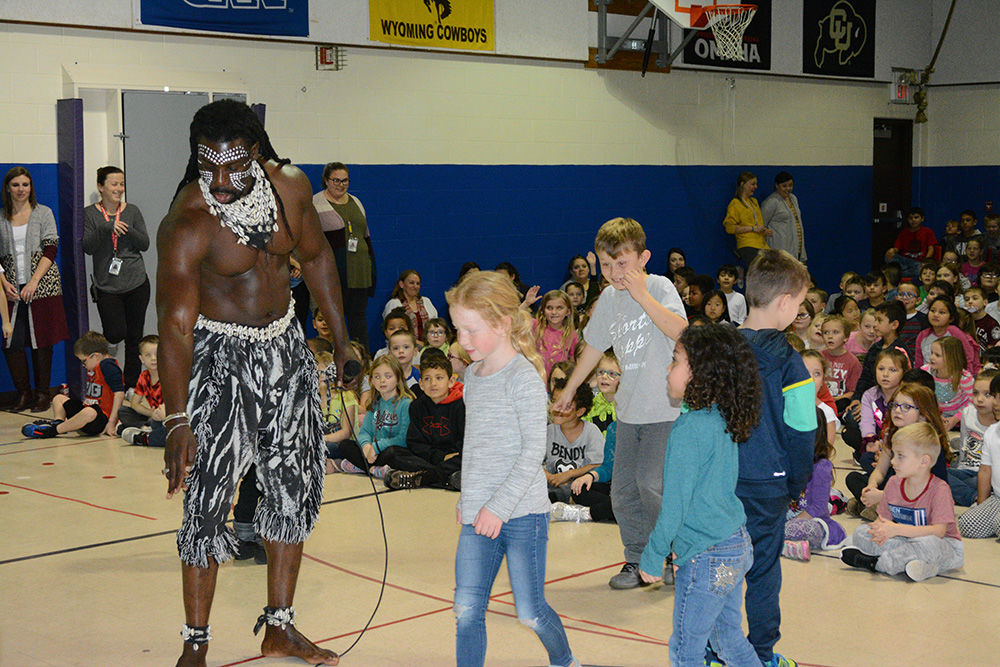 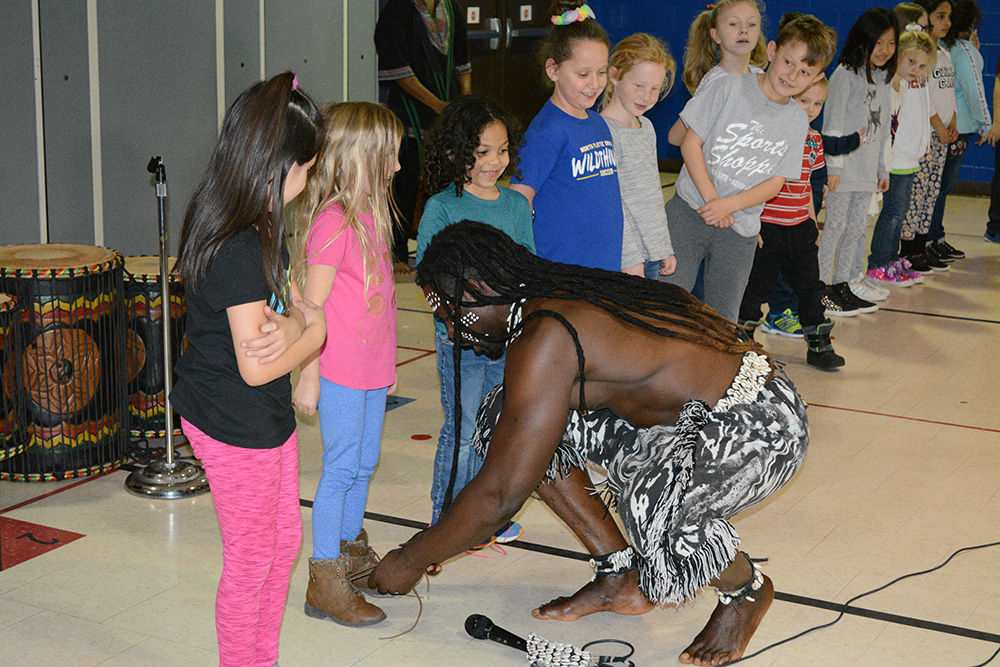 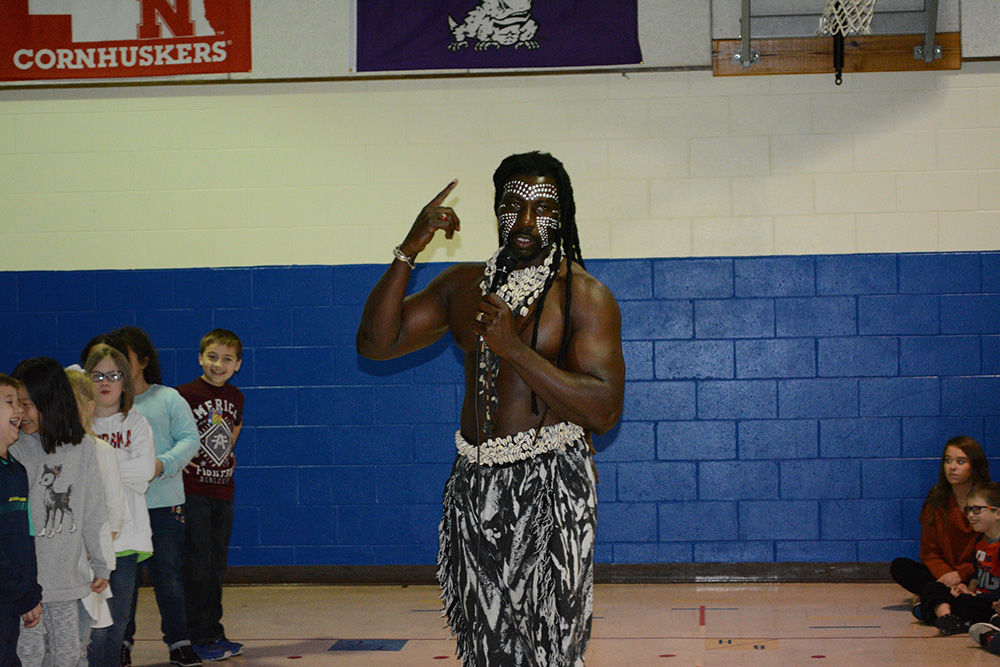 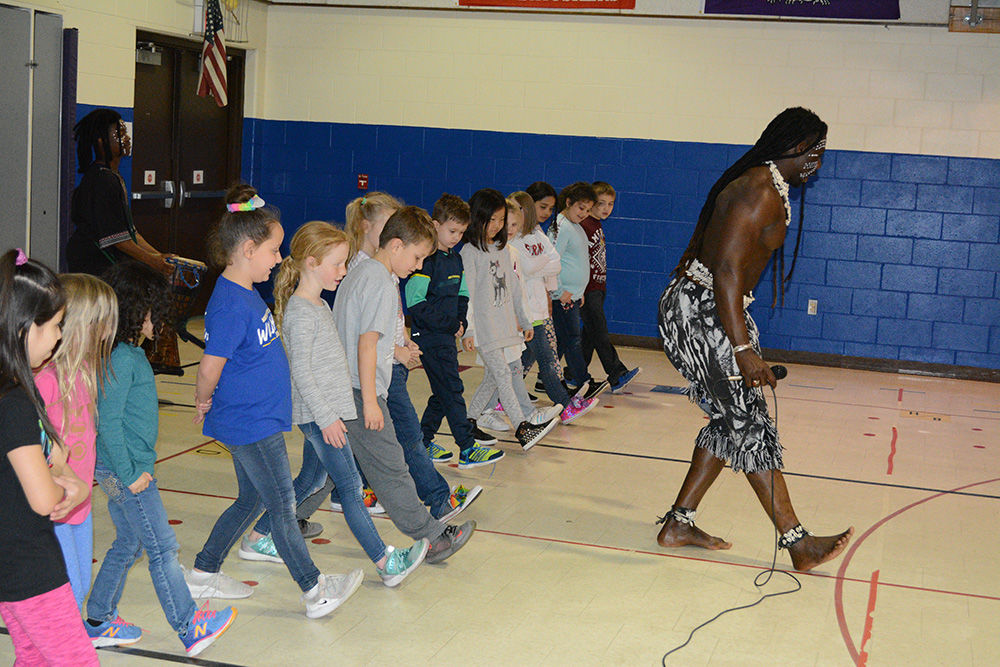 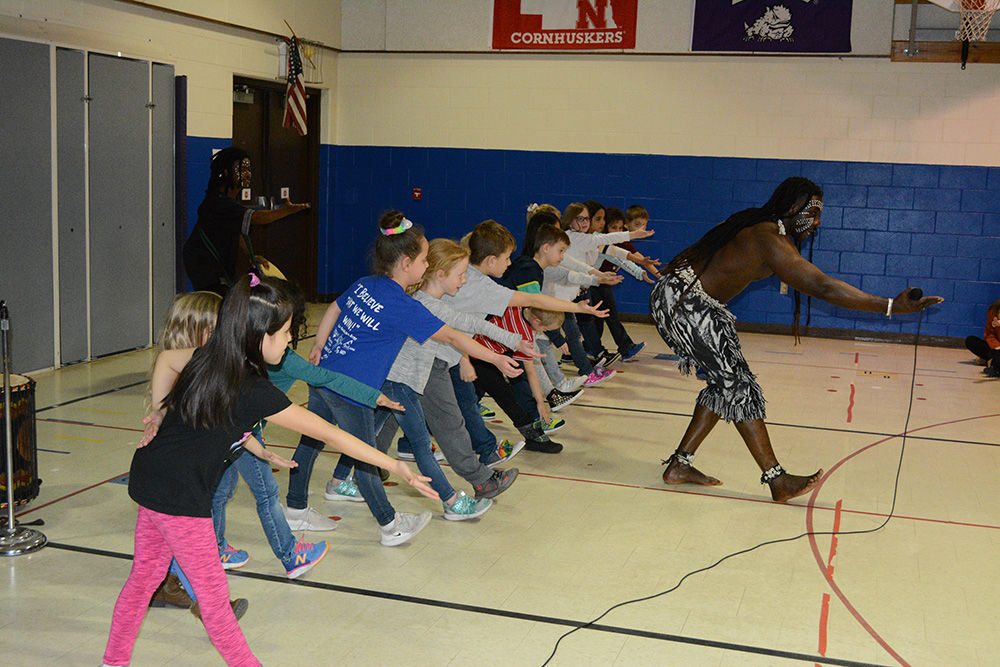 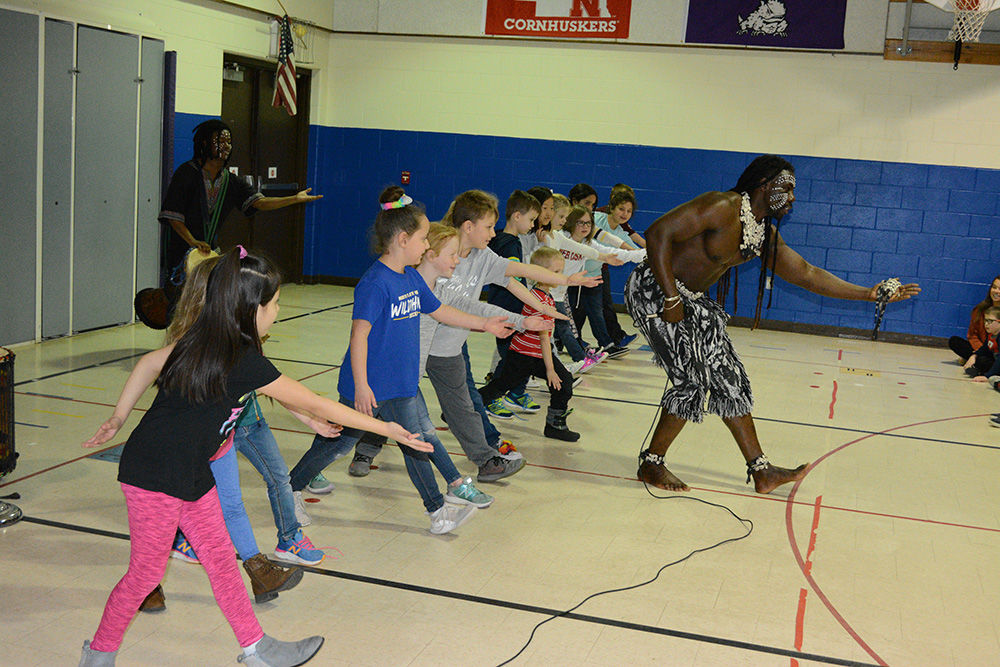 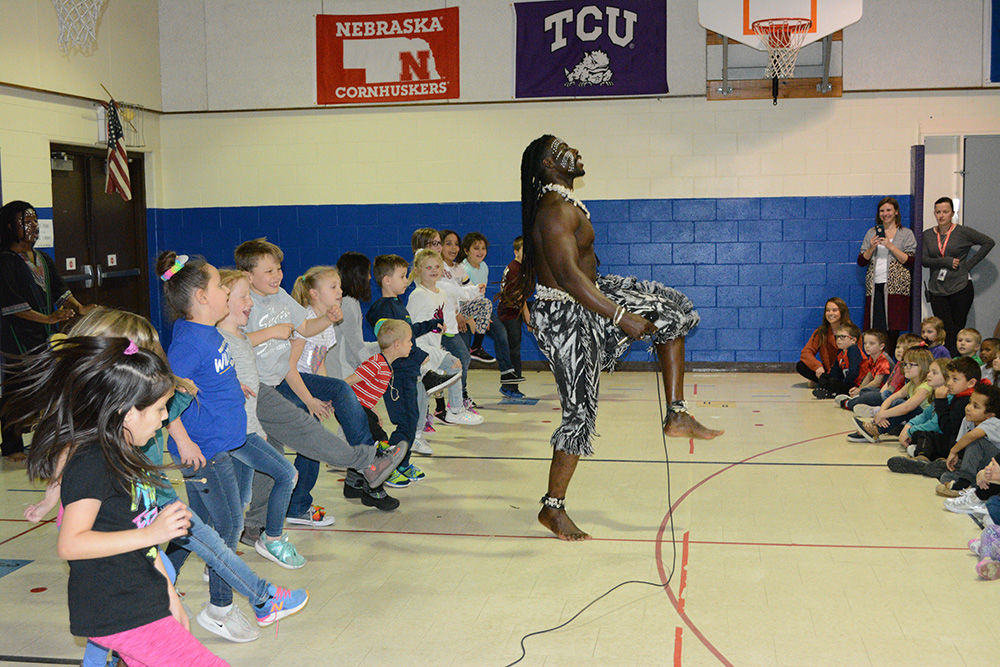 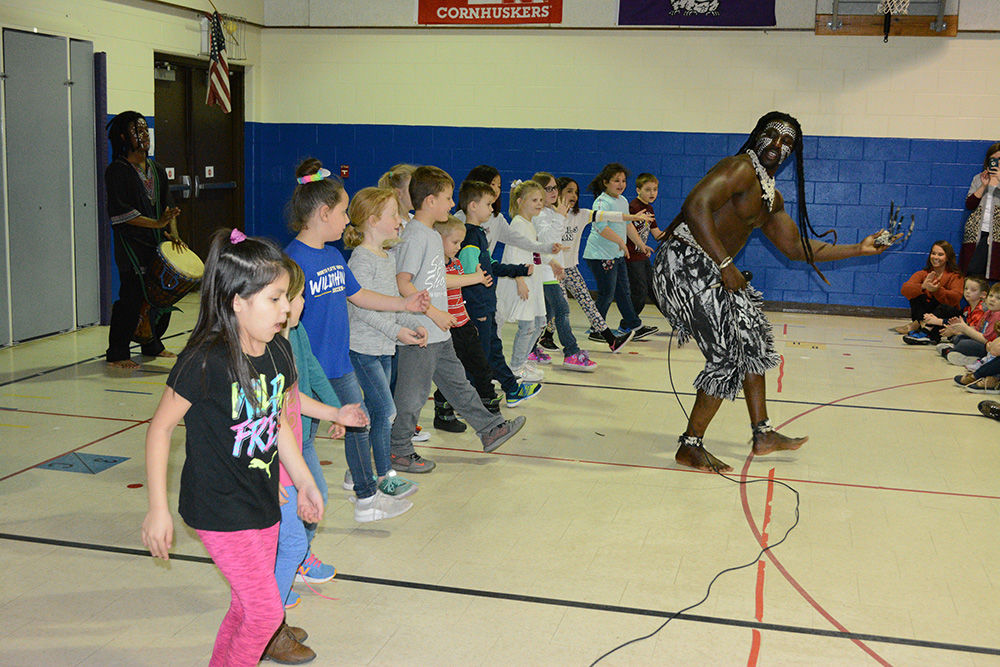 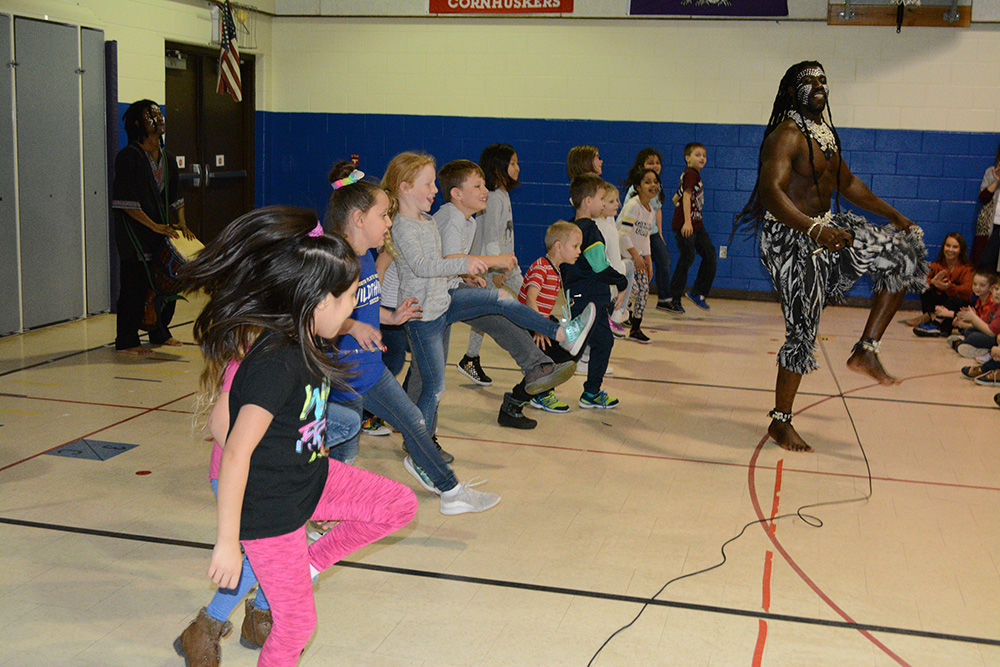 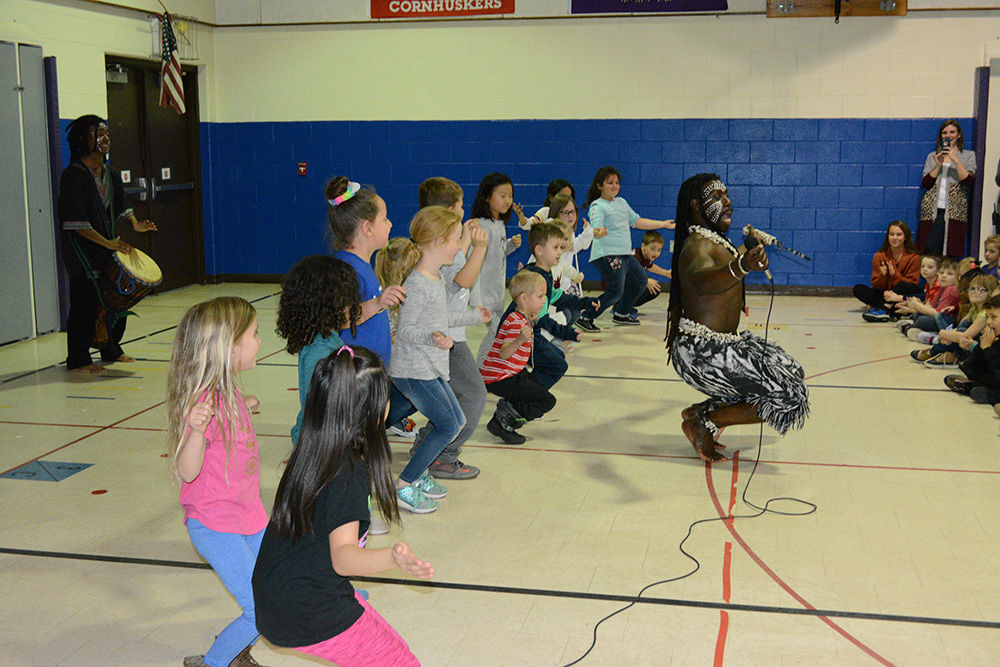 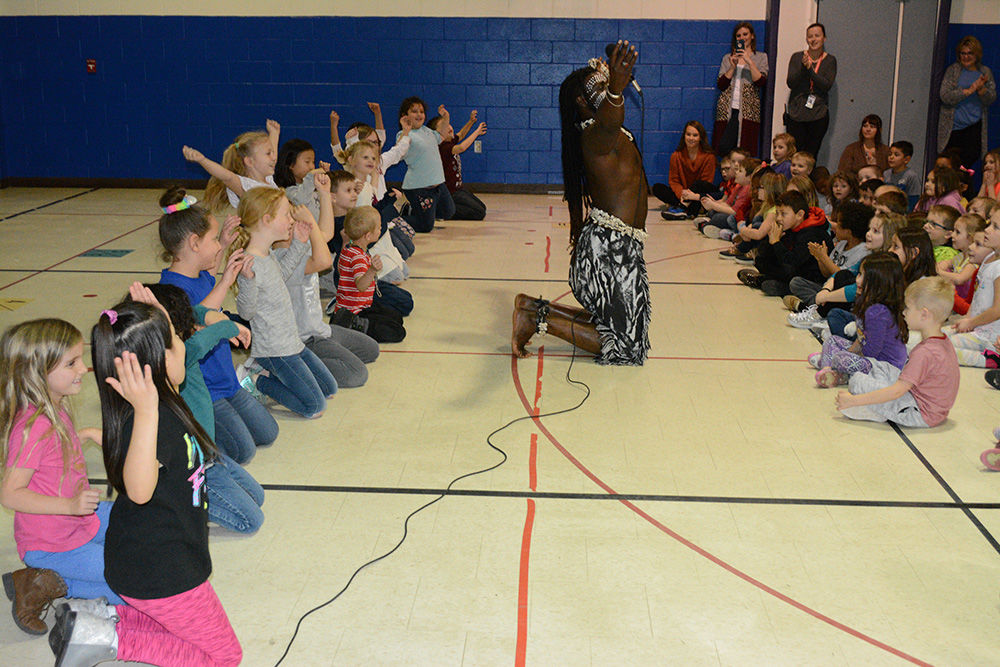 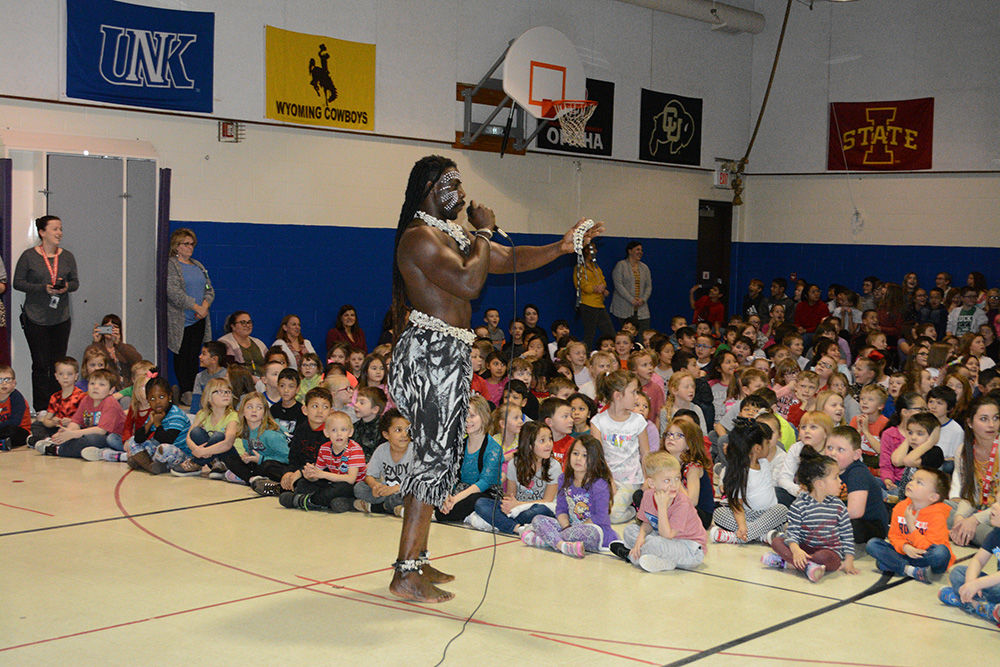 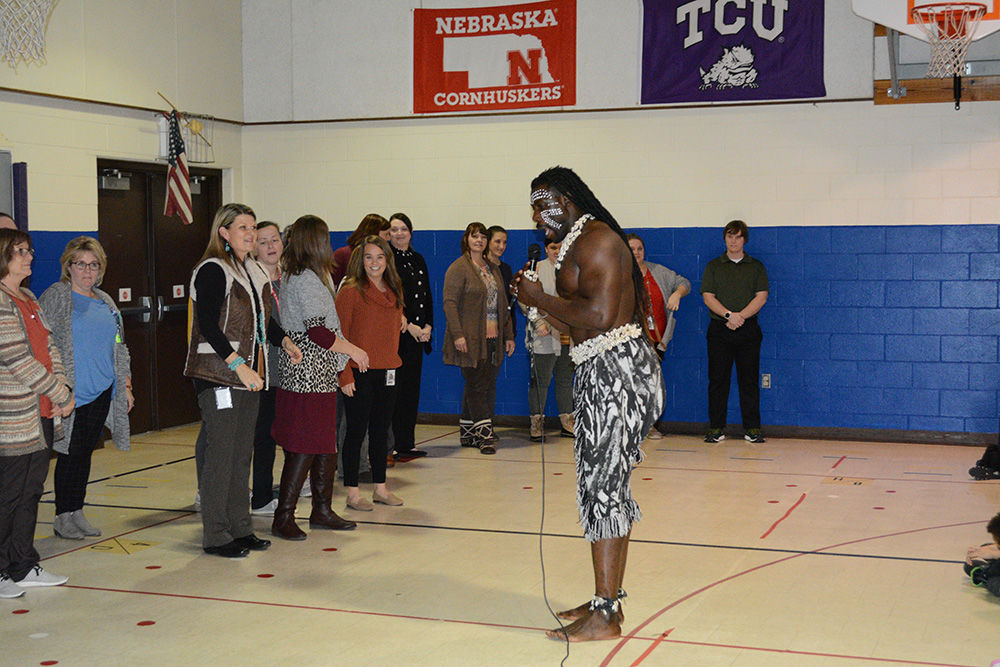 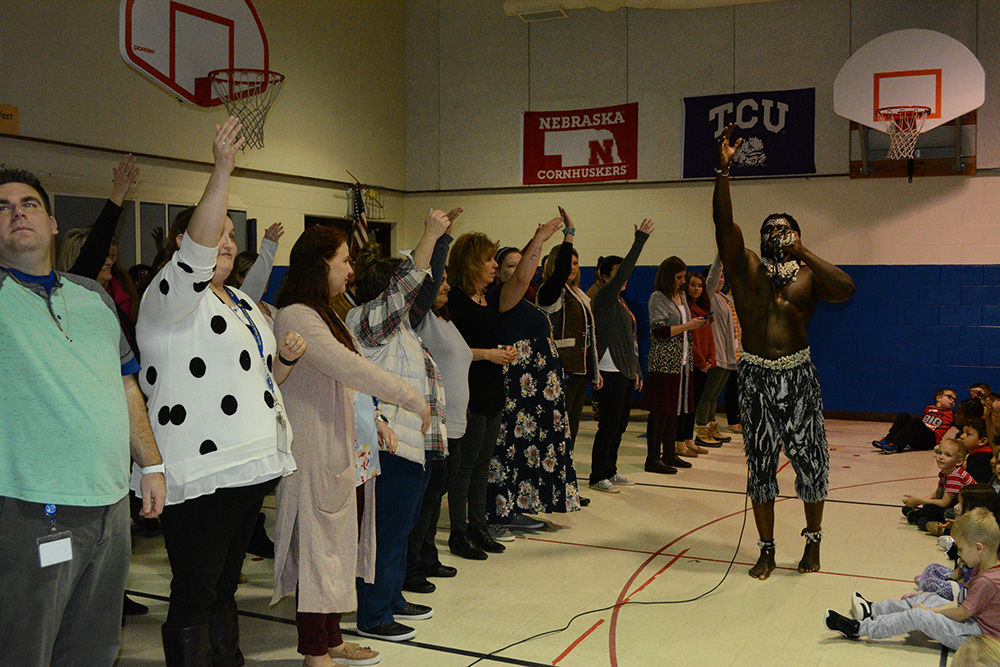 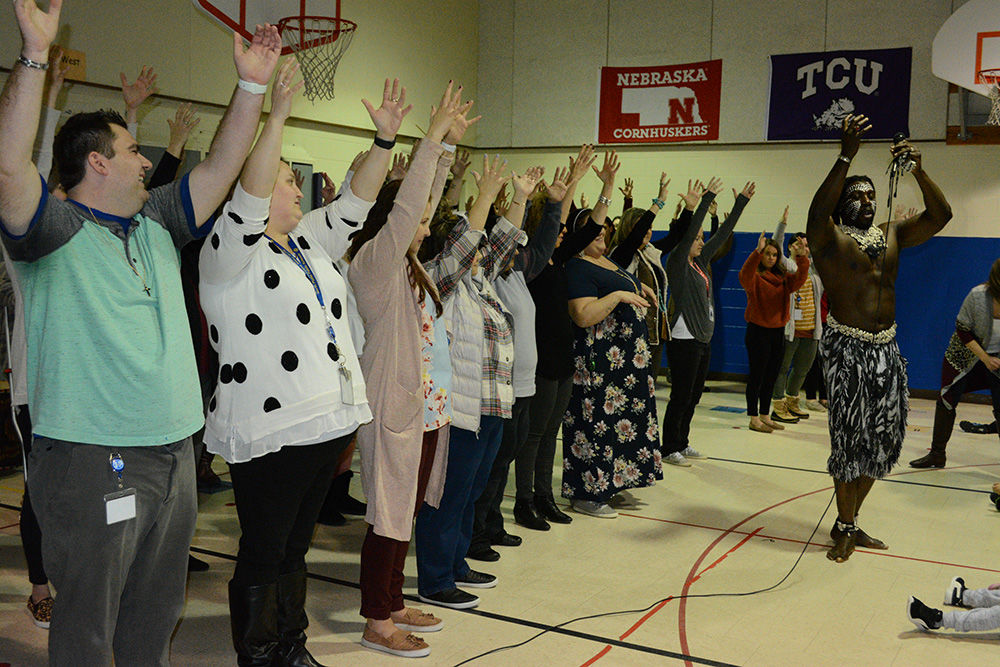 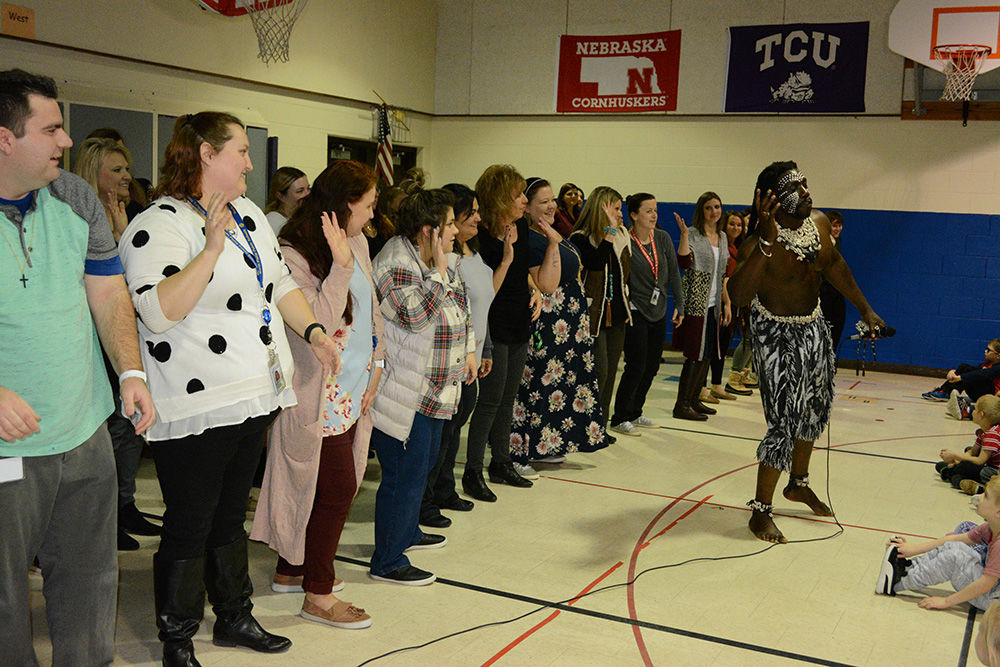 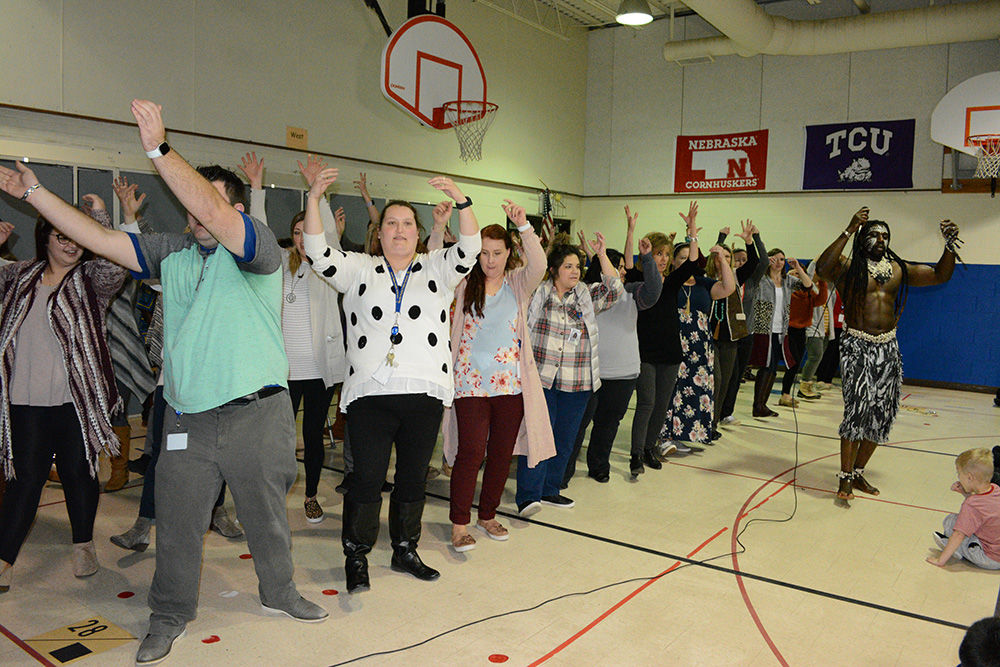 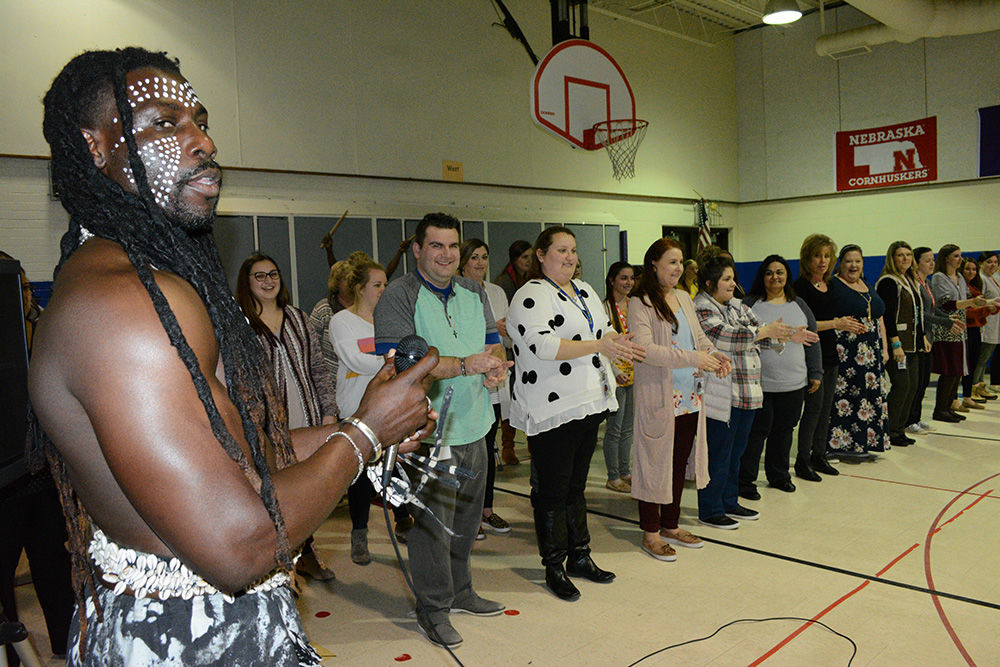 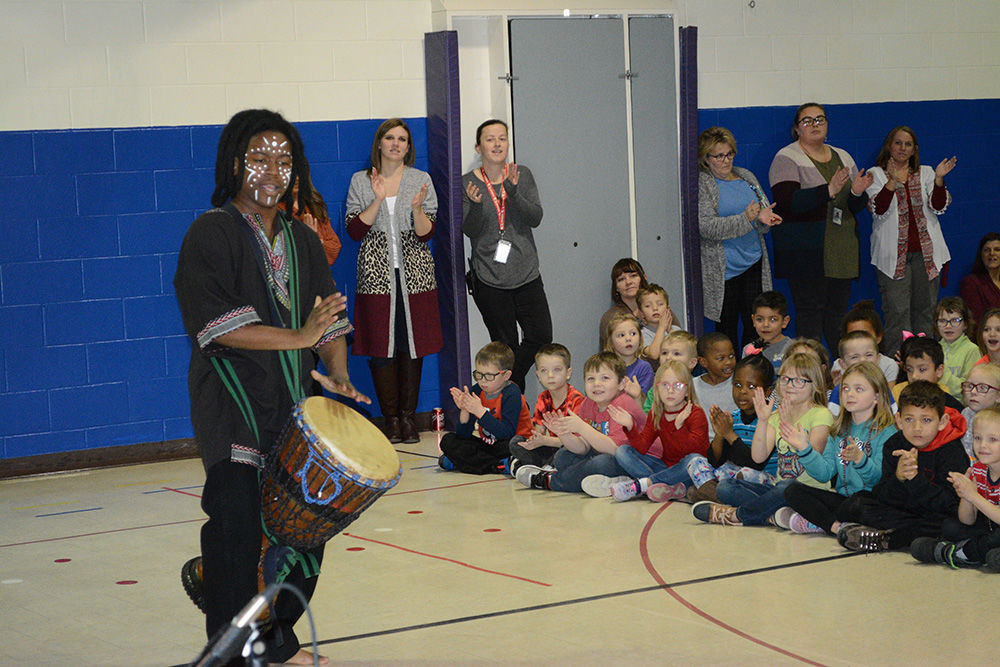 Oumar introduced the students to several dance moves, bringing up a dozen or so students to dance with him. Then he brought all the teachers to the front to have them dance with him as well, to the delight of the youngsters.

Besides dance, the troupe shared other parts of their culture including clothing, music and antique instruments.

Jefferson Principal Traci Costlow reminded the students that their hard work on fundraisers provided the money to bring the troupe to the school.