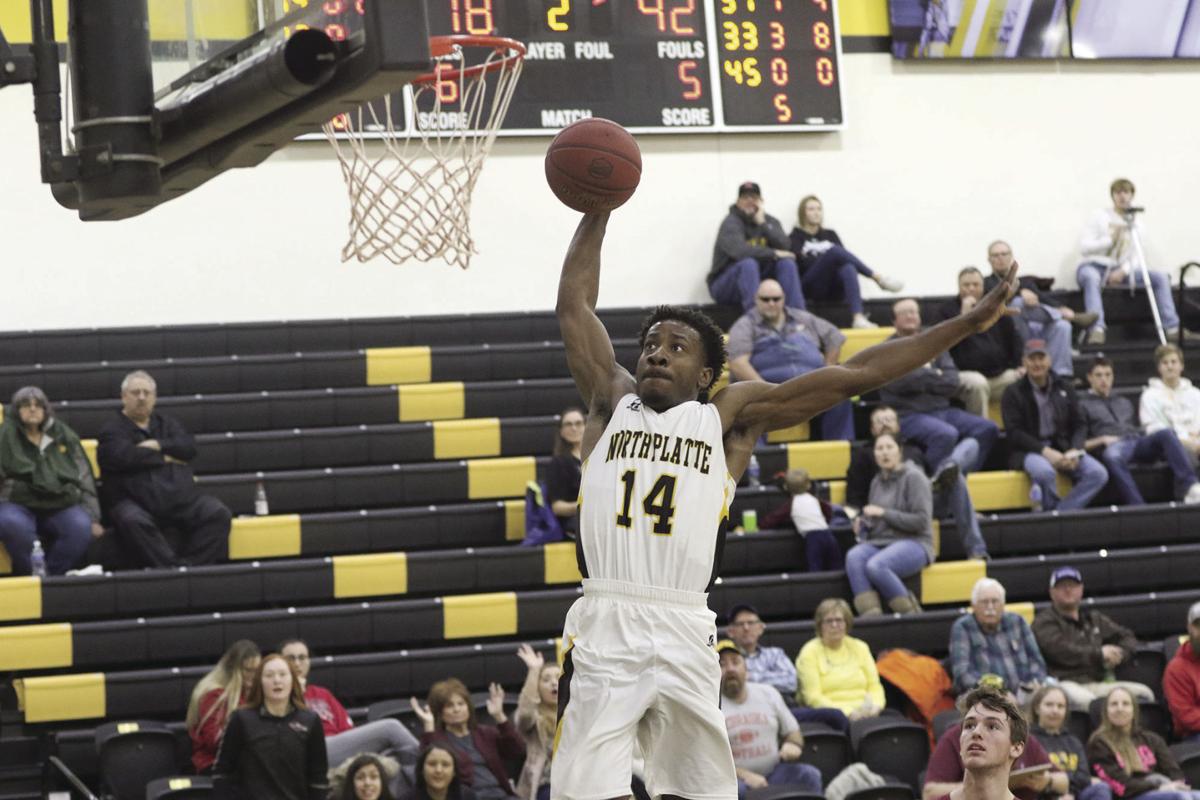 DaVonte Tharpe of North Platte Community College goes up for a dunk against Hastings College JV on Thursday at McDonald-Belton Gymnasium in North Platte. 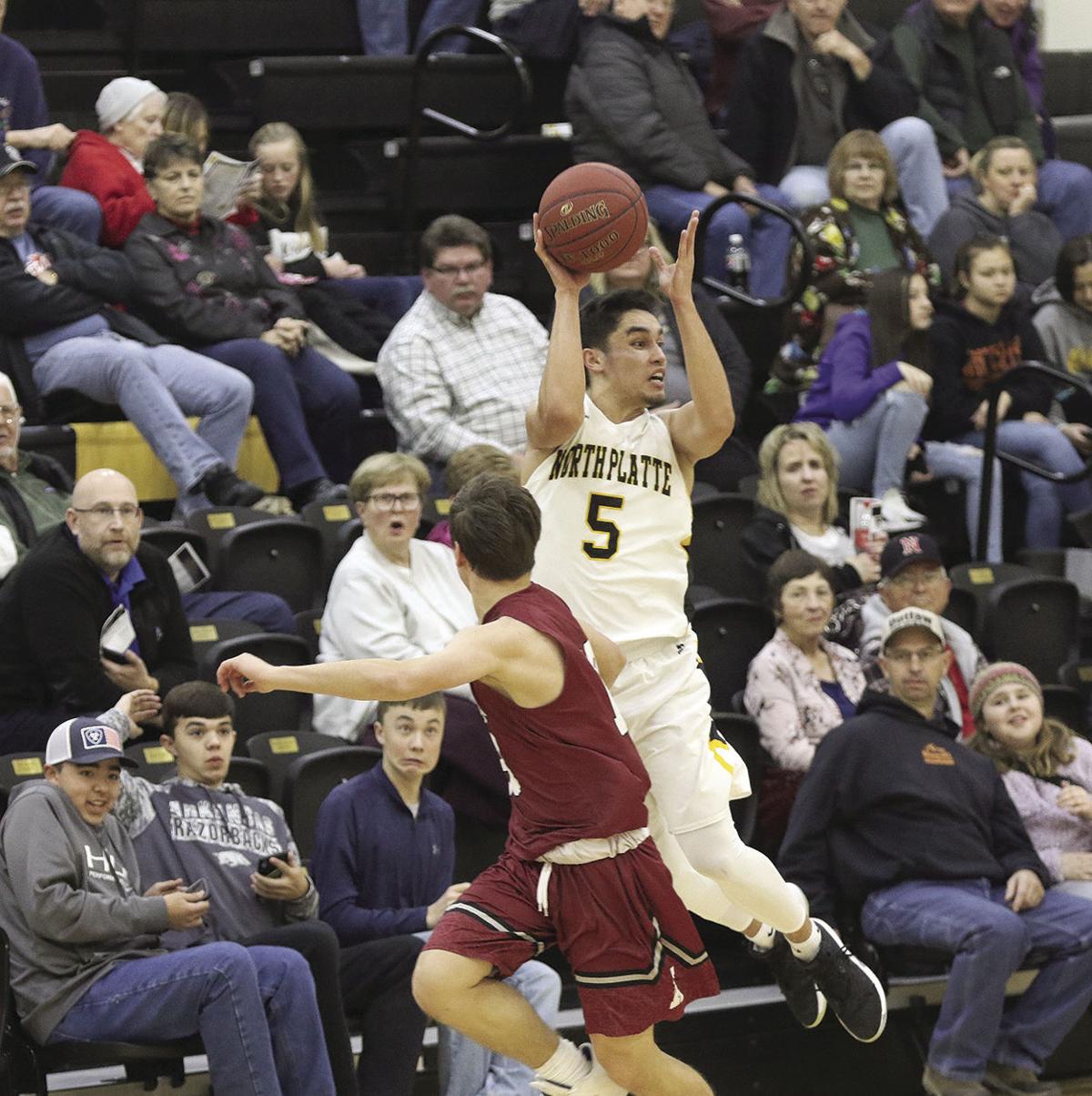 Gary White III (5) of North Platte Community College saves the ball from going out of bounds.

DaVonte Tharpe of North Platte Community College goes up for a dunk against Hastings College JV on Thursday at McDonald-Belton Gymnasium in North Platte.

Gary White III (5) of North Platte Community College saves the ball from going out of bounds.

There was no holiday hangover for North Platte Community College on Thursday.

In their first game back since Dec. 14, the Knights cruised past Hastings College JV 95-55 at McDonald-Belton Gymnasium in North Platte.

The win atoned for a 51-49 opening-night road loss to Hastings JV in a game the Knights were without six players.

This time around, the Knights (4-7) were missing their second and third-leading scorers in guards Courtney Murrell (15.8 points per game) and Damon Harge (10.4) ppg, who were both sidelined with injuries.

DaVonte Tharpe filled the offensive void, scoring a game-high 32 points on 12-of-18 shooting from the field, including a perfect 6-of-6 from 3-point range. Tharpe also had a highlight-reel dunk on a fast-break in the second half, cocking the ball behind his head and finishing with authority.

NPCC’s leading scorer on the season, Tim Johnson (18.0 ppg) had 15 points and four assists and Danilo Matovic posted a double-double with 15 points and 10 rebounds.

Doniphan native Logan Schuldt and Mead product Josh Quinn were the only Broncos (4-4) in double figure with 12 points apiece, while Gothenburg native Collin Hahn had two rebounds in just over four minutes on action.

After the Broncos hung around early, NPCC began creating separation at around the 8:00 mark of the first half.

With the Knights leading 28-22, Gary White III dished to Tharpe, who drained one of his six 3s. On NPCC’s next possession, it was White this time who nailed the triple. Tharpe ended the half with four more 3s and the Knights took a commanding 56-33 lead into the locker room at halftime and cruised in the second half, outscoring the Broncos 39 to 22 in the final 20 minutes.

NPCC is back in action on Tuesday at 7 p.m. when they host Northeastern Junior College. The NPCC women’s team hosts Southeast Community College on Saturday at 2 p.m.