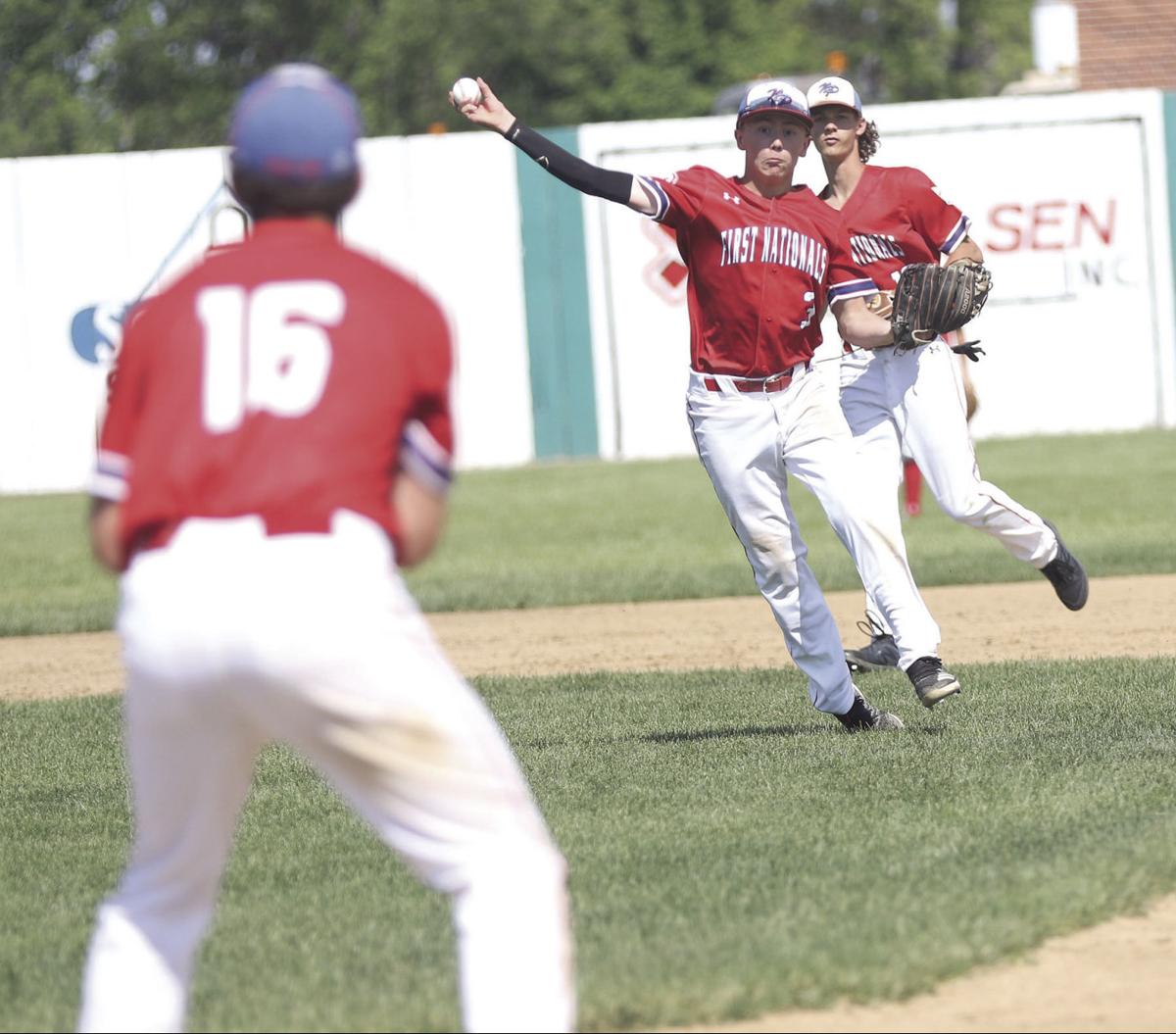 Trey Barker of the North Platte First Nationals juniors throws to Jeremiah Seamann to record an out against Scottsbluff on Wednesday at Bill Wood Field in North Platte. 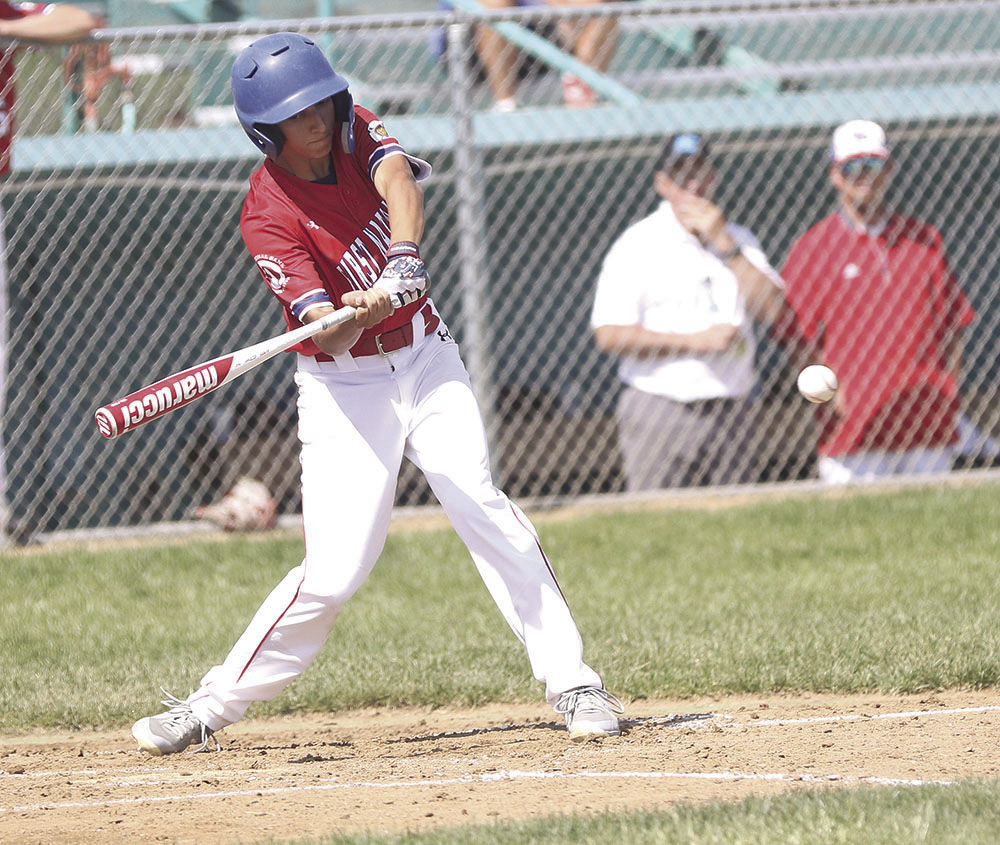 Cy Wagner of the North Platte First Nationals juniors swings at a pitch.

Trey Barker of the North Platte First Nationals juniors throws to Jeremiah Seamann to record an out against Scottsbluff on Wednesday at Bill Wood Field in North Platte.

Cy Wagner of the North Platte First Nationals juniors swings at a pitch.

After a big 5-4 road win over Hastings Tuesday, North Platte returned home to Bill Wood Field and swept Scottsbluff Westco Express 13-5 and 15-4 in a pair of run-rule shortened games.

Already 15 games into his first season as head coach, Jace Barker has guided the North Platte juniors to a 14-1 record — the lone loss coming when they split a doubleheader with Columbus on May 25. While happy with where the team currently stands, Barker remains a stickler for details.

"It’s kind of nitpicky, but we had one bad inning tonight, so we need to eliminate that. Our pitchers are doing well for the most part, but we need to continue to throw strikes and not walk people. We had a few missed signs, which hurt us and led to Scottsbluff turning a double play on us," Barker said. "But, we are playing well and our record speaks to that. Beating Hastings really kind of showed we’re the real deal, but we can’t get complacent. We’ve got to stay hungry no matter who we’re playing."

"I was pretty happy with our patience at the plate. Sometimes we struggle with slower pitchers, but I was happy to see our hitters sit back, wait on the ball and go up the middle and to right field," Barker said. "We had a few bombs to center and left and those are going to come, but we can’t always expect that."

Game 1: North Platte jumped out to 13-0 lead through the first three innings to end the suspense early.

Trey Barker, Tate Janas and Bryce Butterfield did the most damage, all recording three-hit games. Barker also scored three runs and added two RBI, Janas crossed the dish twice and knocked in a game-high four runs, and Butterfield drove in one. Derrick Kuhlmann added a pair of RBI and two runs scored, while Cody Wight had the other two RBI for North Platte.

First Nationals starter Jaylan Ruffin earned the win, pitching four innings, allowing four earned runs on five hits, while walking three and striking out three. Carter Kelley finished things off, pitching one inning of relief, allowing one run — none earned — on no hits, walking one and striking out one.

North Platte outhit Scottsbluff 16 to five and committed two errors. Scottsbluff only had one official error, but had several fielding miscues that the First Nationals took advantage of.

The meat of North Platte’s order produced, with 3-4-5 hitters Tyler Tobey, Janas and Butterfield going a combined 8-for-11 at the plate with nine RBI. Tobey was a perfect 4-for-4 and all three players had three RBI.

Nathan Moats started on the mound for North Platte, throwing two innings, giving up four runs — two earned — on five hits, walking a pair a striking out one.

Barker shut the door, pitching the final three innings, allowing no runs on no hit, walking none and striking out five.

North Platte outhit Scottsbluff 14 to five and only committed one error, while Scottsbluff had five.

"We expect excellence from these guys and they’re up for the challenge," Barker said.

SCOTTSBLUFF — The North Platte seniors dropped a pair of games to Scottsbluff on Wednesday at Cleveland Field.

North Platte (2-7) will host the North Platte Tourney this weekend at Bull Wood Field with games Friday, Saturday and Sunday.