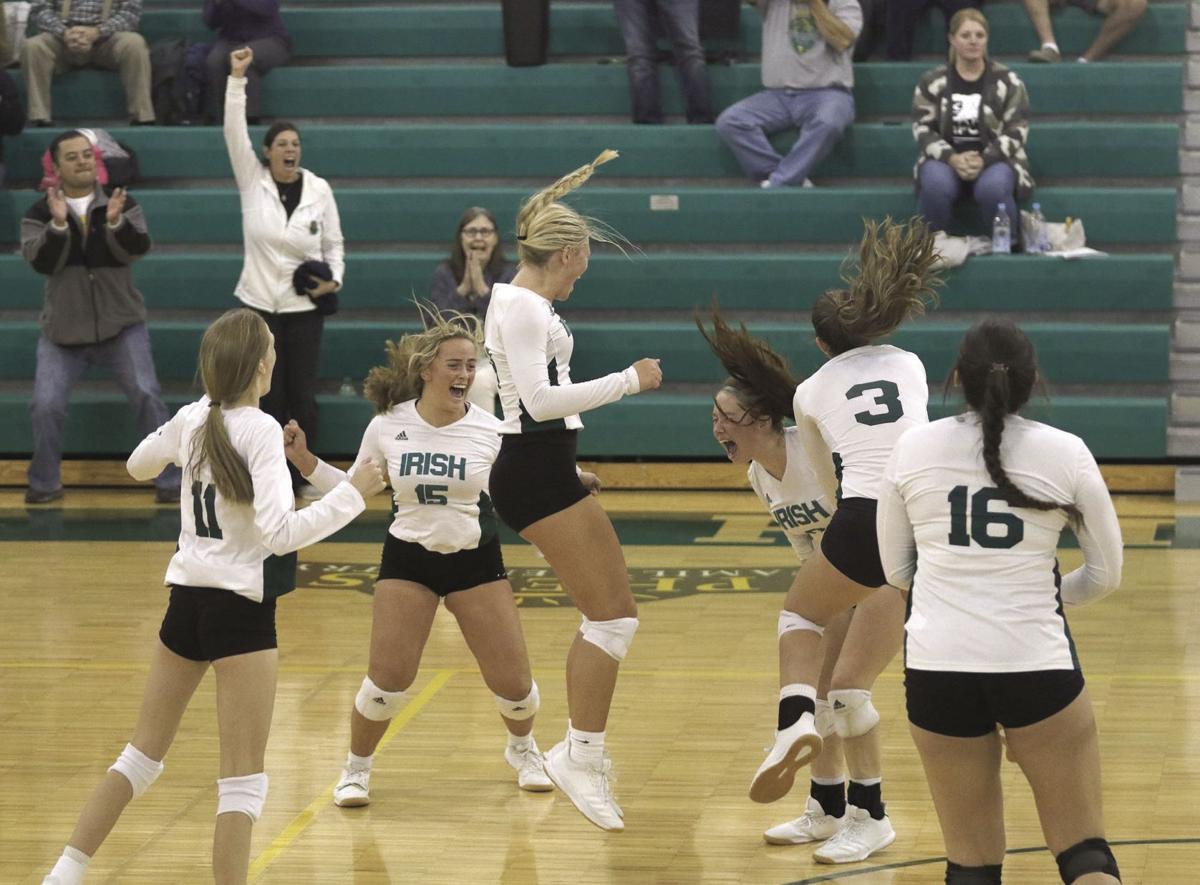 St. Pat’s players celebrate after the match-winning point in a 3-2 victory over Brady on Thursday at McGahan Activities Center in North Platte. The win was the 200th in the career of Irish head coach Janet Victory. 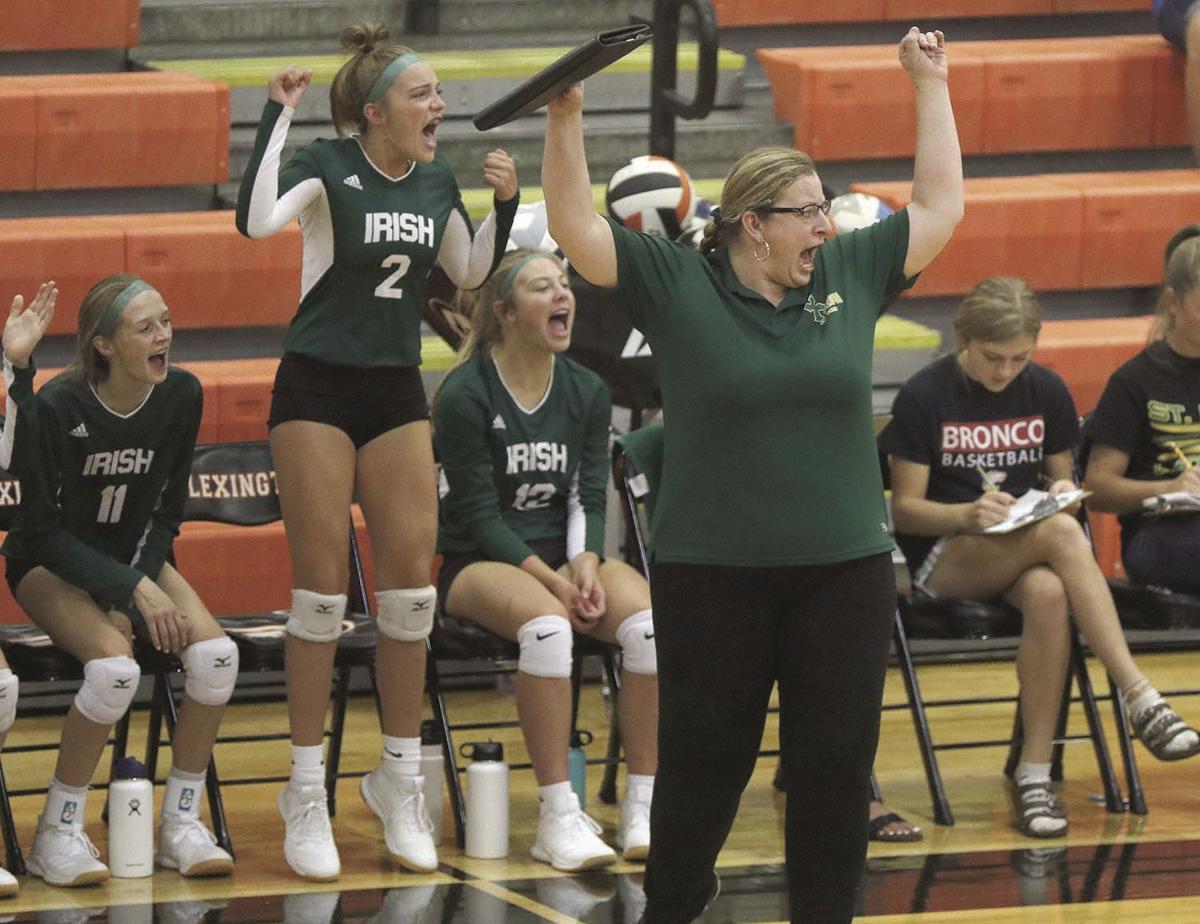 St. Pat’s players celebrate after the match-winning point in a 3-2 victory over Brady on Thursday at McGahan Activities Center in North Platte. The win was the 200th in the career of Irish head coach Janet Victory.

Janet Victory made true on her surname for the 200th time on Thursday.

The first-year Irish volleyball coach, who previously had a decorated coaching career at Crawford, led her new team to a wild comeback win over Brady at the McGahan Activities Center in North Platte.

With both teams in the midst of four-game losing streaks coming into the night, the hunger to win on both sides was evident.

After the Irish (13-9) won the first set, Brady (12-11) stormed back, winning the second set in extra points, then the third. St. Pat’s won the fourth set, then overcame a 9-2 deficit to win the decisive fifth set.

"What a way to get my 200th win," Victory said. "We’ve been in a little slump, but everyone on this team works hard, they always listen to me, they’re always happy and tonight they played together great as a team."

The Irish have been in

reconfiguration mode after losing junior outside hitter Rachel Heiss to a season-ending injury on Oct. 1 at Mullen. Before going out, Heiss led the Irish in aces, serves received and kills.

"When we lost Rachel, we just had to work some things out and make adjustments," Victory said. "But, I’ll tell you what, these girls never give up and always work hard."

One of the tactical changes Victory made was moving Brooklyn Childears into that spot. The senior responded with a career-high 13 kills.

Defensively, the all-class leader in digs, Brooke McClellan, was a presence all night. The senior, who entered the night with 578 digs, helped keep the Eagles offense at bay in the crucial fifth set. With the Irish trailing 9-2, Victory used one final timeout to calm her team down.

"There’s no attitude on this team and there’s no letdown in any of them," Victory said. "We got down (in the fifth set), but they knew they could do it. I called timeout and just said, ‘OK girls, everyone breathe.’"

When play resumed, St. Pat’s looked like a rejuvenated squad, finishing the match on a 13-2 run to end it.

"When we warmed up tonight, I could see that the girls had the fire to win," Victory said. "A lot of these girls are relatively new to varsity, but you can’t tell. This is all about the girls. They have that confidence and they don’t like to lose."

St. Pat’s returns to action Saturday when they play at the Hershey Triangular against Hershey and Maxwell. Brady gets back at it on Thursday for the MNAC Tournament.