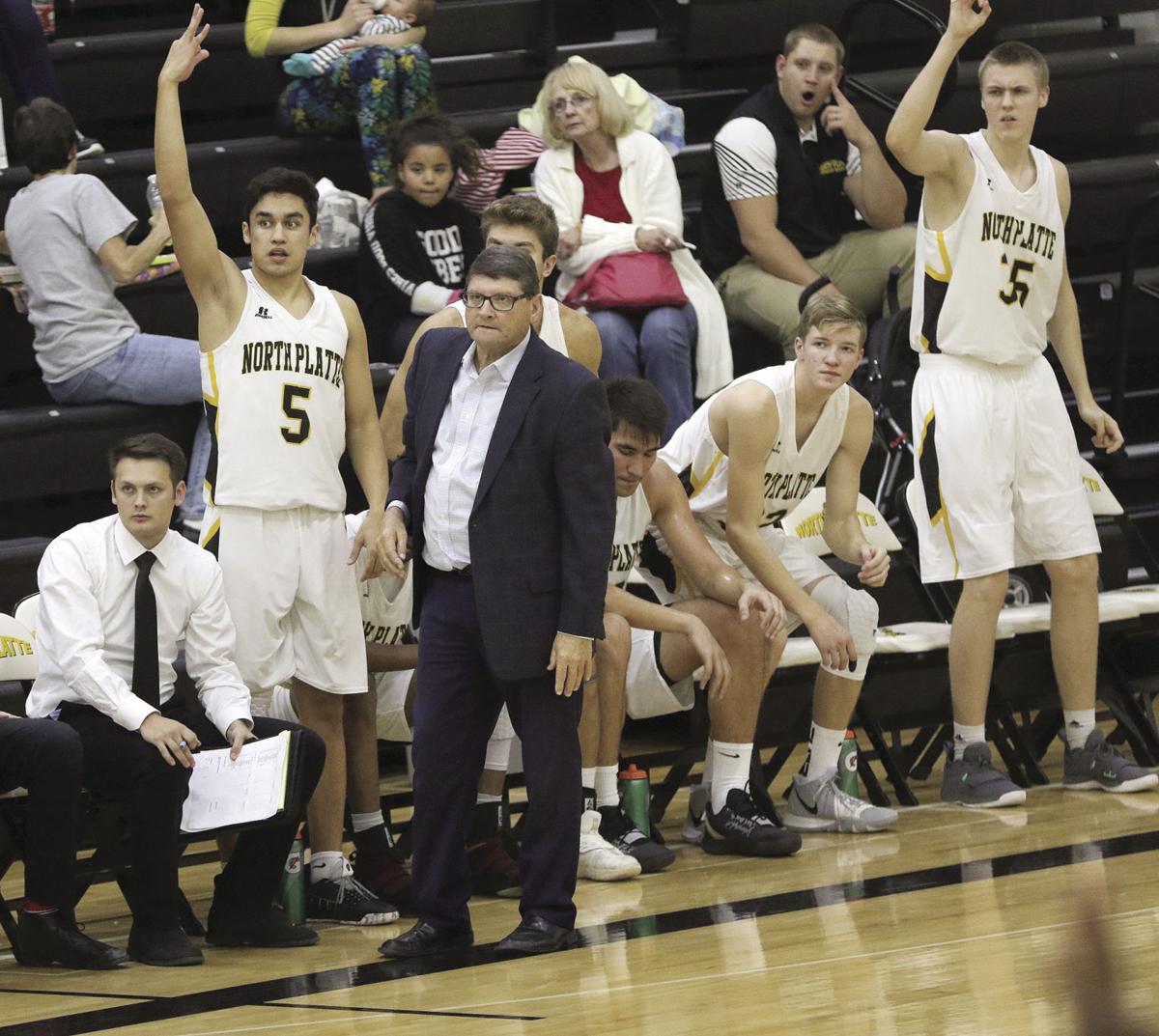 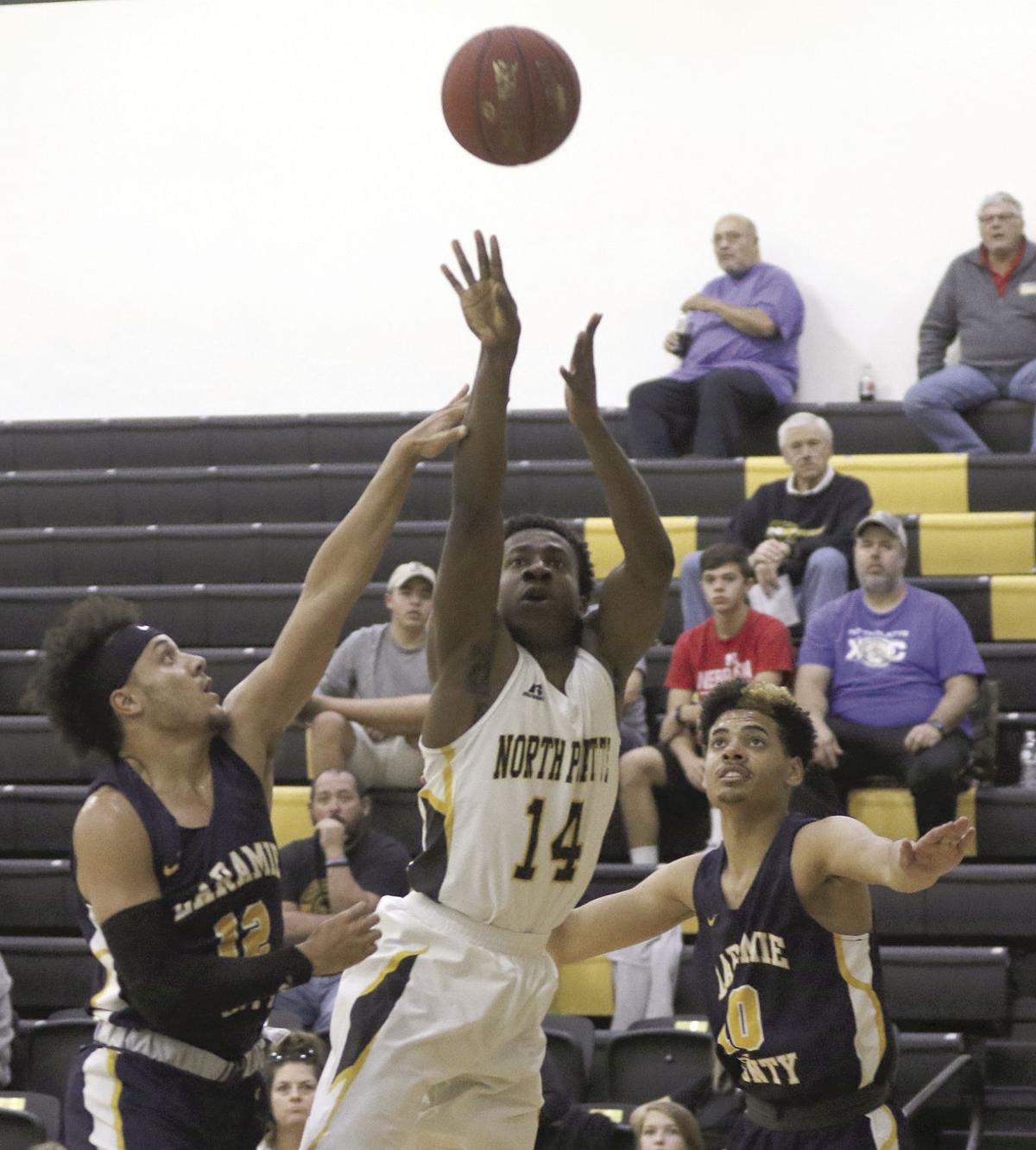 Kevin O’Connor isn’t one for grand celebrations or the type to toot his own horn.

But on a night the esteemed coach notched career victory No. 700, the question of his feelings on such an accomplishment had to be asked.

"I really don’t have anything to comment on," O’Connor said with a chuckle and wry grin. "It’s win No. 2 on the year, is what it is."

NPCC (2-1) earned its second victory in as many days, defeating Laramie County Community College 72-65 on Saturday at McDonald-Belton Gymnasium in North Platte.

Courtney Murrell led the Knights offensively with 16 points, Danilo Matovic had 14 points of 7-of-7 shooting and a team-high eight rebounds, Damon Harge added 13 points, Luke Christen and DaVonte Tharpe both had eight and Slavomyr Marchenko rounded out the scoring with two.

The Knights achieved victory by accomplishing a couple of O’Connor’s keys: Make more free throws than the other team attempts and commit 12 or less turnovers.

And while the Knights didn’t have an extraordinary offensive game — shooting 23-of-56 for 41% from the field — they made it even harder on the Golden Eagles (1-3), which converted just under 37% from the field.

However, it wasn’t all smooth sailing for the Knights in a game with five tied and eight lead changes.

Golden Eagles leading scorer Erik Oliver — who finished with a game-high 21 points — sunk a shot with just under 10 second on the clock, giving his squad 31-30 halftime advantage. Laramie County also outrebounded NPCC 43 to 37, including 19 to 9 on the offensive glass. Much of that coming in the first 20 minutes.

"Laramie County took the game to us early," O’Connor said. "They really rebounded hard on the offensive boards. Our first half rebounding was horrendous. We weren’t checking anyone off and then their guards were taking it to us. We just seemed to be on our heels."

Things didn’t improve immediately to start the second half either, as the Golden Eagles began the half on a 5-0 run, taking a 37-30 lead three minutes into the half.

Harge got things going for the Knights, draining a 3-pointer, immediately followed by a transition layup after a steal, cutting the margin to one.

For the next three minutes, the two teams went back and forth, trading baskets.

The Knights began to create separation from there, going on a 12-3 run — the largest of the game.

The Golden Eagles continued hang around and chip away, getting witching five with 18 seconds left, but that’s as close as they came.

"I thought in the second half we played much better and were scrappier," O’Connor said. "We worked on our zone offense in shootaround and in the first half it looked like we hadn’t learned anything. In the second half, we executed a lot better and it made a huge difference because we started to get a lot ore easy looks."

The Knights are back in action on Wednesday when they host Garden County Community College at 7 p.m.