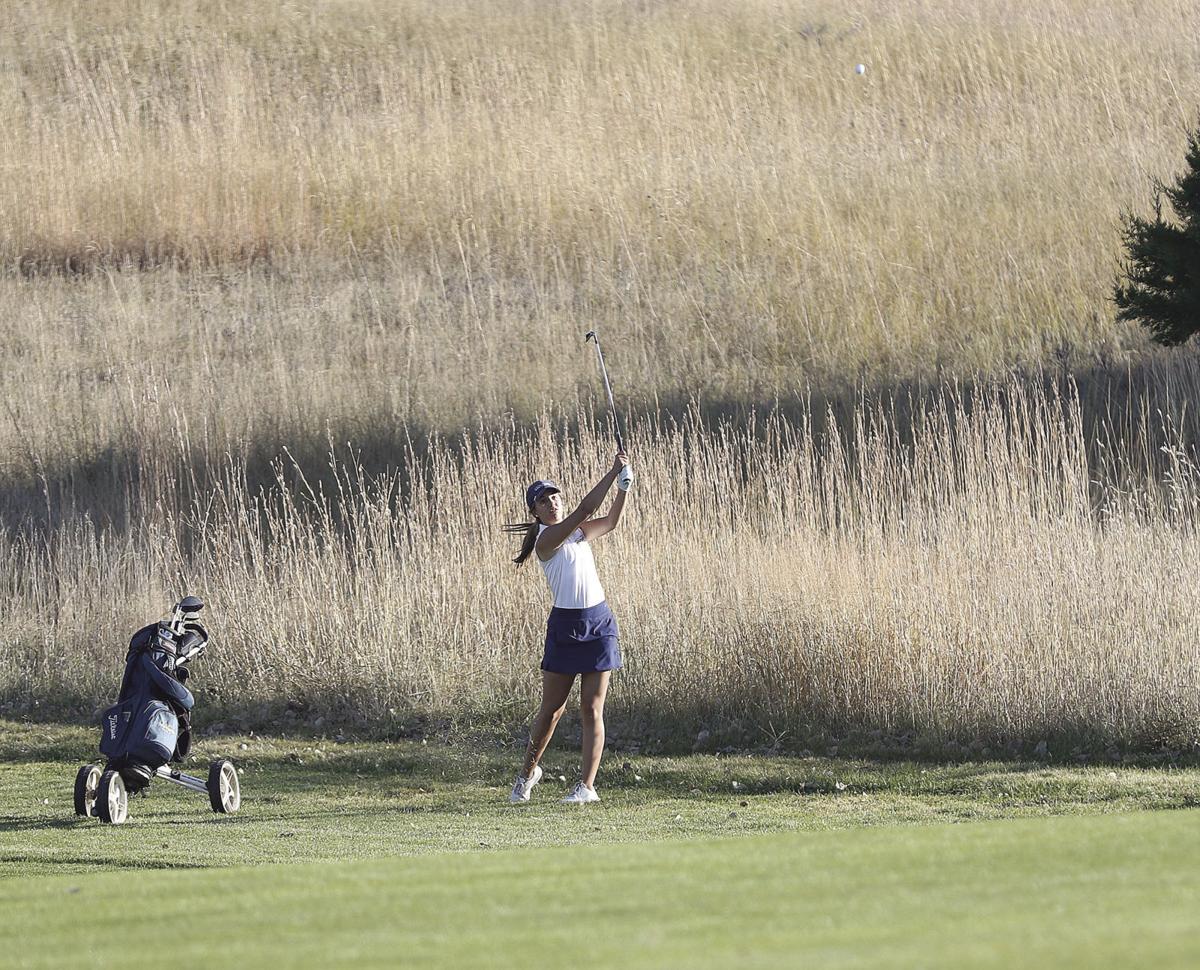 Grace Fahleson of Lincoln Lutheran hits from the fairway on the 18th hole during Monday’s opening round of the Class C Girls Golf Championships at Lake Maloney Golf Club in North Platte. 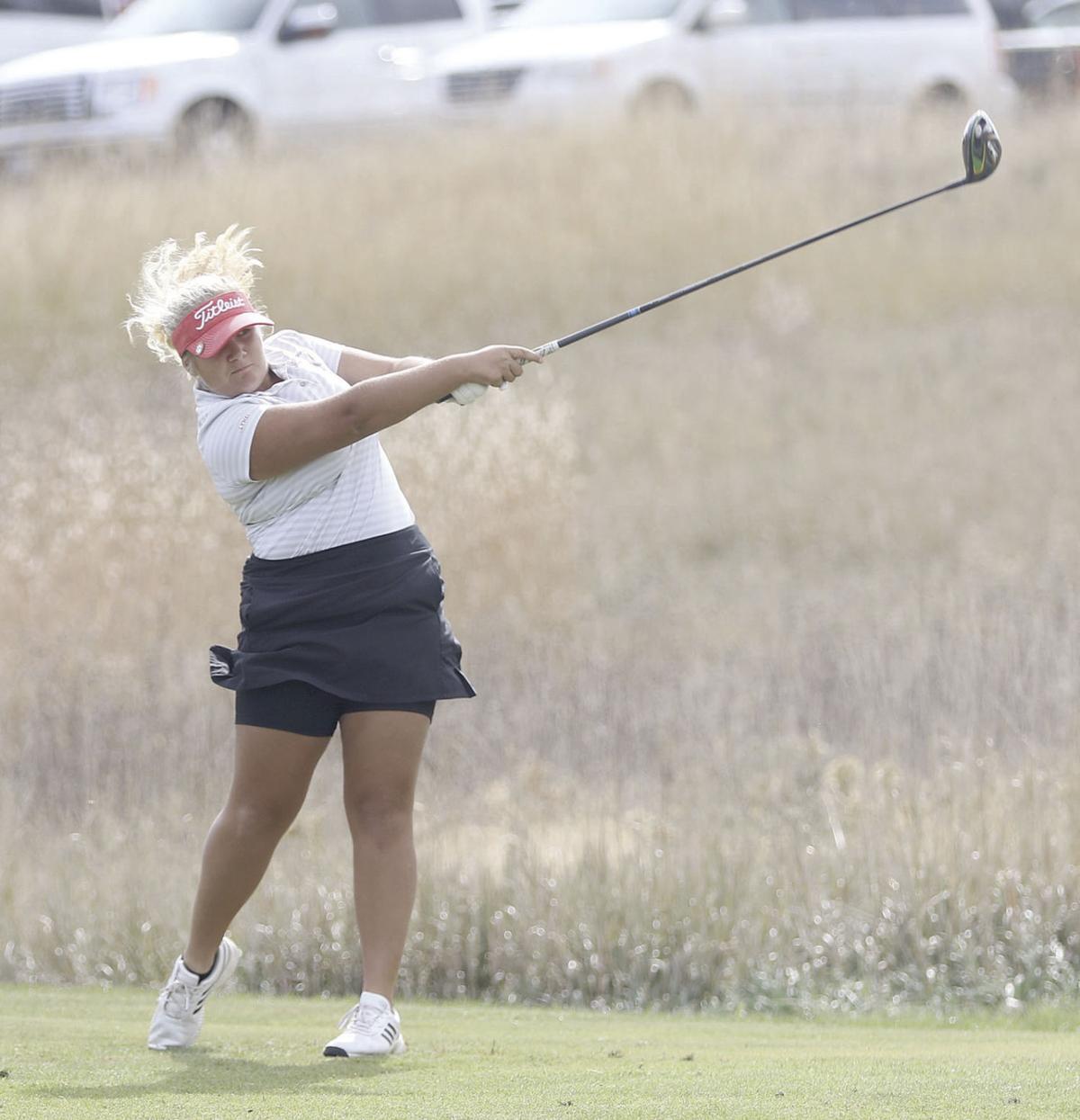 Lynzi Becker of Cozad tees off during Monday’s opening round of the Class C Girls Golf Championships at Lake Maloney Golf Club in North Platte.

Grace Fahleson of Lincoln Lutheran hits from the fairway on the 18th hole during Monday’s opening round of the Class C Girls Golf Championships at Lake Maloney Golf Club in North Platte.

Lynzi Becker of Cozad tees off during Monday’s opening round of the Class C Girls Golf Championships at Lake Maloney Golf Club in North Platte.

Lincoln Lutheran sits atop the leaderboard following a shuffle among teams for the lead during Monday’s opening round of the Class C Girls Golf Championships.

The Warriors, who finished sixth a year ago, carded a 378 to take a six-stroke lead over Lincoln Christian heading into the final round at Lake Maloney Golf Club’s par-72 course in North Platte Tuesday.

"Our girls really came together today and played their best golf of the year so far," Lincoln Lutheran head coach Mark Clanton said. "They shot their best score of the season, and I think that’s going to set the tone going into tomorrow."

Sophomore Grace Fahleson led the Warriors with 18-over-par, shooting splits of 47 on the front nine and 43 on the back to finish the round. But it was Lincoln Lutheran’s parity from the second golfer to the fourth that spelled consistency on Monday.

Natalie Barrett, Rachel Volin and Hannah Ernst each finished no more than seven strokes apart. Barrett carded a 93, while Volin finished with a 95 and Ernst a 100.

"We had three girls shoot their personal best here today," Clanton said. "They’ve consistently played their best golf late into the season, and I know they’re capable of putting up a great performance tomorrow."

Lincoln Lutheran’s rise to the top, however, hinged on a late decline from West Point-Beemer, which had a seven-stroke lead over the Warriors and the 15-team field early on Monday.

But despite finishing seventh in the opening round, Cadets head coach Keith Eriksen believes the team carries the sort of short-game tailored for Lake Maloney’s course in order to sneak back into contention.

"The course is a lot like Indian Trails back in Beemer," Eriksen said. "The greens are tough here just like they are in Beemer. It really comes down to a short game, and our girls take pride in their short game."

Brook Diekemper and Kailey Johnson led the Cadets with a 91 and 92, respectively, while Allie Boell finished with a 107 and Shelbie Woerman a 113.

Becker, who snagged seventh a year ago, represented the only returning Haymaker from the 2018 co-champs.

The sophomore settled into third place after the opening round, finishing just two strokes away from Kimball’s Payton Wise and Boone Central’s Abbigail Brodersen.

Becker opened the championship with a 40 on the front nine, clinging to the lead through 15 holes before slowing down on the back nine to finish 8-over-par.

"We had a little tough time on the back (nine), but we’ll be alright for tomorrow," Cozad head coach Teresa Osborn said. "She’ll need to just play her game and trust herself, really."

The second and final round of the Class C state meet is scheduled begin on Tuesday at 9:30 a.m., a 30-minute delay from the original start time due to cold temperatures.