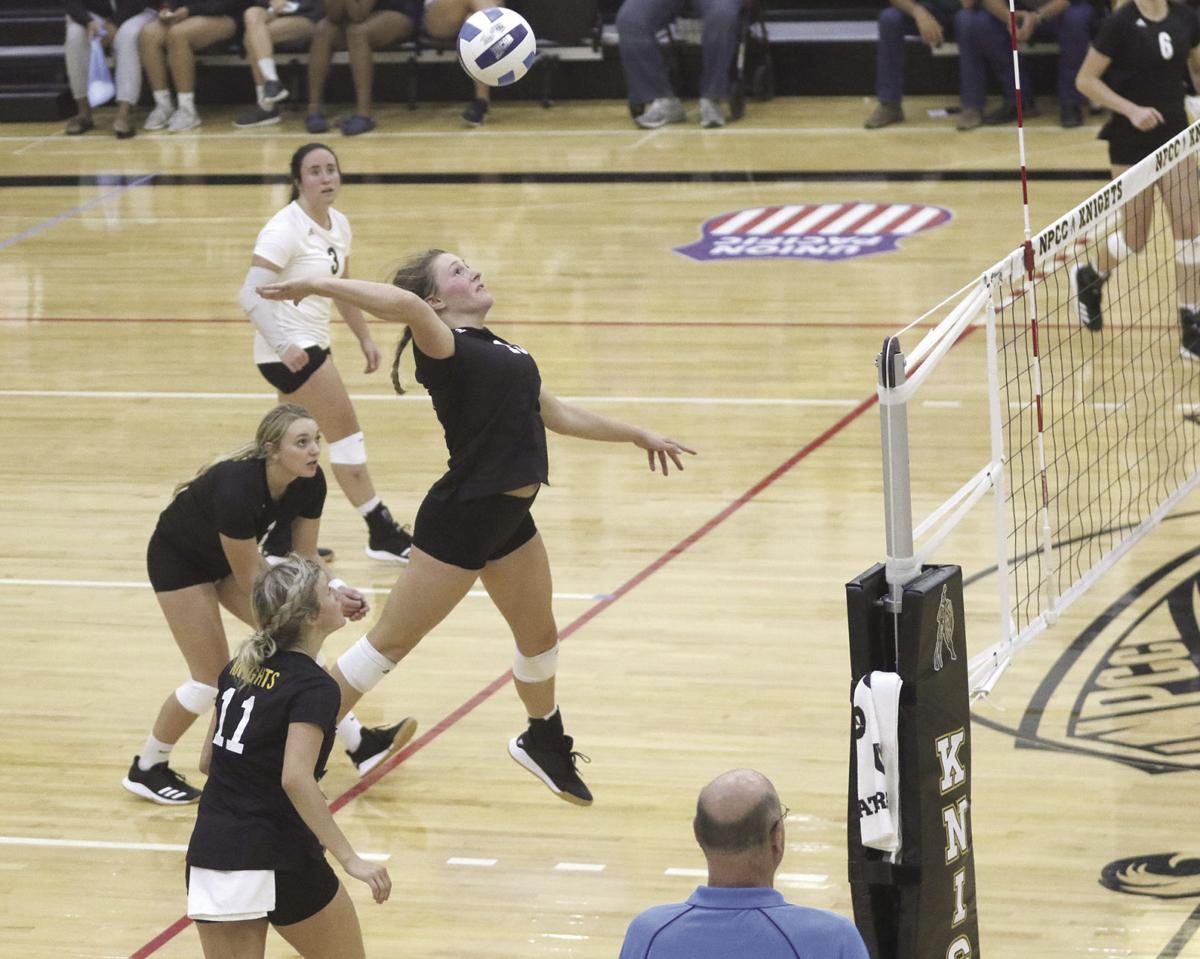 Peyton Negley of North Platte Community College leaps to spike the ball during a match against Hastings JV on Wednesday at McDonald-Belton Gymnasium in North Platte. NPCC won the match, 3-1. 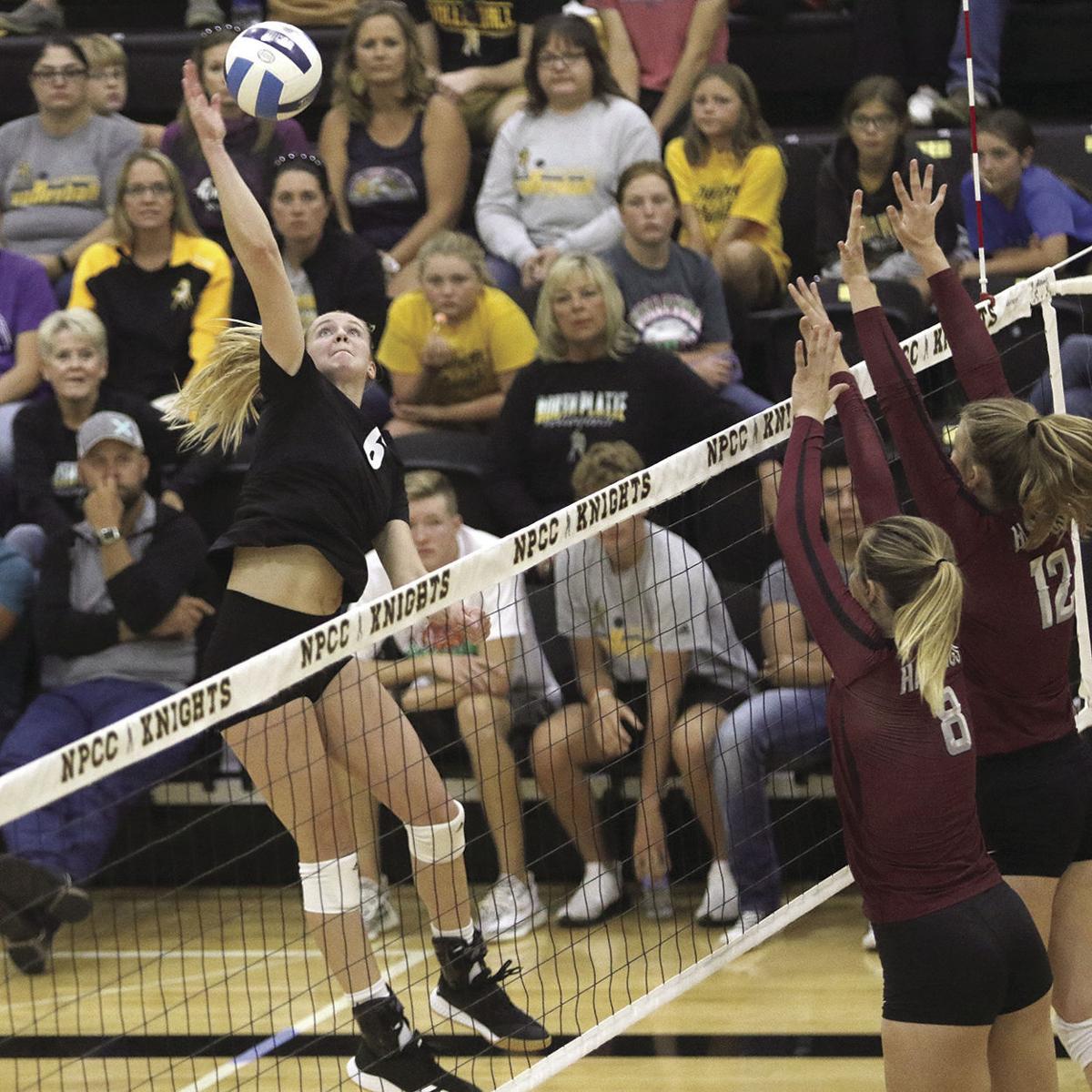 Sydney Mullin, left, of NPCC jumps to hit the ball as Callah Glauch (8) and Rachel Hefta of Hastings JV attempt to block it.

Peyton Negley of North Platte Community College leaps to spike the ball during a match against Hastings JV on Wednesday at McDonald-Belton Gymnasium in North Platte. NPCC won the match, 3-1.

Sydney Mullin, left, of NPCC jumps to hit the ball as Callah Glauch (8) and Rachel Hefta of Hastings JV attempt to block it.

After the match, Knights head coach Alexa McCall talked about her team needing to execute and find a way to finish off the opponent.

"Finishing games has been what we’ve worked all week on in practice. It’s always good when we can gain control and keep it," NPCC head coach Alexa McCall said.

However, it was the Broncos that took control at the onset of the match. With the score tied 20-20 in the first set, Hastings JV rattled off the final five points to take a 1-0 match lead.

With ideas on forcing a decisive fifth set, the Broncos jumped out to leads of 5-1 and 16-15.

This time, the Knights had an answer.

Hansen and Knights freshman Peyton Negley teamed up for a block-kill to tie the score at 16-apiece. Negley — who finished the night with 17 kills on the night — sent Knights fans home happy by hammering home the final two kills of the night to finish off the Broncos.

Although McCall wasn’t pleased with how her team started the fourth set, she liked their answer.

"I thought we were undisciplined and kind of sitting back letting (Hastings JV) dictate things, which I was frustrated by," McCall said. "I thought we did a good job of responding, cleaning things up and finishing the match."

NPCC got good production from a mix of players on Wednesday. Bailey Chintala had 24 digs and Ruby Valle had 17, while Erica Hopping added 52 assists.

"Our coaching staff has talked about this all year, but our next group is breathing down their backs," McCall said. "We want kids to be ready when we call their number and I think tonight was a good example of that."