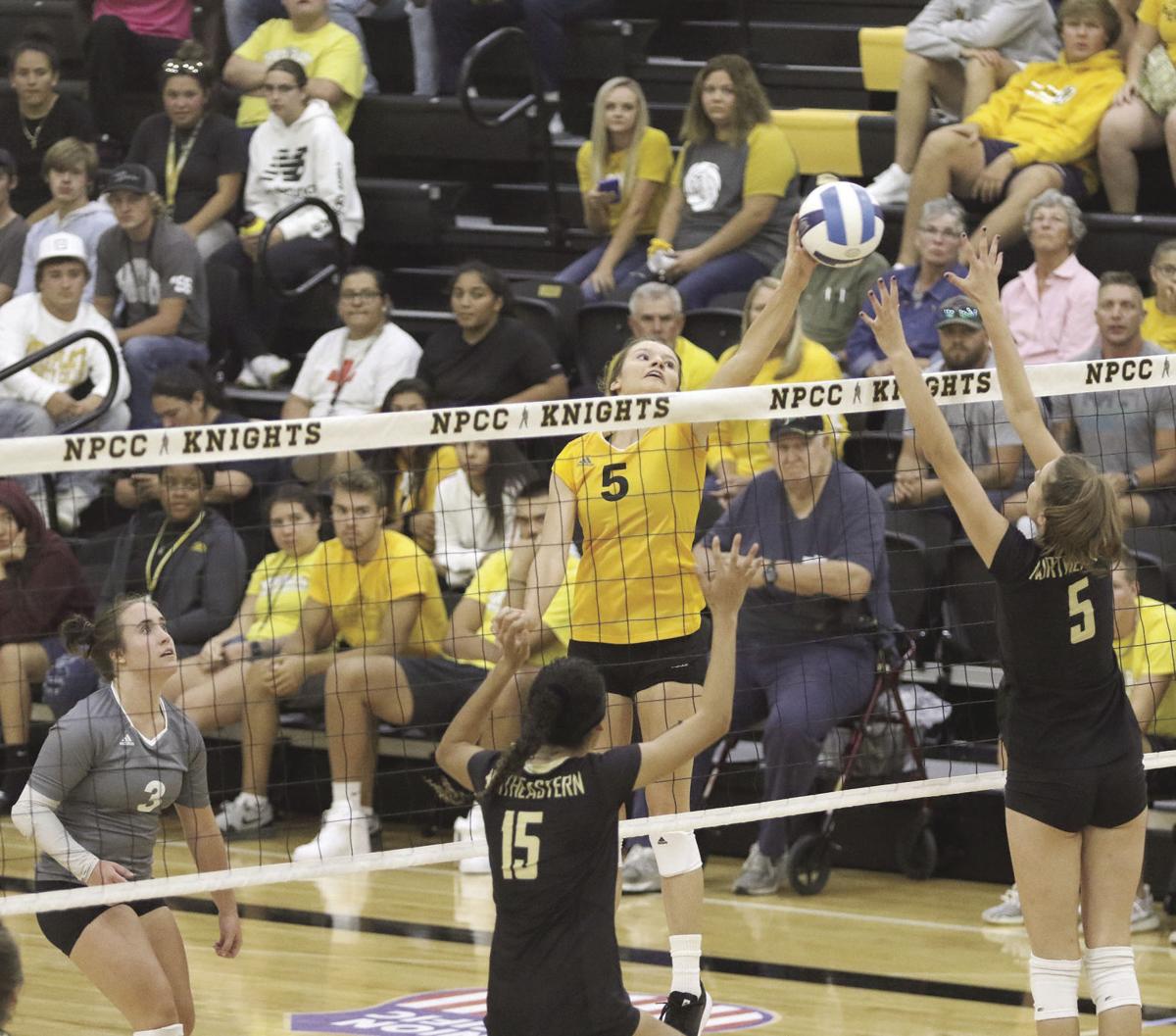 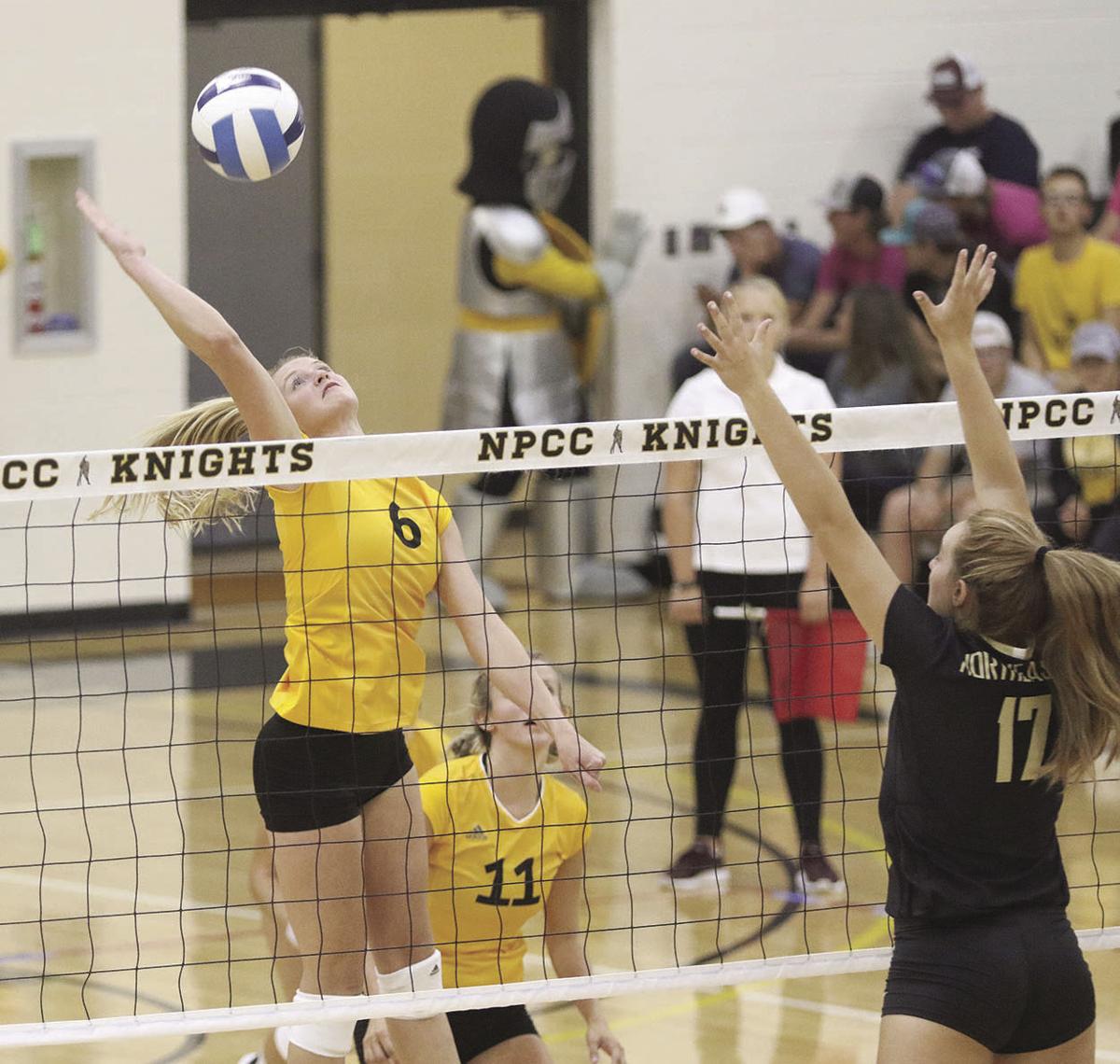 Sydney Mullin of NPCC reaches for the ball against Northeastern Junior College on Wednesday.

Sydney Mullin of NPCC reaches for the ball against Northeastern Junior College on Wednesday.

NPCC (2-3) stunned the Plainswomen (4-1) early, snapping their nine-set win streak over the past three games, a short-lived triumph that transitioned into NJC snagging consecutive (18-25, 15-25, 22-25) sets to win the game Wednesday at McDonald-Belton Gymnasium.

"We held back a little bit too long today," McCall said. "We can’t win games by playing catchup all the time. We need a good start, middle and ending. We need to put things together more consistently, because we were just too up and down."

The roller coaster, however, began in ascension for the Knights, who played from behind to overcome NJC in a 31-29 first-set marathon. After trailing all set, the Knights eventually tied it at 24 apiece, which they parlayed into their first lead in extra sets to complete the comeback.

"Winning that first set proved that we had the guts to stick it out," McCall said. "It is still early in the season, but that showed that we can make that happen in late-game situations."

Unfortunately for the Knights, the roller coaster’s force of gravity made the fall a steep one.

NJC started the second set with a five-point lead over the Knights, which they extended by as many as eight. This time, however, the Plainswomen held off another possible NPCC comeback to win 25-18.

Then a 7-1 run by the Plainswomen to start the third set transitioned into a 16-3 lead over NPCC. NJC dominated the Knights in the set, shutting the door early to clinch a 25-15 win.

"We definitely sat back in the next couple of sets and let them do whatever they wanted," McCall said. "That’s something we can’t let happen if we expect to win games."

The Knights received a game-high 45 assists from freshman Erica Hopping in the losing effort, while sophomore Sydney Mullin led NPCC in kills with 12. Taylor Hansen added 11 kills, and a triple effort from Bailey Chintala’s 19 digs, Hopping’s 15 and Ruby Valle’s 14 made up the bulk of the Knights’ 82 digs.