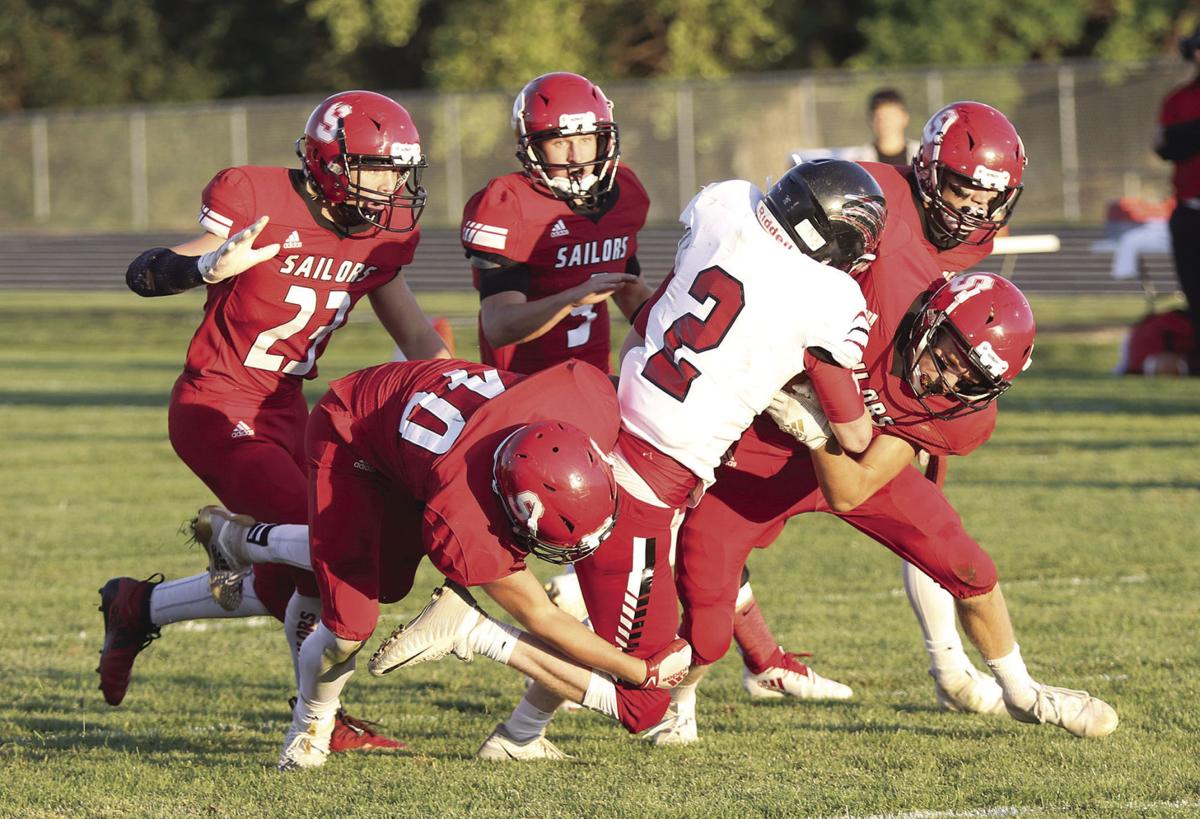 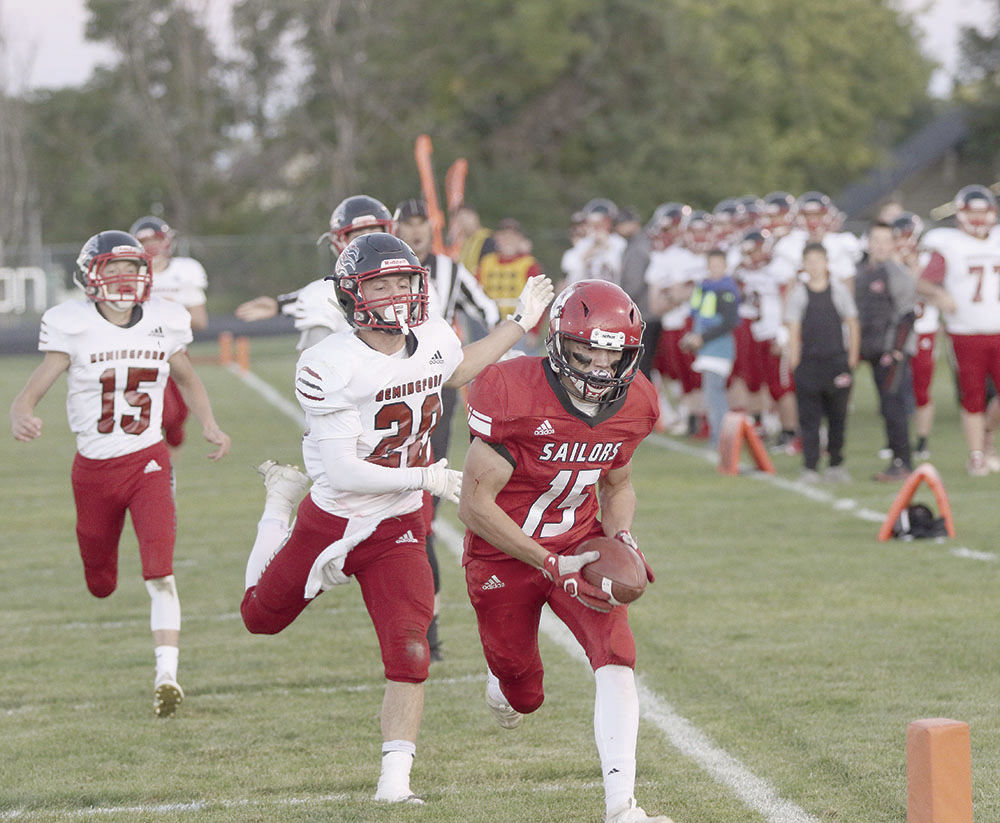 Connor Floyd (15) of Sutherland reaches for the pylon as he scores a touchdown against Hemingford on Thursday in Sutherland.

Connor Floyd (15) of Sutherland reaches for the pylon as he scores a touchdown against Hemingford on Thursday in Sutherland.

SUTHERLAND — Momentum can be a fickle thing in high school football.

With 5 minutes, 42 seconds, remaining before halftime, Hemingford led Sutherland 18-8. The Bobcats had scored on their first two possessions, had forced the Sailors to punt on their first two, and had just come up with a goal-line stand on 4th-and-goal from less than a yard out to regain possession.

Things would go dramatically different the rest of night.

"I think our kids just calmed down and played, which is what we talked about at halftime," Sutherland head coach Brendan Geier said. "You have to give Hemingford a lot of credit. They came out ready to play. We have a lot of respect for their program, but our guys stayed the course."

Sutherland actually grabbed momentum just before halftime, when senior quarterback Tayton Schuster connected with Noah Holm for a 30-yard touchdown reception, trimming the Bobcat lead to 18-15 at the break. Schuster finished the night unofficially passing for 112 yards and three touchdowns.

Sutherland took its first lead of the game on the first play from scrimmage in the second half on a 50-yard touchdown run from senior Connor Floyd, giving the Sailors a 22-18 advantage. Floyd finished with 150 yards and three touchdowns on the ground, showing his breakaway speed with touchdown runs of 15, 50 and 60 yards.

With firm grasp of momentum, the Sailors were unrelenting the rest of the way.

On the ensuing Hemingford possession, the staunch Sailors defense forced a turnover on downs near midfield. With possession, Sutherland took all of one play to score as Schuster connected with Ty Monie 35 yards through the air, giving Sutherland a 28-18 lead with 9:59 left in the third.

Sensing the Bobcats were on the ropes, the Sailor defense pounced.

A Mason Wright sack of Turek was followed by a Holm interception. Two plays later, Schuster rewarded Holm with another touchdown reception and the rout was on.

"The turnovers really allowed us to get things rolling in the second half," Geier said. "Defensively, once we calmed down, we played our responsibilities and got a little more physical with them."

The Sutherland defense — which shut out the Bobcats in the second half — is allowing an average of just 19.8 points per game this season.

After the game, Geier credited his players for handling all of the distractions that come with Homecoming in stride.

"We had three great practices this week, which speaks to the maturity of our kids," Geier said. "It’s really across the board, but starts with our seniors."

Sutherland hits the road next week when they play at Perkins County (1-3) on Oct. 11 in Grant.